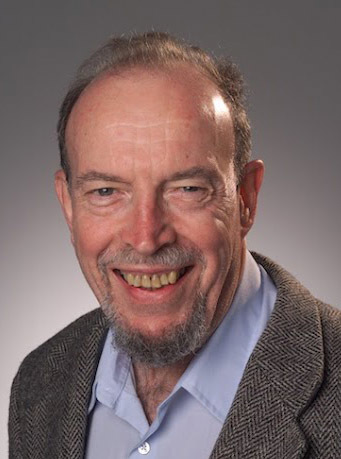 by Siegfried Engelmann (Author)
5.0 out of 5 stars 6 ratings
See all formats and editions
Sorry, there was a problem loading this page. Try again.

Educational fads come and go in the United States, yet countless numbers of children do not succeed in school. The costs to these children, their families, their communities, and the country are enormous. In this book, Engelmann examines the root of the problem. With painstaking detail, he shows how the fault lies with the educational system and all of its players: educational publishers, boards of education, teacher training institutions, school administrators, and funding agencies. Professor Siegfried Engelmann has, indeed, declared war upon educational practices that literally constitute child abuse. In this penetrating examination of our public schools, Professor Engelmann vividly explains how irresponsible practices have contributed to the paralysis of our school systems and injury to countless school children for decades. In an age demanding intellectual proficiency the cost to those children - and our nation - is incalculable. Read War Against the Schools' Academic Child Abuse and join Professor Engelmann in his campaign to protect the future of our children.Please note: This book is a reprint of the 1992 edition of War Against the Schools’ Academic Child Abuse, originally published by Halcyon House. NIFDI Press has not edited the text. Consequentially, some organizations may no longer exist and individuals may be deceased.
Read more
Previous page
Next page

Bruce Deitrick Price
5.0 out of 5 stars If You Are In Education, Please Read This Book
Reviewed in the United States 🇺🇸 on August 31, 2009
Verified Purchase
Siegfried Engelmann is among the heroes of American education. He helped create Direct Instruction, is the author of "Teach Your Child to Read in 100 Easy Lessons," and for 45 years has been fighting for more effective education.

Engelmann wants teaching to be regarded as technology; he wants education to be intelligent and scientific. I would guess there are hundreds of people at Teachers College who have no idea why he would want any of that. They prefer attitude, theory, fad, and cliche. Educators, Engelmann says, "are fundamentally looking for magic."

He writes: "Schools are guilty of much academic child abuse because they don't approach the performance standards that could be met if they used enlightened practices. The school failure is not the failure of kids, and often not the failure of teachers. It's the failure of a sick system that places more value on the whims of adults than on the obvious needs of children....When a respected `educator' indicates that a plan is based on new research into the development of the brain, the typical parent is not in a good position to say, `Baloney,' but odds are pretty good that it is baloney."

Engelmann laments: "The system panders and plays games because it is thoroughly incompetent at the top....At present, there are strong advocacy groups for the spotted owl, the killer whale, the Alaska fur seal, and hundreds of other `endangered species.' Paradoxically, millions of our kids are endangered. They will fail in school. They will suffer a very real form of child abuse. Yet these kids have far less real advocacy than the spotted owl does."

Engelmann urges people to get involved: "True reform will occur only when informed citizens become educationally literate and place demands on schools, Feds, publishers, and colleges of education to put their actions with their rhetoric is."

Here are two quibbles. Engelmann writes: "After all these years, I'm still not sure I understand why it was so important for the establishment to discredit Direct Instruction." Well, I'm sure. With all the schools in the US acting as R&D labs, the best solutions could easily be identified. If we continue to have mediocre schools, that can only be because the people in charge are not interested in finding the best solutions. On the contrary. Corrupted by ideology, the Education Establishment prefers dumb and dumber. And, the title is unfortunate. The first word reads as both verb and noun. Amazon has added a colon in the middle; I glanced at that mangled title many times without being sure what it was about. (Actual title: War Against the Schools' Academic Child Abuse. First published in 1992; this paperback seems to have been reissued circa 2000.)
Read more
13 people found this helpful
Report abuse
See all reviews