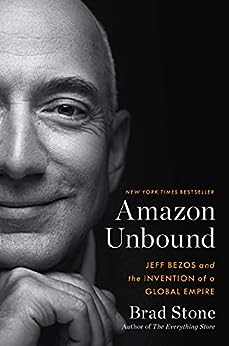 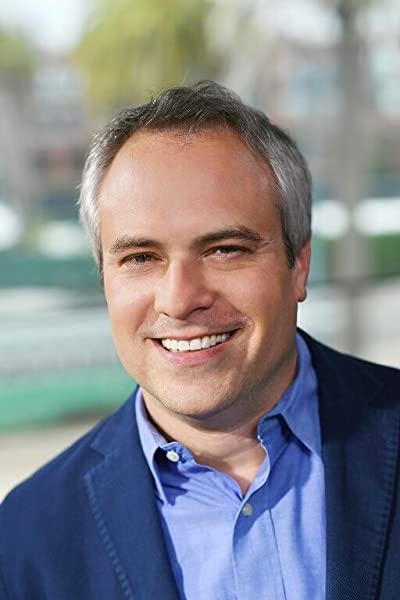 Amazon Unbound: Jeff Bezos and the Invention of a Global Empire Kindle Edition

by Brad Stone (Author) Format: Kindle Edition
See all formats and editions
Sorry, there was a problem loading this page. Try again.
Read more Read less
Previous page
Next page
Due to its large file size, this book may take longer to download

“Amazon Unbound is particularly valuable in explaining how the company makes money, and the day-to-day decisions that end up having a big effect on consumers….Significantly, the book is also very much a biography of Bezos. And that makes it timely at a moment when our economy is dominated by giant firms headed by a small handful of men….[a] juicy tour of the company Bezos built.”
—New York Times Book Review

"An excellent new book...Bezos emerges as the ur-billionaire of our time, the deft wielder of a fortune so vast that he and his company are becoming 'perilously close to invincible.'"
—Farhad Manjoo, New York Times

“How can you tell when the bullheaded and micromanaging boss who trusts his intuition is just nuts, and when he’s nuts but right? That’s a question I had after reading Amazon Unbound, a new book about Jeff Bezos and the last decade or so at Amazon by Brad Stone…While reading Stone’s book, I wondered if Amazon’s failures weren’t always the result of noble swings at big ideas but sometimes because of blind spots: a lack of self-reflection and a corporate culture that resists standing up to Bezos."
—Shira Ovide, New York Times' "On Tech"

"Brad Stone is now the Edward Gibbon of Amazon—a reliable and engaging chronicler of one of the great forces of our age. If a company and a culture can have a biographer, Stone is Amazon’s—which, given the retailer’s ubiquity, makes him a biographer of the way all of us live now."
—Jon Meacham, author of The Soul of America

"There are really only a handful of writers who can craft a page-turning narrative about the most transformative business ideas. Brad Stone is one. His topic of choice -- Amazon and its founder Jeff Bezos -- is equal to his journalistic skill. In this book, he gives us his second must-read account of how the world's most important company and technology titan captured not only global retail, but Washington, Hollywood, outer space and your brain."
—Rana Foroohar, author of Makers and Takers and Don't Be Evil

"In this vivid, anecdote-filled page-turner of a book, Stone goes deep inside a company with colossal power, one we rely on for low-cost, wonderful service, and one that also kills many businesses and jobs. With rare access to Amazon executives, readers are taken inside Amazon meetings, see up close Jeff Bezos's brilliance but also his belligerence, understand the trade-off between impressive efficiency versus the perils of market dominance, and get an up-to-the-moment appreciation of why government is now awake to the monopoly dangers posed by digital giants like Amazon."
—Ken Auletta, author of Googled

"Innumerable gems...by one of the company's most astute observers."
—The Economist

“An excellent new book.”
—Deadline --This text refers to the hardcover edition.

Brad Stone is senior executive editor of global technology at Bloomberg News. He is the author of the New York Times bestseller The Everything Store: Jeff Bezos and the Age of Amazon, which has been translated into over thirty-five languages, and The Upstarts: Uber, Airbnb, and the Battle for the New Silicon Valley. He has covered Silicon Valley for more than twenty years and lives in the San Francisco Bay area. --This text refers to the hardcover edition.

4.5 out of 5 stars
4.5 out of 5
452 global ratings
How are ratings calculated?
To calculate the overall star rating and percentage breakdown by star, we don’t use a simple average. Instead, our system considers things like how recent a review is and if the reviewer bought the item on Amazon. It also analyzes reviews to verify trustworthiness.

Fdawood86
5.0 out of 5 stars A Goldmine
Reviewed in Canada on June 17, 2021
Verified Purchase
This book is a goldmine of information on decision making, risk-taking, strategy, and entrepreneurial l spirit.

Skip reading this at your own risk.

Josiah Blake
5.0 out of 5 stars Excellent
Reviewed in Canada on July 25, 2021
I love the biography I am going to get Mr Stones other book on Amazon when I complete this masterpiece
Read more

5.0 out of 5 stars Excellent
By Josiah Blake on July 25, 2021
I love the biography I am going to get Mr Stones other book on Amazon when I complete this masterpiece
Images in this review

Customer
5.0 out of 5 stars Thought provoking read
Reviewed in the United Kingdom on May 24, 2021
Verified Purchase
While I was marveled at the culture of innovation and experimentation described, this book provided another view that all that glitter might not be all gold. Great read for budding business people, and for also everyone else looking for quasi-entertaining gossip columns type tales
Read more
2 people found this helpful
Report abuse

Alessandro Perilli
4.0 out of 5 stars Important reading for Amazon supporters and AMZN sharegolders
Reviewed in the United Kingdom on September 26, 2021
Verified Purchase
The first two parts of the book offers valuable insights on how Amazon approaches challenges and a glimpse of how Jeff Bezos thinks long-term.

The third part of the book mainly is a recollection of well know public facts about specific private and company events. I don't think it adds much to the book.

I recommend it to any AMZN shareholders trying to understand *how* Amazon will comtinue it's journey, no matter the direction.

David Rostance
5.0 out of 5 stars Highly recommended
Reviewed in the United Kingdom on May 31, 2021
Verified Purchase
WOW!! What a book. With unpresdentef access to all the key players and former executive staff Brad Stone gives a terrific insight into Jeff Bezos and Amazon.
Read more
Report abuse

Agnes McAndrew
5.0 out of 5 stars Good read.
Reviewed in the United Kingdom on August 6, 2021
Verified Purchase
Nothing to dislike opened my eyes to business ethics ie how the other half live and think but fair cops to the subject.
Read more
Report abuse

Mr D C Stone
5.0 out of 5 stars I just love the way this guy writes
Reviewed in the United Kingdom on September 16, 2021
Verified Purchase
Brad Stone’s writing captures my attention unlike anybody else in a world where I spend most of my time looking at Instagram.
Read more
One person found this helpful
Report abuse
See all reviews
Back to top
Get to Know Us
Make Money with Us
Amazon Payment Products
Let Us Help You
EnglishChoose a language for shopping. CanadaChoose a country/region for shopping.
© 2008-2021, Amazon.com, Inc. or its affiliates