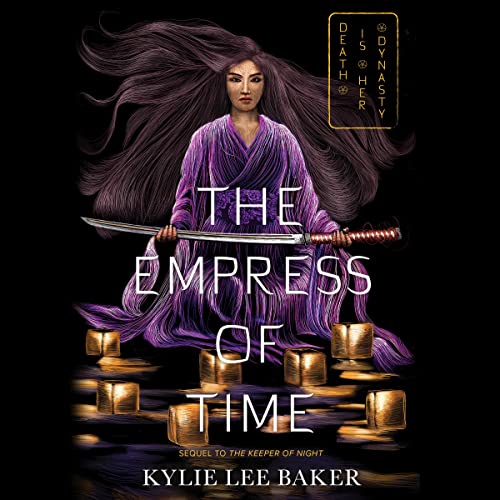 The Empress of Time: The Keeper of Night, Book 2

Ren Scarborough is no longer the girl who was chased out of England—she is the Goddess of Death ruling Japan’s underworld. But Reapers have recently been spotted in Japan, and it’s only a matter of time before Ivy, now Britain’s Death Goddess, comes to claim her revenge.

Ren’s last hope is to appeal to the god of storms and seas, who can turn the tides to send Ivy’s ship away from Japan’s shores. But he’ll only help Ren if she finds a sword lost thousands of years ago—an impossible demand.

Together with the moon god Tsukuyomi, Ren ventures across the country in a race against time. As her journey thrusts her in the middle of scheming gods and dangerous Yokai demons, she will have to learn who she can truly trust—and the fate of Japan hangs in the balance.

Our best offer yet
Get 3 months free!
Limited time offer. Get started

You won't be charged until release day

By completing your purchase, you agree to Audible's Conditions Of Use and Amazon's Privacy Notice. Tax where applicable.
Sold and delivered by Audible, an Amazon company
Share