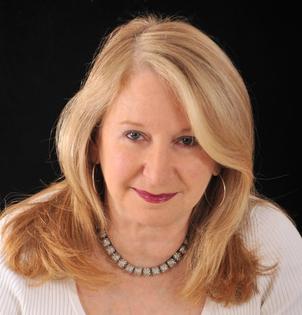 by Barbara Kellerman (Author)
4.5 out of 5 stars 89 ratings
Part of: Leadership for the Common Good (7 books)
See all formats and editions
Sorry, there was a problem loading this page. Try again.

How is Saddam Hussein like Tony Blair? Or Kenneth Lay like Lou Gerstner? Answer: They are, or were, leaders. Many would argue that tyrants, corrupt CEOs, and other abusers of power and authority are not leaders at all--at least not as the word is currently used. But, according to Barbara Kellerman, this assumption is dangerously naive. A provocative departure from conventional thinking, Bad Leadership compels us to see leadership in its entirety. Kellerman argues that the dark side of leadership--from rigidity and callousness to corruption and cruelty--is not an aberration. Rather, bad leadership is as ubiquitous as it is insidious--and so must be more carefully examined and better understood. Drawing on high-profile, contemporary examples--from Mary Meeker to David Koresh, Bill Clinton to Radovan Karadzic, Al Dunlap to Leona Helmsley--Kellerman explores seven primary types of bad leadership and dissects why and how leaders cross the line from good to bad. The book also illuminates the critical role of followers, revealing how they collaborate with, and sometimes even cause, bad leadership. Daring and counterintuitive, Bad Leadership makes clear that we need to face the dark side to become better leaders and followers ourselves. Barbara Kellerman is research director of the Center for Public Leadership and a lecturer in public policy at the Kennedy School of Government, Harvard University.
Read more
Previous page
Next page

This item: Bad Leadership: What It Is, How It Happens, Why It Matters
$29.64$29.64
Get it by Friday, Oct 14
Only 1 left in stock.
Sold by RNA TRADE LLC and ships from Amazon Fulfillment.
MEETING THE ETHICAL CHALLENGES OF LEADERSHIP CASTING LIGHT O
$109.00$109.00
Only 1 left in stock.
Sold by Kiko Tech Deals and ships from Amazon Fulfillment.
Leaders Who Lust: Power, Money, Sex, Success, Legitimacy, Legacy
$13.42$13.42
Only 6 left in stock.
Ships from and sold by Amazon.ca.
Total price:
To see our price, add these items to your cart.
Some of these items ship sooner than the others.
Show details Hide details
Choose items to buy together.

"How," asks Kellerman, "will we ever stop what we refuse to see and study?" Research director of the Center for Public Leadership and lecturer in public policy at Harvard University's Kennedy School of Government, Kellerman focuses in opening chapters on the nature of leadership, the rise of a "leadership industry," the complicit role of followers, the definition of bad leadership and reasons for its occurrence. Kellerman's style combines the direct prose of the boardroom with the erudition of the classroom; relevant citations abound, from Machiavelli and Thomas Hobbes to Newsweek and Washington Monthly. Kellerman posits seven "types" of bad leadership and devotes a chapter containing a few brief examples and one detailed analysis to each. Drawing from the corporate, nonprofit, government and public opinion sectors, she examines instances of incompetence, rigidity, intemperance, callousness, corruption, insularity and even evil. Her focus isn't limited to individual behavior; context and the actions of followers are also considered. For example, the International Olympic Committee is faulted as much as its former president for scandals and commercialism that have sometimes undermined the games. High-level cabinet members, prominent legislators and the nation as a whole share the blame for the Clinton administration's failure to intervene in Rwanda's genocide. The stories, and Kellerman's final section of correctives, are complex and nuanced; there are no easy answers.
Copyright © Reed Business Information, a division of Reed Elsevier Inc. All rights reserved.

Bound for the top of the business best-sellers lists--at least in terms of the controversy it will generate--Harvard lecturer Kellerman's book argues cogently, compellingly, and with an amazing clarity for the identification of bad leadership and, then, for its removal. Too long has the concept of leadership been viewed only in shades of white within America--and, thus, too long have we denied the existence of bad leadership. Neither are followers excused, for they, too, have a real culpability, asserts Kellerman. Types fall into seven categories, either ineffective or unethical, and include incompetent, rigid, intemperate, callous, corrupt, insular, and evil. And for each, she selects one recent example on which to focus, in addition to minor players, from former Mattel CEO Jill Barad and Reverend Jesse Jackson to Jim Jones and Saddam Hussein. As any good academic problem solver, she lists those corrections necessary for leaders and followers to adopt. The real question is, Will this book be ignored? Hopefully not. Barbara Jacobs
Copyright © American Library Association. All rights reserved

Ms. Kellermans volume is elegantly written and a pleasure to read -- The Wall Street Journal, 26 October, 2004

Barbara Kellerman is Research Director of the Center for Public Leadership and Lecturer in Public Policy at the Kennedy School of Government, Harvard University.
Read more

Barbara Kellerman is the James MacGregor Burns Lecturer in Public Leadership at Harvard University's John F. Kennedy School of Government. She was the Founding Executive Director of the Kennedy School's Center for Public Leadership, from 2000 to 2003; and from 2003 to 2006 she served as the Center's Research Director. Kellerman has held professorships at Fordham, Tufts, Fairleigh Dickinson, George Washington, and Uppsala Universities. She also served as Dean of Graduate Studies and Research at Fairleigh Dickinson, and as Director of the Center for the Advanced Study of Leadership at the Academy of Leadership at the University of Maryland.

Kellerman received her B.A. from Sarah Lawrence College, and her M.A., M.Phil., and Ph.D. (1975, in Political Science) degrees from Yale University. She was awarded a Danforth Fellowship and three Fulbright fellowships. At Uppsala (1996-97), she held the Fulbright Chair in American Studies. Kellerman was cofounder of the International Leadership Association (ILA), and is author and editor of many books including Leadership: Multidisciplinary Perspectives; The Political Presidency: Practice of Leadership; and Reinventing Leadership: Making the Connection Between Politics and Business. She has appeared often on media outlets such as CBS, NBC, PBS, CNN, NPR, Reuters and BBC, and has contributed articles and reviews to the New York Times, the Washington Post, the Boston Globe, the Los Angeles Times, and the Harvard Business Review.

Her most recent books are Bad Leadership: What It Is, How It Happens, Why It Matters (2004); a co-edited (with Deborah Rhode) volume, Women & Leadership: State of Play and Strategies for Change (2007); and Followership: How Followers are Creating Change and Changing Leaders (2008). Kellerman speaks to audiences around the world, including in recent years Berlin, London, Moscow, Rome, Sao Paolo, Shanghai, Zurich, Jerusalem, Turin, Toronto, and Montreal. She is on the Advisory Board of the Leadership Research Network, on the Advisory Panel of the White House Leadership Project Report, on the editorial Board of Leadership Quarterly, and on the Publications Committee of the International Leadership Association. She is ranked by Forbes.com as among "Top 50 Business Thinkers" (2009) and by Leadership Excellence in top 15 of 100 "best minds on leadership." Her next book, Leadership: Essential Selections on Power, Authority, and Influence, will be published in March 2010 by McGraw-Hill.

4.5 out of 5 stars
4.5 out of 5
89 global ratings
How are ratings calculated?
To calculate the overall star rating and percentage breakdown by star, we don’t use a simple average. Instead, our system considers things like how recent a review is and if the reviewer bought the item on Amazon. It also analyzes reviews to verify trustworthiness.
Top reviews

David
4.0 out of 5 stars very good
Reviewed in the United Kingdom on February 6, 2014
Verified Purchase
Concise and well organized which makes it comparable.

Seth
4.0 out of 5 stars Learning from Bad Examples
Reviewed in the United States on January 23, 2010
Verified Purchase
I enjoyed reading this book. The author creates a typology of bad leaders and leadership and fits to it short and long case examples than include many horrific and usually well known (even infamous) examples of bad leaders. The author begins by noting some of the tensions about writing about bad leaders as compared to good leaders. However, it is clear one can and should learn from the case materials provided and that the sense of defensiveness is misplaced. The book is accessible and easy to read. The author provides a few short case examples followed by one that is much more extensive to illuminate each type of bad leadership. Readers are led through an all too common landscape of leadership, management and corporate horrors often tacitly supported by boards, external auditors and regulators. The book by combining an array of bad leadership examples provides an authoritative look at this darker side of the workplace making it a good source of examples. The typology provides a framework that encourages examination of the workplace for the attributes of each type. The author also underscores the enabling aspects of submissive, fearful and indifferent followers who help to create and sustain the leader's pathologies. The book however does not attempt to explain in any depth why bad leaders behave the way they do leading to the suggestion of a books such as Leaders, Fools and Imposters by Manfred F.R. Kets de Vries as one example of a psychodynamically informed examination of leadership pathology. The concluding chapter offers some standard and idealistic suggestions on avoiding and combating bad leadership, a somewhat disappointing concluding chapter for an otherwise good book. As the author notes, there are no easy answers when it comes to the adverse outcomes created by the darker side of human nature.
Read more
One person found this helpful
Report abuse

M. JEFFREY MCMAHON
5.0 out of 5 stars Sobering Account of Ways Leadership Goes Awry
Reviewed in the United States on February 3, 2005
Verified Purchase
I bought this book after hearing Kellerman give a lecture recorded on NPR. Her speech, based on her book Bad Leadership, was precise and purposeful. Not surprisingly, the book contains her precise language and her purpose, which is to show us how leadership, even when in the hands of well-intentioned people, can go wrong. She first argues that too many of us, inundanted with optimistic, often business-oriented books about leadership, assume, erroneously, that leadership is somehow synonymous with goodness and virtue. To the contrary, Kellerman argues, leadership goes wrong more often than not. In what appears to be a reverse pyramid from benign to malignant, Kellerman catalogs the seven deadly sins of leadership: 1. incompetence 2. rigidity 3. intemperance 4. callousness 5. corruption 6. insularity 7. evil.

She concludes by prescribing corrective measures. Her book is invaluable in that for us to fully grasp good leadership we must first comprehend its antithesis. A negative definition of leadership in all of its facets is a necessary nudge in the right direction.
Read more
12 people found this helpful
Report abuse
See all reviews