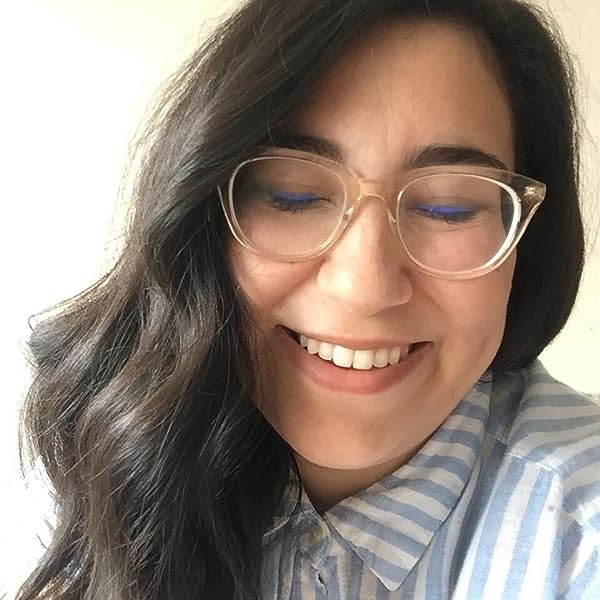 by Tyler Feder (Author, Illustrator)
4.9 out of 5 stars 133 ratings
See all formats and editions
Sorry, there was a problem loading this page. Try again.

This cheerful love-your-body picture book for preschoolers is an exuberant read-aloud with bright and friendly illustrations to pore over.

From the acclaimed creator of Dancing at the Pity Party and Roaring Softly, this picture book is a pure celebration of all the different human bodies that exist in the world. Highlighting the various skin tones, body shapes, and hair types is just the beginning in this truly inclusive book. With its joyful illustrations and encouraging refrain, it will instill body acceptance and confidence in the youngest of readers. “My body, your body, every different kind of body! All of them are good bodies! BODIES ARE COOL!”
Read more
Previous page
Next page

★ "A bustling celebration of body positivity that lovingly features bodies, skin, and hair of all kinds . . . Feder chooses clear and unapologetic language to describe body characteristics, challenging the negative connotations that are often attached to those bodies . . . Depicting societally marginalized human bodies in all their joyful, normal glory, this book is cool." —Kirkus, starred review

★ "With such a joyfully inclusive range of humans, all taking part in community and taking pleasure in each other’s company, it’s hard to imagine a stronger statement of body affirmation and pride." — Publishers Weekly, starred review

★ "[T]his unabashed promotion of body positivity packs a punch and reminds readers to respect and love every body—including their own. This is a timely message with universal applications." — Booklist, starred review

★ "With colorful pages of people in all shapes and sizes, this book both serves as a joyous read-aloud for small and large groups and as a book for individual study and discovery . . .  With lilting dancelike rhythm through word repetition and brightly colored detailed images, this is a timely and worthy addition for every collection." —SLJ, starred review

"Feder's rhyming text and double-page spreads filled with all kinds of people celebrate the variety of our physical attributes. The joy-filled cartoon illustrations pack a lot of bodies into the settings (e.g., subway car, pool, backyard barbecue) and offer plenty to consider." —Horn Book

"This inclusive book shows and celebrates all types of bodies in the park, in the pool, at a party—everywhere. That’s exactly where all our bodies are . . . . It’s truly transformative not only to be seen by others but to see yourself. To see yourself just as you are. To see yourself included. To see your body as good, as cool . . . a great resource to start conversations about fatphobia and anti-fat bias and to help a kid struggling with their self-image." —Lisa Fipps, author of Starfish

Tyler Feder is a Chicago-based artist whose work explores Big Feelings, feminism, and pop culture. She graduated from Northwestern University with a BA in Radio/TV/Film and a fancy certificate in Creative Writing for the Media. After college, she studied comedy writing at The Second City Training Center and began posting drawings online, both of which were equal parts thrilling and terrifying. Since then, Tyler has illustrated Cristen Conger and Caroline Ervin’s Unladylike, Leah Henderson’s Together We March, and many angsty self-portraits. Tyler wrote and illustrated the award-winning graphic memoir Dancing at the Pity Party, and she continues to sell prints and the occasional portrait at her long-running Etsy shop, Roaring Softly. Tyler’s favorite color is pink (obviously).
Start reading Bodies Are Cool on your Kindle in under a minute.

4.9 out of 5 stars
4.9 out of 5
133 global ratings
How are ratings calculated?
To calculate the overall star rating and percentage breakdown by star, we don’t use a simple average. Instead, our system considers things like how recent a review is and if the reviewer bought the item on Amazon. It also analyzes reviews to verify trustworthiness.
Top reviews

DL
5.0 out of 5 stars Fantastic
Reviewed in Canada on November 4, 2021
Verified Purchase
This is a fantastic book all about bodies and how great they are! Highly recommend for kiddos of all ages. And even adults who maybe needed to hear this message too. Bodies ARE cool. The illustrations are fun and lovely and do a great job at inclusivity, I’m really looking forward to reading this to my son for years to come, he’s a bit too young for it now - I wish it came in board book form so we could read it and I wouldn’t have to worry about him ripping it.
Read more
Helpful
Report abuse

Another User
1.0 out of 5 stars Propaganda not self acceptance.
Reviewed in the United Kingdom on July 21, 2021
Verified Purchase
The text includes: “his and her and their body. however YOU define your body!” and “ageing bodies, features-rearranging bodies, magic ever-changing bodies.” The book also includes images of cosmetic (not reconstructive) surgery.

The message is not so much self-acceptance as introducing the idea of customisable bodies. This is thoroughly inappropriate for young children. Avoid.

Keir
5.0 out of 5 stars A lovely inclusive book about bodies, suitable for young children
Reviewed in the United Kingdom on August 17, 2021
Verified Purchase
I thought this was a really lovely book and I will be getting it for friends with children. The dialogue is fun and rhythmical. Both the words and pictures are wonderfully inclusive. It's a good place to start if you're wanting to help your child understand that bodies can look different and still be equally as good. Pictures show people with scars (including those that some trans men have on their chests), people with birthmarks and vitiligo, disabled people who use wheelchairs or other mobility aids, people with colostomy bags, people of different colours, different sizes, different heights. All are represented with equal positivity, and difference is treated as normal and a good thing. I think the illustrations are really beautiful and colourful. Some of the reviews made me concerned that there would be nudity in this book, that is not the case. No genitalia is shown and it is an entirely age appropriate book.
Read more
6 people found this helpful
Report abuse

Aikoshoppio
5.0 out of 5 stars Diverse, beautiful and great words too
Reviewed in the United Kingdom on August 23, 2021
Verified Purchase
I love this book! The illustrations are beautiful and cover so many differences. The rhythm of the words makes it fun to read and it sparked some good conversations with my 5 and 7yr olds. Good for a range of ages preschool to year 2 I’d say. I can see this one becoming a regular in every nursery/reception that cares about equality and representation as the phonics, vocab and rhyming make it engaging, fun and spot on for a group read hit
Read more
2 people found this helpful
Report abuse

Lil-Pickle
5.0 out of 5 stars Wonderful for all ages
Reviewed in the United Kingdom on September 7, 2021
Verified Purchase
A beautiful book that represents everyone. I have 4 kids ranging 2-7 and the book is amazing for them all. Teaches that we are all fabulous and differences are normal and should be celebrated I 100% recommend this book. I even know a few adults that would benefit from reading it.
Read more
3 people found this helpful
Report abuse

Lisa
5.0 out of 5 stars This book is cool
Reviewed in the United Kingdom on July 3, 2021
Verified Purchase
Absolutely love this book! What a gorgeous, realistic view of the world!
Read more
6 people found this helpful
Report abuse
See all reviews
Back to top
Get to Know Us
Make Money with Us
Amazon Payment Products
Let Us Help You
EnglishChoose a language for shopping. CanadaChoose a country/region for shopping.
© 1996-2022, Amazon.com, Inc. or its affiliates