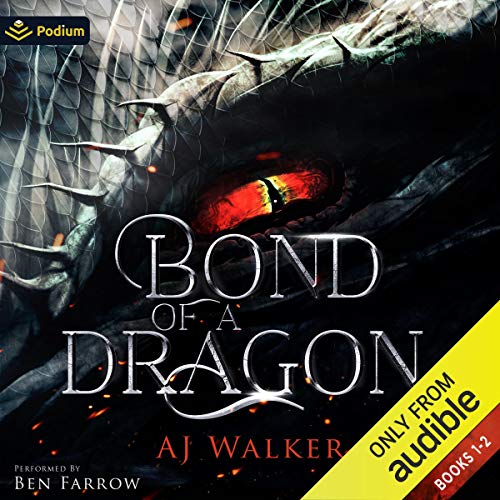 Contains books one and two of Bond of a Dragon, a fast-paced adventure fantasy series featuring fierce dragons, powerful magic, and a hero fighting for justice.

Nineteen-year-old Anders lived a fairly normal life until the only family he had was taken away from him. When he finds himself forced to embark on an action-packed adventure, he discovers there is more to the world than he was told. The magical force that flows within everything around him becomes revealed. Dragons, elves, orcs, and goblins lurk around nearly every turn along the path as he pursues his two kidnapped cousins.

As Anders discovers more about his family’s past, he learns of their involvement in the War of the Magicians and the circumstances leading up to the attack of his hometown. When Anders is told about his potential involvement in a prophecy involving dragons and their powerful magic, he will need to make a difficult decision. Will he continue to follow the path that is laid out for him, or can he make his own destiny? Will he ever be reunited with his family again? And if he succeeds, will he ever be able to return to the life he once knew?

Anders knows the war to stop Merglan from reclaiming his grip on the world is just beginning. With no certainty about where or when Merglan will attack next, Anders and his companions must take action to stay one step ahead of the cruel sorcerer and his evil dragon.

As he searches for ways to stop Merglan’s domination of their world, Anders discovers more than he expected. With several nations of Kartania on the brink of collapse, he must make a difficult decision. Is the young rider ready to deal with the consequences he’s facing? Can Anders overcome the odds and unravel the secrets of the sapphire soul?