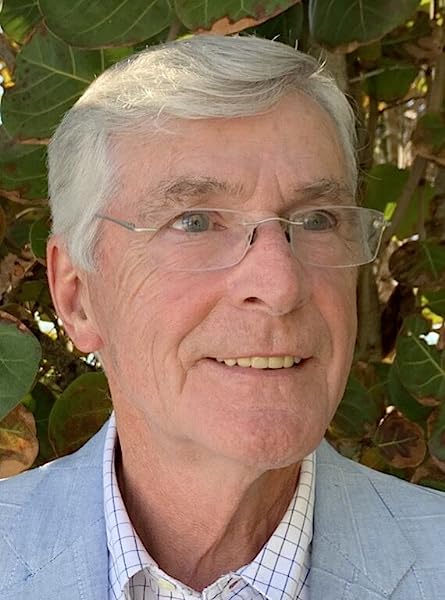 Briarhill to Brooklyn: An Irish Family's Journey to Freedom and Opportunity Paperback – Feb. 26 2021

by Jack Bodkin (Author)
4.3 out of 5 stars 820 ratings
See all formats and editions
Sorry, there was a problem loading this page. Try again.

For three years a mysterious potato blight devastated Ireland’s clacháns, townlands, and cities. Nearly a million died. Was it the prospect of starvation, the snows of Black ’47, or the fear of typhus that made the Bodkins leave? Or was it the dream of America’s freedom and opportunity that drove the family from Galway onto an Irish coffin ship known as Cushlamachree? Their destination was Brooklyn. An unimaginable hurdle confronted the seven young Bodkin siblings, only days after docking in New York. Would the “fever” get them, too? But they managed to survive into adulthood as they were led by their two oldest brothers—Dominic and Martin. Dominic—a fledgling surgeon on the Alabama battlefields of Spanish Fort and Fort Blakely—spends thirty-five years delivering and caring for thousands of Brooklyn babies. Martin—a Civil War veteran, and later an ironmonger with his own shop—ultimately is the progenitor of a large family of New York Bodkins. Briarhill to Brooklyn, is a novel, grounded in facts, in which Jack Bodkin tells the story of his Irish Catholic family’s 1848 migration from County Galway, Ireland, to Brooklyn, New York, in the era of the Irish Potato Famine.
Read more
Previous page
Next page

Page 1 of 1 Start overPage 1 of 1
Previous page
Next page
Start reading Briarhill to Brooklyn on your Kindle in under a minute.

Jack Bodkin is a retired certified public accountant and a proud descendant of one of the Fourteen Tribes of Galway. Briarhill to Brooklyn is his first book.

He was born in Brooklyn in 1947, and for the first two years of his life, his family lived at 325 Clinton Avenue, about a hundred yards from the home of the main character in Briarhill to Brooklyn—great-great-uncle Dominic.

In 1950 the family moved to the post-World War II community of Merrick, Long Island. Jack grew up in Merrick—Catholic grade school, little league baseball, school-yard basketball, and summers at Jones Beach. After graduating from Chaminade High School in 1965 and Wheeling College in 1969, he returned to Long Island and worked in New York City until 1977, when he moved to Wheeling, West Virginia.

For decades, Bodkin’s professional life as a CPA consumed his time. Active in his community, he was involved with economic development projects and served on the boards of several professional and charitable organizations.

Jack ran the New York Marathon in 1980 (finishing only an hour and forty-eight minutes behind the winner!) and began learning the game of golf in 1999.

He still lives in Wheeling with his wife, Christine, and their Yorkie, Lilly.

4.3 out of 5 stars
4.3 out of 5
820 global ratings
How are ratings calculated?
To calculate the overall star rating and percentage breakdown by star, we don’t use a simple average. Instead, our system considers things like how recent a review is and if the reviewer bought the item on Amazon. It also analyzes reviews to verify trustworthiness.
Top reviews

Jan cash
5.0 out of 5 stars Irish famine
Reviewed in Canada on March 24, 2022
Verified Purchase
It was a well written book. Interesting to see the growth of an Irish family in America. It was potent because it told the Good and bad. Especially good also because it was written by a family member generations later. A good read!
Read more
Helpful
Report abuse
See all reviews

Charlene Thornberry
5.0 out of 5 stars Unusual style but brilliant
Reviewed in the United Kingdom on April 27, 2022
Verified Purchase
I am drawn to anything Irish and I was not disappointed. The saga had a bit of everything. Loved the 'informality' of the clergy. Is there another book in the future - certainly hope so.
Read more
Report abuse

mae thompson
5.0 out of 5 stars Brilliant
Reviewed in the United Kingdom on January 9, 2022
Verified Purchase
Absolute fabulous read to remind us of the terrible lives an hardship or ancestors in Ireland suffered not only by the famine no jobs also suffered so much at the hands of Evil British Establishment
Highly recommend it 5 stars
Read more
Report abuse

Brian P Durkin
4.0 out of 5 stars A great understanding of the Famine hardships but the strength of the maternal figureheads.
Reviewed in the United Kingdom on April 4, 2022
Verified Purchase
I used this book to gain a better understanding of the hardships that my ancestors had to endure due to the inhumane actions of a Westminster Government. This made me appreciate the difficult decisions that had to be made in order to ensure, not only prolonged lives for themselves, but better lives for their future generations.
Read more
Report abuse

Ann Brady
5.0 out of 5 stars Loved this book. Think it might even make a good movie.
Reviewed in the United Kingdom on January 22, 2022
Verified Purchase
Loved this book.
Read more
Report abuse
See all reviews