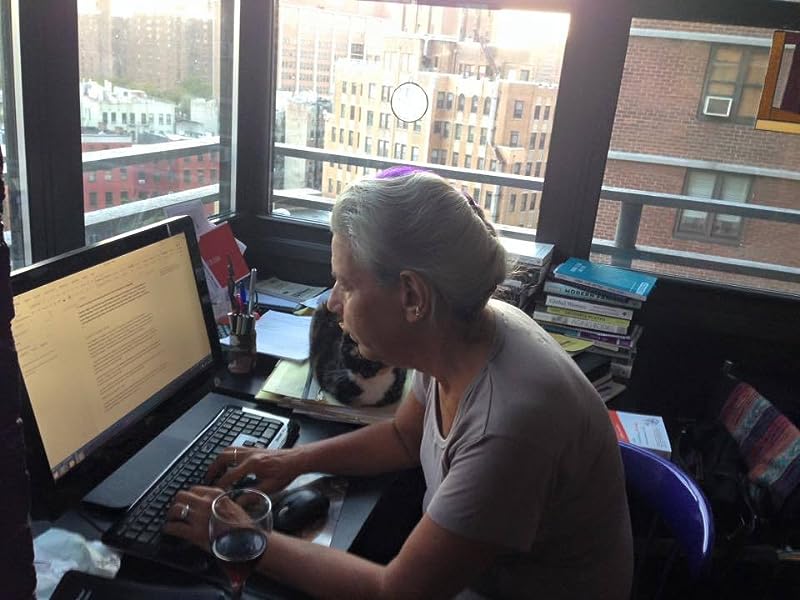 A Bun in the Oven: How the Food and Birth Movements Resist Industrialization Hardcover – March 22 2016

by Barbara Katz Rothman (Author)
5.0 out of 5 stars 3 ratings
See all formats and editions
Sorry, there was a problem loading this page. Try again.

There are people dedicated to improving the way we eat, and people dedicated to improving the way we give birth.  A Bun in the Oven is the first comparison of these two social movements.  The food movement has seemingly exploded,  but little has changed in the diet of most Americans.  And while there’s talk of improving the childbirth experience, most births happen in large hospitals, about a third result in C-sections, and the US does not fare well in infant or maternal outcomes.

In A Bun in the Oven Barbara Katz Rothman traces the food and the birth movements through three major phases over the course of the 20th century in the United States: from the early 20th century era of scientific management; through to the consumerism of Post World War II with its ‘turn to the French’ in making things gracious; to the late 20th century counter-culture midwives and counter-cuisine cooks.  The book explores the tension throughout all of these eras between the industrial demands of mass-management and profit-making, and the social movements—composed largely of women coming together from very different feminist sensibilities—which are working to expose the harmful consequences of industrialization, and make birth and food both meaningful and healthy.

Katz Rothman, an internationally recognized sociologist named ‘midwife to the movement’ by the Midwives Alliance of North America, turns her attention to the lessons to be learned from the food movement, and the parallel forces shaping both of these consumer-based social movements.  In both movements, issues of the natural, the authentic, and the importance of ‘meaningful’ and ‘personal’ experiences get balanced against discussions of what is sensible, convenient and safe.  And both movements operate in a context of commercial and corporate interests, which places profit and efficiency above individual experiences and outcomes.  A Bun in the Oven brings new insight into the relationship between our most intimate, personal experiences, the industries that control them, and the social movements that resist the industrialization of life and seek to birth change.

“A sociologist in the world of midwifery is introduced to food studies, and spots parallels everywhere with the world of birth.  Her wittily named study ranges insightfully from Julia Child to natural childbirth, and from Lamaze and Pavlov to labour times, Cesareans and kale chips as she considers how ‘birth and food, once so profoundly part of women’s world of production, ultimately came to be acts of consumption…’”-Times Higher Education

"A Bun in the Oven is an intriguing, often startling reading, especially if you have never given much consideration to birth and all that implies.  It is also a very personal and moving account, in which the author shares episodes of her own life, her reflection on death, life, and suffering, as well as more general considerations about authority, gender, and power."-Huffington Post

“A Bun in the Oven is an erudite but fun read into these two worlds and how people struggle for identity, choice, voice and meaningful experiences in our increasingly industrialized world. The reader leaves with an understanding and appreciation for the struggles of both the food and birth movements and a sense of what these two, often overlapping, life-or-death important movements can learn from one another.”-Jonathan Deutsch,co-author of Barbecue: A Global History

“Katz Rothman is at her most interesting when explaining why the modern medicalized birth – which increases the speed and reduces the pain of labour – is not always best for either mother or baby.”-Times Literary Supplement

“This book is intended for gender and women’s studies, sociology, anthropology, and medical studies audiences, but would be useful also for psychologists interested in women’s health, health psychology, and feminist psychology. The authoritative sociological and historical background that Rothman places the activities of eating and giving birth provides an extremely useful context from which to study individual choices and social behavior.”-PsycCRITIQUES

“Katz Rothman’s deep examination of the history of midwives and childbirth in America allows her to explore not only the birth and food movements of today, but also much more: capitalism, privilege, the meaning of home, and – some might argue – the meaning of life.”-Feminist Collections

“Barbara Katz Rothman provides an unsettling comparison of two domains where women's labor has been colonized by men in the name of science and industry. In the process she gives a rare insight not only into what happens when the gap between everyday experience and expert knowledge is bridged in the name of professionalism, but also equips her readers with reasonable hope in cross-fertilizing lessons from the food and the natural birthing movements. Students, teachers and scholars will earn much in engaging with Katz Rothman's rich description and sharp critique.”-Krishnendu Ray,author of The Migrant’s Table: Meals and Memories in Bengali-American Households

"A Bun in the Oven is a fascinating investigation of the parallels and differences between two important consumer movements of our times: the food movement and the birth movement. Witty and thought-provoking throughout, it will stimulate discussion among those who seek to keep artisanal skills and knowledge alive in both of these fundamental areas of our lives."-Ina May Gaskin,author of Spiritual Midwifery

Barbara Katz Rothman is Professor of Sociology, Public Health and Women’s Studies at the City University of New York. Her previous books include In Labor, The Tentative Pregnancy, Recreating Motherhood, The Book of Life and, with Wendy Simonds, Laboring On.
Start reading A Bun in the Oven on your Kindle in under a minute.

Barbara Katz Rothman, PhD, is Professor of Sociology, Public Health, Disability Studies and Women’s Studies at the City University of New York, where she runs the Food Studies concentration. Her books include IN LABOR; THE TENTATIVE PREGNANCY; RECREATING MOTHERHOOD; THE BOOK OF LIFE; WEAVING A FAMILY:UNTANGLING RACE AND ADOPTION, and LABORING ON, and the forthcoming BUN IN THE OVEN: How the Food and Birth Movements Resist Industrialization. She is Past President of Sociologists for Women in Society; the Society for the Study of Social Problems, and current President of the Eastern Sociological Society. She is proud recipient of an award for “Midwifing the Movement” from the Midwives Alliance of North America.

5.0 out of 5 stars
5 out of 5
3 global ratings
How are ratings calculated?
To calculate the overall star rating and percentage breakdown by star, we don’t use a simple average. Instead, our system considers things like how recent a review is and if the reviewer bought the item on Amazon. It also analyzes reviews to verify trustworthiness.
Top reviews

Delores Keith
5.0 out of 5 stars I’m a Birthy as well!
Reviewed in the United States on March 23, 2018
Verified Purchase
I knew I needed to read this. The thoughts are as from my soul! As a mom and a health professional who has seen the rise in cesarean birth and the down fall of women and their voice in the process; this book speaks to the heart of the matter. Women own birth and they need to raise their voices and take back the control of their own births in whatever environment they wish to experience them. When corporations control and profit from what are naturally occurring processes, we all loose.
Read more
Report abuse
See all reviews