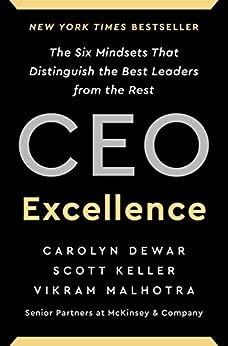 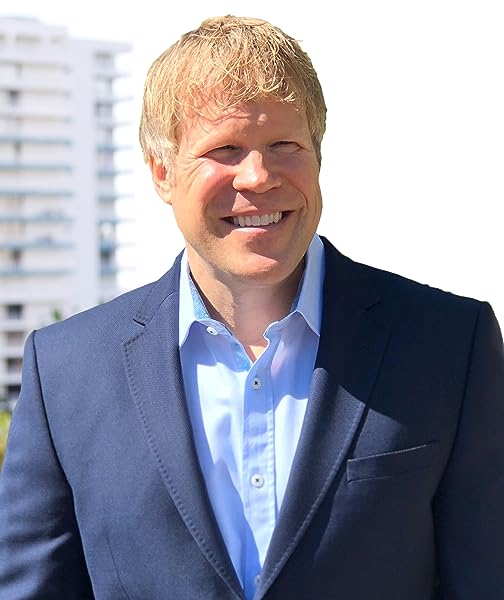 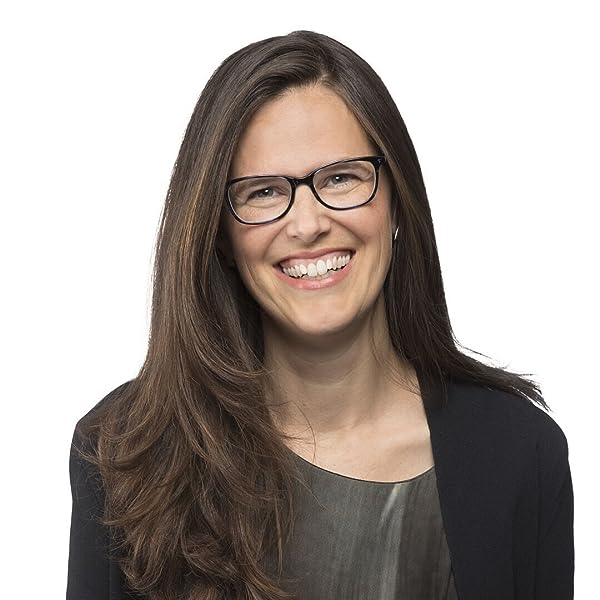 CEO Excellence: The Six Mindsets That Distinguish the Best Leaders from the Rest Kindle Edition

From the world’s most influential management consulting firm, McKinsey & Company, this is an insight-packed, revelatory look at how the best CEOs do their jobs based on extensive interviews with today’s most successful corporate leaders—including chiefs at Netflix, JPMorgan Chase, General Motors, and Sony.

Being a CEO at any of the world’s largest companies is among the most challenging roles in business. Billions, and even trillions, are at stake—and the fates of tens of thousands of employees often hang in the balance. Yet, even when “can’t miss” high-achievers win the top job, very few excel. Thirty percent of Fortune 500 CEOs last fewer than three years, and two out of five new CEOs are perceived to be failing within eighteen months.

For those who shoulder the burden of being the one on whom everyone counts, a manual for excellence is sorely needed.

What came out of those frank, no-holds-barred conversations is a rich array of mindsets and actions that deliver outsized performance. Compelling, practical, and unprecedented in scope, CEO Excellence is a treasure trove of wisdom from today’s most elite business leaders.
Read more
Previous page
Next page
Due to its large file size, this book may take longer to download

“Breaks it all down…a master class in leadership…knowing the six mindsets of the most visionary businesses could mean the difference between sinking and swimming for business leaders.”
—Business Insider

“Interviews CEOs (refreshingly, not just the usual suspects), finds out what makes them tick, and formulates a set of maxims and observations…A satisfying handbook for future moguls.”
—Kirkus Reviews

“Remarkable…Any smart CEO looking to not just survive but thrive would do well to read and heed this book’s insights.”
—David Rubenstein, co-founder and co-executive chairman of The Carlyle Group and New York Times bestselling author of How to Lead

“Pulls back the curtain on how some of the world’s greatest business leaders have achieved success…Valuable lessons.”

—Stephen A. Schwarzman, Chairman, CEO, and cofounder of Blackstone --This text refers to the hardcover edition.

Carolyn Dewar is a Senior Partner at McKinsey & Company. She has published over thirty articles in the Harvard Business Review and the McKinsey Quarterly and is a frequent keynote speaker.

Scott Keller is a Senior Partner at McKinsey & Company. He is the author of six books, including Beyond Performance: How Great Organizations Create Ultimate Competitive Advantage.

Vikram (Vik) Malhotra is a Senior Partner at McKinsey & Company where he has worked since 1986. He has served on McKinsey’s Board of Directors and as McKinsey’s Managing Partner of the Americas. --This text refers to the hardcover edition.

4.7 out of 5 stars
4.7 out of 5
612 global ratings
How are ratings calculated?
To calculate the overall star rating and percentage breakdown by star, we don’t use a simple average. Instead, our system considers things like how recent a review is and if the reviewer bought the item on Amazon. It also analyzes reviews to verify trustworthiness.
View Image Gallery

Amazon Customer
5.0 out of 5 stars A must read for all organizational leaders- small and large!
Reviewed in Canada on April 8, 2022
This book was one of the best business books I have had the pleasure to read in a long time. I appreciated the organization and the actionable points that followed each chapter. Much research and detail clearly went into the writing and I left feeling inspired to implement a number of great ideas.This book is a must-read for all organizational leaders.
Images in this review

Amazon Customer
5.0 out of 5 stars Solid read with foundational insights!
Reviewed in Canada 🇨🇦 on May 29, 2022
Verified Purchase
Excellent examples throughout that opened door to new avenues of thought. Concise summaries provided key action items you could experiment with in real-world scenarios. Enjoyable and inspirational read.
Read more
One person found this helpful
Helpful
Report abuse

Mari B
5.0 out of 5 stars Impactful...the authors realized the playbook they envisioned writing
Reviewed in Canada 🇨🇦 on May 7, 2022
Verified Purchase
This book does inspire and inform leaders on what to consider in building a notable leadership legacy.
Read more
One person found this helpful
Helpful
Report abuse

Bill Mcintosh
2.0 out of 5 stars Nothing New Here
Reviewed in Canada 🇨🇦 on December 4, 2022
I have read many CEO and leadership type books over the years and there is little new here. Caroyln has a history of taking credit for old science. She renames the terms then presents the same ideas as her own. Ex. "attitude" science became her new "mindset" science and she created a career out of it. She is not the only one who is doing this. Unfortunately, way too many authors these days are only regurgitating what others have written. How many books on habits do we have now? Atomic Habits, Tiny Habits and on and on (and my upcoming book entitled "Really, Really Small Habits". All are just regurgitating the ideas of others. It's so easy to publish a book now, we're many jump onto the band wagon.

This is another book where the authors attempt to belittle the significant work of others while trying to present their ideas as more solid. Most of the ideas in this book weren't new to me.

The book starts out by saying that when they pulled data on the best CEOs, they found the vast majority were white males. They didn't like that and felt it was a "tired list", so they introduced criteria to ensure the list contained a significant percentage of non-whites and females (i.e. manipulated the data). They excluded CEOs like Jeff Bezos as they felt that too many of the top companies were started by men who would have too much power and control over decisions, so they felt that wasn't fair. They opted to look for ways to include people who were promoted in companies that have strong diversity and inclusion cultures (i.e. you need to promote and hire more "insert minority" to fit our quota).

Imagine wanting to know what sets the best hockey players apart but being told there are too many white males from Canada and Russian. That list is tired, so you tweaked the criteria so your new list shows 40% of the top players are females from Kenya. This is where we're at in 2022.

Despite all that nonsense, I really wanted to like this book, but I conclude there are better options out there. After 30 years in leadership positions, I found little new in this book.

Mala J.
5.0 out of 5 stars A must read for all organizational leaders- small and large!
Reviewed in Canada 🇨🇦 on April 8, 2022
This book was one of the best business books I have had the pleasure to read in a long time. I appreciated the organization and the actionable points that followed each chapter. Much research and detail clearly went into the writing and I left feeling inspired to implement a number of great ideas.

This book is a must-read for all organizational leaders.
Read more

Mala J.
5.0 out of 5 stars A must read for all organizational leaders- small and large!
Reviewed in Canada 🇨🇦 on April 8, 2022
This book was one of the best business books I have had the pleasure to read in a long time. I appreciated the organization and the actionable points that followed each chapter. Much research and detail clearly went into the writing and I left feeling inspired to implement a number of great ideas.

This book is a must-read for all organizational leaders.

VikoJ
3.0 out of 5 stars Really rich content but too long
Reviewed in the United Kingdom 🇬🇧 on September 16, 2022
Verified Purchase
So many great stats, quotes and references but could have been written simpler and way shorter to make it digestible.
Read more
Report abuse

Ian F
4.0 out of 5 stars Thought provoking some repetitiveness
Reviewed in the United Kingdom 🇬🇧 on October 24, 2022
Verified Purchase
A well laid out and interesting look into the world of CEOs. There are a number of CEOs that are repetitively referenced and some that are less, which is a shame.
However the book is informative
Read more
Report abuse

Steve Sanders
5.0 out of 5 stars insightful
Reviewed in the United Kingdom 🇬🇧 on August 2, 2022
Verified Purchase
Excellent insightful book with a number of tips to help in your personal leadership journey and some inspiration stories shared.
Read more
Report abuse

Roerich
5.0 out of 5 stars Brilliant
Reviewed in India 🇮🇳 on June 6, 2022
Verified Purchase
An excellent book for anyone looking to gain insights on leadership skills. This isn’t just for the professionals looking to learn what the C suite does but has lessons in leadership which makes it a perfect read for anyone curious. Backed by pieces of research, this makes for a great weekend reading or a live learning doc to be kept on your work table (the cover and the publication is beautiful to be kept on bookshelves as well but this is a brilliant piece of incisive insights into the World of CEOs that those seeking to learn from it will keep it close)
Read more
One person found this helpful
Report abuse

Lorenzo Dragano
1.0 out of 5 stars No new insights in the book and reading isn't fun. The book is not McKinsey worthy
Reviewed in Germany 🇩🇪 on July 21, 2022
Verified Purchase
I did not like the book at all.

I had high expectation on learning new things regardin Leadership, CEOs and Management, but honestly this book gave me almost no new information.

Normally, I like McKinsey books alot, because they are full of valuable insights.

This book should have been a 10-20 Page PowerPoint presentation. Additionally that the book is not insightful, it isn't fun to read ....
Read more
One person found this helpful
Report abuse
See all reviews
Report an issue
Does this item contain inappropriate content?
Report
Do you believe that this item violates a copyright?
Report
Does this item contain quality or formatting issues?
Report