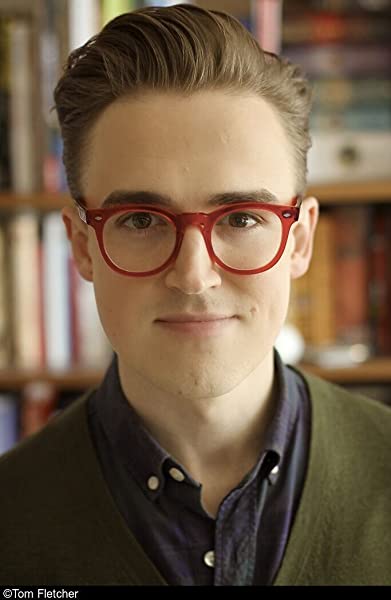 The Christmasaurus and the Winter Witch Audio CD

4.8 out of 5 stars 4,896 ratings
See all formats and editions
Sorry, there was a problem loading this page. Try again.

Tom Fletcher is a number one bestseller and one of the UK's most popular children’s authors. The Christmasaurus was the biggest debut middle-grade novel of 2016 and was shortlisted for a British Book Award, since then Tom has published several more chart-topping children’s novels including The Creakers, The Christmasaurus and the Winter Witch and the instant number one bestseller The Danger Gang. Tom also writes the incredibly successful Who’s in Your Book? picture book series, and is one half of the author duo behind the Dinosaur that Pooped picture book series too, which has sold over 1.5 million copies. For older readers, Tom co-authors the Eve of Man series with his wife Giovanna Fletcher. Tom's books have been translated into thirty-three languages and to date he has sold over 2.5 million copies of his books in the UK alone. He is also a music-making, song-writing, guitar-playing, Guinness World Record-holding, nappy changing, galaxy-defending dad!

4.8 out of 5 stars
4.8 out of 5
4,896 global ratings
How are ratings calculated?
To calculate the overall star rating and percentage breakdown by star, we don’t use a simple average. Instead, our system considers things like how recent a review is and if the reviewer bought the item on Amazon. It also analyzes reviews to verify trustworthiness.
Top reviews

There are 0 reviews and 3 ratings from Canada

Neil Buchan
3.0 out of 5 stars Not as good as I expected!
Reviewed in the United Kingdom on November 27, 2020
Verified Purchase
I'm disappointed, for one thing to be writing this review the way I am and for another - I guess that's obvious - by the book. "The Danger Gang" was brilliant - a great concept, funny, sweet and interesting. And I have to admit that we haven't read the first Christmasaurus book so I can't compare this one with its precursor, but it is just not very good. The story is quite complicated and meandering - and frankly boring and long-winded in places - and it just doesn't hang together. When reading it to my children I found myself vetting it and skipping chunks - particularly the multi-verse ditties - and parts of it I found almost embarrassingly silly. And there is the odd really unnecessary and annoying nod to political correctness - why on earth do we need to know in a light-hearted 'fairy story' that the 'stardust' (or whatever it's called - I can't check it because the book has gone to charity) is eco-friendly? All I can say is I'm really glad that most people enjoyed it.
Read more
6 people found this helpful
Report abuse

Lewis Huxley
3.0 out of 5 stars Read by an adult...
Reviewed in the United Kingdom on October 13, 2019
Verified Purchase
I write this as a primary school teacher. Two classes and myself both loved the first book and The Creakers. It’s an entertaining book full of vivid imagery but unfortunately it doesn’t live up to the first. The story isn’t quite as simple to pick up and seems lengthier than necessary.
Read more
13 people found this helpful
Report abuse

Amazon Customer
1.0 out of 5 stars Simply awful
Reviewed in the United Kingdom on November 14, 2021
Verified Purchase
Utterly bemused by the effusive reviews here; this book is just terrible and my daughter and I can't wait to get to the end. In fact we've made a joke of how happy we are when we don't read it, my 9yr old is really amused by how frustrated I get by it, and I think that's the only reason we persevered.

At 400 pages long its interminably long with some of the the clunkiest and unfathomable plot setting I've ever read. He's actually tried to lift chunks of the 'back to the future' story making it ridiculously convoluted. What's worse is that the main plot device makes precisely zero sense.

We're about 40 pages from the end after several months slogging through it, and just waiting for the main character to make use of the magical maguffin in his pocket that was agonisingly put there 300 pages ago. Given that its The Christmasaurus and the Winter Witch, well the Christmasaurus hardly appears for the first 200 pages; the winter witch has barely featured at all

I feel like I have to say something nice; The only redeeming feature is the positive representation of a wheelchair using protagonist.
Aside from that, the illustrations aren't as bad as the book (so I don't feel like a liar because I can't give a 0 star review) and once you get to the end you aren't obliged to ever put yourself through anything as awful again.

Edit: we read the last 30 pages and it got even worse!
Read more
2 people found this helpful
Report abuse

Gaz
3.0 out of 5 stars Fun but trickier sequel.
Reviewed in the United Kingdom on December 24, 2020
Verified Purchase
I really enjoyed reading the first with our nine year old so we had to read this straight after.

While still lots of fun with great illustrations it was a trickier read though.

You do have to have read the first to appreciate this sequel. It's a more complex story with William's extended family and time travel elements giving much more to keep a track of this time.

We read all of this one together where as he read quite a bit of the first to himself. This sequel took a bit more explaining as we went.

Also (a bit like his Christmas crazy characters) the author gets quite carried away with his story and it feels like many sentences, paragraphs and whole chapters are far too long.

It is a really fun read with many really touching moments overall.
Read more
2 people found this helpful
Report abuse

Tomato Ketchup
5.0 out of 5 stars Brilliant read - we thoroughly enjoyed it - even more than the first!
Reviewed in the United Kingdom on February 1, 2022
Verified Purchase
Having read the Christmasaurus last Christmas, we were really excited to read this sequel together as a family in the run up to Christmas. We were not disappointed! The story is funny, exciting and just so well thought out and written.
We were never very in to the Tom Fletcher picture books (such as Dinosaur Poops...) but have been extremely impressed with Tom Fletcher's Children's novels. My son is now reading the Danger Gang and enjoying that.
I have purchased the Christmasaurus for friends this Christmas and like me they have been very impressed.
Read more
Report abuse
See all reviews