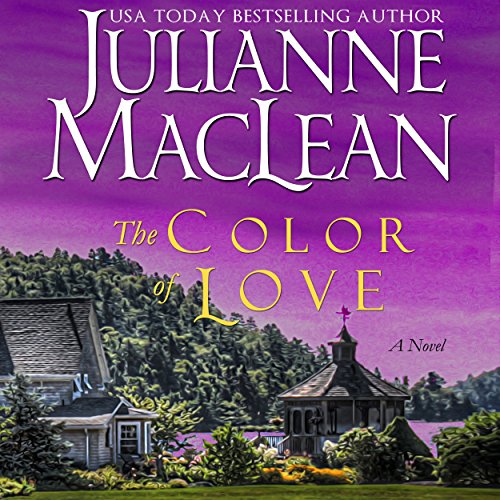 USA Today best-selling author Julianne MacLean continues her Color of Heaven series with another fast-paced, emotionally gripping tale that will move and inspire you. Carla Matthews is a single mother struggling to make ends meet and give her daughter Kaleigh a decent upbringing. When Kaleigh's absent father Seth - a famous alpine climber who never wanted to be tied down - begs for a second chance at fatherhood, Carla is hesitant because she doesn't want to pin her hopes on a man who is always seeking another mountain to scale. A man who was never willing to stay put in one place and raise a family. But when Seth's plane goes missing after a crash landing in the harsh Canadian wilderness, Carla must wait for news… Is he dead or alive? Will the wreckage ever be found? One year later, after having given up all hope, Carla receives a shocking phone call. A man has been found, half-dead, floating on an iceberg in the North Atlantic, uttering her name. Is this Seth? And is it possible that he will come home to her and Kaleigh at last, and be the man she always dreamed he would be?

4.6 out of 5 stars
4.6 out of 5
2,587 global ratings
How are ratings calculated?
To calculate the overall star rating and percentage breakdown by star, we don’t use a simple average. Instead, our system considers things like how recent a review is and if the reviewer bought the item on Amazon. It also analyzes reviews to verify trustworthiness.

ly_gei45
5.0 out of 5 stars Excellent
Reviewed in Canada 🇨🇦 on January 23, 2023
Verified Purchase
This book was so good that I had trouble putting it down. I stayed up half the night reading it.
Read more
Helpful
Report abuse

Sandra
4.0 out of 5 stars Delightful story of survival, determination and love!
Reviewed in Canada 🇨🇦 on June 20, 2022
Verified Purchase
Delightful story of survival, determination and love grown from connection and loneliness - a fictional story which feels like it could be true - stranger things have happened. I loved the interaction between Carla and her daughter, and between the other male characters. Carla is a very likeable person, and someone that would make a great, caring friend.

This author knows how to write unique and unusual stories, and her talent does not disappoint - not in the Color Series or any of her stand-alones. She's an author you will want to follow. I have read about 10 of her books so far, and enjoying them all.
Read more
Helpful
Report abuse

B Thomas
4.0 out of 5 stars All the Rainbow
Reviewed in Canada 🇨🇦 on May 21, 2020
Verified Purchase
Very well written book. MacLean is able to move it across time and place so that we are able to follow a variety of characters without having to flip back and forth to try to remember "Now who is this?". Early on we get a good sense of Sean, enough to feel we know him. And we are introduced to Aaron and understand that he is literaļly the greenhorn at this point in time. We also meet Carla and are empathetic to her struggle being a married woman but in reality living as a single mother . It is Seth's obsession with the mountains and the challenge to climb them that is the biggest love of his heart. The question of how Carla and her daughter Kaleigh manage after they hear that Seth's plane has gone down - site unknown - leaves the door open for many possibilities. MacLean does an excellent job of making the key characters and the situations so real that we become very involved in their lives, their hopes, their dreams. Check it out.
Read more
One person found this helpful
Helpful
Report abuse

Michelle
4.0 out of 5 stars Enjoyable
Reviewed in Canada 🇨🇦 on May 10, 2020
Verified Purchase
Great plot line and loved the unique series of events that brings these two characters together for their happily ever after. I gave this book 4 stars because the writing style is odd. It seems like the whole book is written as if it's a recollection - almost a third person narrator voice even when chapters feature on one specific character speaking in the present. It really makes it hard to get into the emotion of this book but overall it's a good read.
Read more
Helpful
Report abuse

Kindle Customer
5.0 out of 5 stars Hope!
Reviewed in Canada 🇨🇦 on August 24, 2021
Verified Purchase
Wonderful reading to give hope when there doesn't seem to be any. The kind of story we all need at one time or another.
Read more
Helpful
Report abuse

Lorraine Garant
5.0 out of 5 stars Another hit
Reviewed in Canada 🇨🇦 on May 5, 2020
Verified Purchase
Juliane Maclean has a real knack writing uplifting, heartfelt stories. All of her books are amazing reads. They leave you with a good feeling and much hope that good things can happen to anyone.
Read more
Helpful
Report abuse

J. C.
5.0 out of 5 stars Love is greater than circumstances. Great story.
Reviewed in Canada 🇨🇦 on April 22, 2016
Verified Purchase
Love comes with a deep connection... he loved her without knowing her, she did too... It goes beyond love at first sight. These characters' journey to each other is poignant. I loved the story.
Read more
One person found this helpful
Helpful
Report abuse

Amazon Customer
5.0 out of 5 stars Always a surprise!
Reviewed in Canada 🇨🇦 on October 27, 2014
Verified Purchase
Julianne Maclean always adds unexpected twists and turns to her novels. It is hard to believe one person can have so much imagination! Thank you Julianne! Keep them coming...
Read more
Helpful
Report abuse
See all reviews

Lynda Kelly
5.0 out of 5 stars Another Winner In This Series
Reviewed in the United Kingdom 🇬🇧 on August 26, 2021
Verified Purchase
Another winner in this series (though another that ends at the 80% mark cos' the remainder is taken up with excerpts from her other books). I had to reopen the previous book to remind myself of the characters and how they're all related once more as I forget when I've left them for a while. I do like how they all weave into one big, happy family, however discordant, in one way or another in each tale.
The cover's a lovely one on this one, too, though none have topped The Color of Heaven's cover for me. That one is a real beaut.
I guessed how this story was going to play out, which is rare for me and I did feel exceedingly bad for one particular character, though no spoilers here. They were treated a little shabbily for my liking but said character features in the next instalment, I read, so perhaps they'll be OK......things got a little rushed toward the end which was a bit of a shame. I'd have liked to see more of a certain courtship and less of the days playing Robinson Crusoe !!
We did get told too many times near the start that Seth needed to conserve his phone's battery......we got it, the first time of mentioning !! We was written and not he at one point, then we had breach not breech. She also had visitor's and not visitors' written but at other times her apostrophes were all properly positioned so someone messed that up by not spotting it.
However, once again a thought-provoking and nice story by the author, who rarely puts a foot wrong for me.
Read more
Report abuse

Jackie R.
5.0 out of 5 stars Very moving story
Reviewed in the United Kingdom 🇬🇧 on May 15, 2020
Verified Purchase
Not atall my usual type of book but I couldn't put it down.

Very good descriptions of characters, events and locations, which made the reader aware of what really happened without going into gory details.

I didn't spot any typos and there weren't too many American trade names etc which can be distracting for English readers.
Read more
One person found this helpful
Report abuse

Kindle Customer
2.0 out of 5 stars Instantly forgetable
Reviewed in the United Kingdom 🇬🇧 on February 3, 2023
Verified Purchase
I read this book at the start of my holidays (two weeks ago) and I'm unable to remember much about it. Oh yes drippy people having connections. I'm sure I have read better books by Julianne MacLean
Read more
Report abuse

margaret
5.0 out of 5 stars Really enjoyable read.
Reviewed in the United Kingdom 🇬🇧 on January 17, 2021
Verified Purchase
Really enjoyable read. Read most of these books in the series. Will definitely read the rest
Would recommend the books
Read more
One person found this helpful
Report abuse

Cazzie
5.0 out of 5 stars A gripping tale
Reviewed in the United Kingdom 🇬🇧 on May 31, 2020
Verified Purchase
This story had me gripped from page 1. What a great story teller. An author new to me and one I will be seeking out for my next read.
Read more
Report abuse
See all reviews