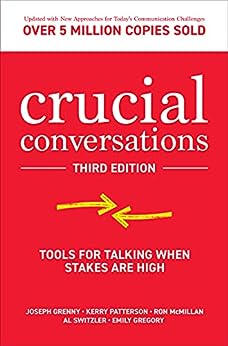 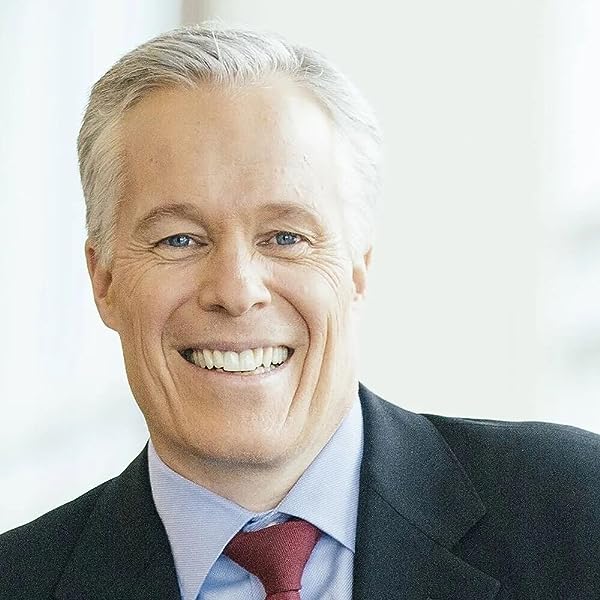 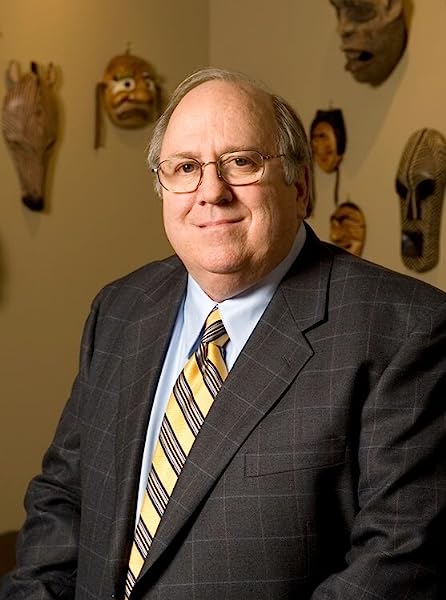 Enjoy a great reading experience when you buy the Kindle edition of this book. Learn more about Great on Kindle, available in select categories.
Keep your cool and get the results you want when faced with crucial conversations. This New York Times bestseller and business classic has been fully updated for a world where skilled communication is more important than ever.

The book that revolutionized business communications has been updated for today’s workplace. Crucial Conversations provides powerful skills to ensure every conversation—especially difficult ones—leads to the results you want. Written in an engaging and witty style, the book teaches readers how to be persuasive rather than abrasive, how to get back to productive dialogue when others blow up or clam up, and it offers powerful skills for mastering high-stakes conversations, regardless of the topic or person.

This new edition addresses issues that have arisen in recent years. You’ll learn how to:
When stakes are high, opinions vary, and emotions run strong, you have three choices: Avoid a crucial conversation and suffer the consequences; handle the conversation poorly and suffer the consequences; or apply the lessons and strategies of Crucial Conversations and improve relationships and results.

Whether they take place at work or at home, with your coworkers or your spouse, crucial conversations have a profound impact on your career, your happiness, and your future. With the skills you learn in this book, you'll never have to worry about the outcome of a crucial conversation again.

Joseph Grenny, Kerry Patterson, Ron McMillan, Al Switzler and Emily Gregory are international corporate consultants and leaders at Crucial Learning, a learning company that offers courses in the areas of communication, leadership and performance. Nearly half of the Forbes Global 2000 have used their courses to improve organizational health and performance.

McGraw-Hill authors represent the leading experts in their fields and are dedicated to improving the lives, careers, and interests of readers worldwide

4.7 out of 5 stars
4.7 out of 5
1,408 global ratings
How are ratings calculated?
To calculate the overall star rating and percentage breakdown by star, we don’t use a simple average. Instead, our system considers things like how recent a review is and if the reviewer bought the item on Amazon. It also analyzes reviews to verify trustworthiness.

Sasha Kelbas
5.0 out of 5 stars Great and valuable book
Reviewed in Canada 🇨🇦 on October 27, 2022
Verified Purchase
Recommend this to everyone.
Read more
Helpful
Report abuse

jason Shih
5.0 out of 5 stars great book
Reviewed in Canada 🇨🇦 on August 29, 2022
Verified Purchase
It’s a great book. It has helped me towards being more diplomatic and constantly evaluate my actions. I would everyone to read this book
Read more
Helpful
Report abuse

Amazon Customer
2.0 out of 5 stars Okay if you don't mind reading fluff
Reviewed in Canada 🇨🇦 on January 23, 2023
You'd have to be very bad at communicating to find this book interesting. A summary version would suffice.
Read more
Helpful
Report abuse

Annie
5.0 out of 5 stars Tools for Healthy, Truthful Conversations
Reviewed in Canada 🇨🇦 on September 1, 2022
It’s like a truth bomb explodes in your mind with every page. If you are human you need these tools to help you make smart decisions to enrich all relationships without compromising honesty.
Read more
Helpful
Report abuse

JoAnne Marlow
5.0 out of 5 stars A great book to read in Sections
Reviewed in Canada 🇨🇦 on March 6, 2022
I have selected this book, as I teach Organizational Communications; however, for personal use to understand and solve issues at home or in the workplace, this book is outstanding. It allows you to understand different perspectives...no matter what "space" or mood you are in. I highly recommend it.
Read more
Helpful
Report abuse
See all reviews

F.M.
3.0 out of 5 stars Excellent idea, very poorly written
Reviewed in the United Kingdom 🇬🇧 on July 9, 2022
Verified Purchase
This book is wonderful in its intent, to help people solve most sensitive problems by mastering and empowering their conversation skills.

Unfortunately, it is poorly organized, drown in 'examples' and fake 'case studies' and containing a disproportionately low amount of 'why' behind the 'how'.

It is also unclear whom this book is for. More analytical people don't need the ample, repetitive and sometimes boring 'examples' - they just need a good, logical exposure of the principals with a minimal examples used as illustration.

The instructive value of the book is surprisingly low. The reader still have to put significant effort to extract what is useful and applicable after closing a chapter. There are 'summaries' but they extremely dry and succint after an exhausting amount of irrelevant detail that their power is seriously diminished.

In short, the book could be reduced by 60% and lose nothing of its appeal - on the contrary.
Read more
3 people found this helpful
Report abuse

faith
5.0 out of 5 stars Crucial Conversations here I come
Reviewed in the United Kingdom 🇬🇧 on February 13, 2022
Verified Purchase
Fantastic book for the subject.
It is very helpful, insightful and informative. The authors use a lot of examples and case studies. Including online content and video clips. Lots of the material are on YouTube.
Had to read it for my business course and I'm already utilising the tools.

The book is an easy read, not complicated. It could be deemed as information dense (especially with the optional bonus content), but it will keep you engaged.

By the end of the read, I guarantee, you will be able to face conversations, you would have otherwise avoided. You'll feel more equipped to execute them properly.
Read more
2 people found this helpful
Report abuse

Youssef
5.0 out of 5 stars Great book
Reviewed in Germany 🇩🇪 on January 28, 2023
Verified Purchase
Mind opening and contains lots of insights on how to approach a difficult conversation in a structured way. I recommend.
Read more
Report abuse

Amazon Customer
4.0 out of 5 stars Great material, but don't buy the audio book.
Reviewed in the United States 🇺🇸 on October 27, 2022
Verified Purchase
Love the content of this book, but the audiobook version is not good. It's narrated by the authors, but I wish they would have hired a voice actor. The audio performance is wooden and excessively sing-song, with poor flow. It's distracting and hard to tolerate. With few exceptions, authors shouldn't narrate their own work. They would have done the material more justice by hiring a skilled professional.
Read more
22 people found this helpful
Report abuse
See all reviews
Report an issue
Does this item contain inappropriate content?
Report
Do you believe that this item violates a copyright?
Report
Does this item contain quality or formatting issues?
Report