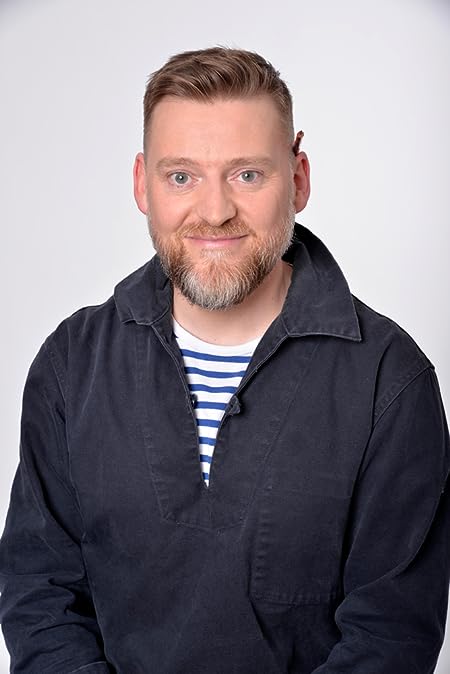 Many more new books are either in the pipeline or just released including His Royal Tinyness written by Sally Lloyd Jones - published by Walker Books, Chinese Emperor’s New Clothes by Ying Chang Compestine - published by Abrams, and soon to be published Don’t Blink by Amy Krouse Rosenthal – published by Random House picture books.

David has been shortlisted for many prestigious awards, including The Little Rebels Award for Ada Twist, Nestle Smarties Gold for Mouse Noses On Toast, Mother Goose and the Kate Greenaway Medal. Ada Twist went straight in to No.1 on the New York Times bestseller list and both Rosie Revere and Ada Twist have both been in the top ten New York Times Children’s picture book bestsellers list for 119 and 43 weeks respectively.

David Roberts was born in Liverpool - he loved drawing from an early age and couldn’t wait to escape high school to go to art college. Whilst at art college he developed a keen interest in fashion and went on to study fashion design. On leaving college David travelled to Hong Kong and worked as a fashion illustrator for various fashion magazines, before returning to England to work for renowned milliner Stephen Jones. Having secured representation by Artist Partners, David embarked on an illustrious children’s book career, and many years later is regarded as one of the foremost illustrators in the world. 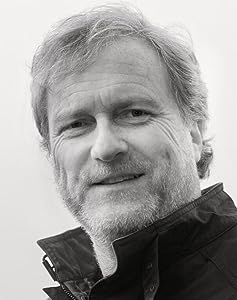 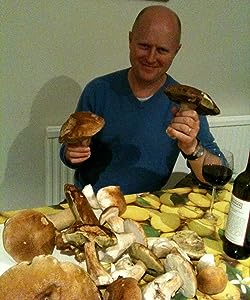 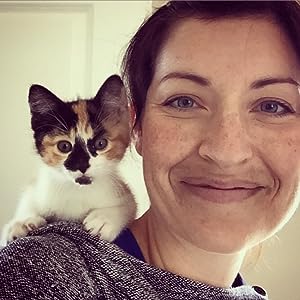 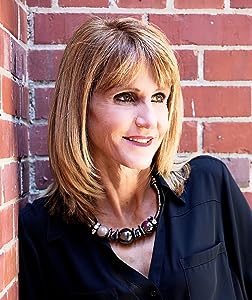 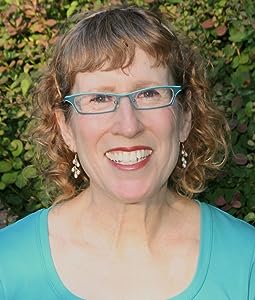 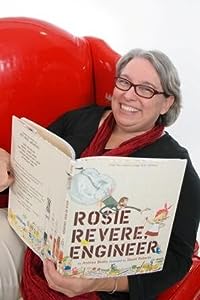 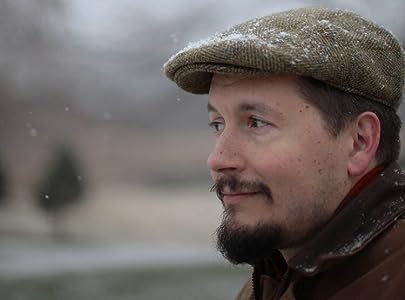 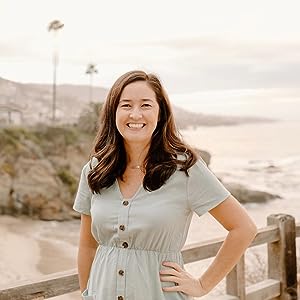 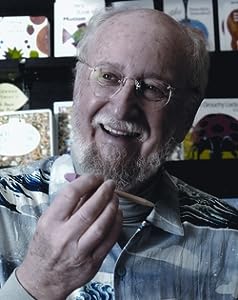 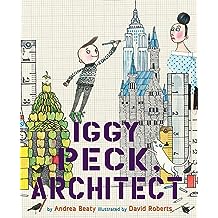 Iggy Peck, Architect (The Questioneers) 1-Feb-2016
by Andrea Beaty, David Roberts
( 2,583 )
$15.99 $19.05
Meet Iggy Peck—creative, independent, and not afraid to express himself! In the spirit of David Shannon's No, David and Rosemary Wells's Noisy Nora, Iggy Peck will delight readers looking for irreverent, inspired fun. Iggy has one passion: building. His parents are proud of his fabulous creations, though they're sometimes surprised by his materials—who could forget the tower he built of dirty diapers? When his second-grade teacher declares her dislike of architecture, Iggy faces a challenge. He loves building too much to give it up! With Andrea Beaty's irresistible rhyming text and David Roberts's puckish illustrations, this book will charm creative kids everywhere, and amuse their sometimes bewildered parents.
Read more
Other Formats:: Audible Audio Edition , Hardcover , Paperback , Audio CD 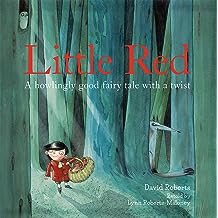 This highly imaginative and unusual spin on the Little Red Riding Hood is set in the late eighteenth century - a time of big wigs, satin gowns, powdered faces and wicked highwaymen!

Illustrated by David Roberts, of Iggy Peck, Architect and Rosie Revere, Engineer fame, Little Red is the story of a boy, a grandmother, a big bad wolf, and a keg of delicious ginger beer.

Young Thomas is known as Little Red. He lives with his parents in a cosy inn, famous for its sweet and fizzy ginger beer. Every week, Little Red visits his grandmother with food and a barrel of the ginger beer. But on this visit, grandma doesn't quite look herself. Can Little Red save Grandma, and himself, from the big bad wolf?

Look out for more fairy tales with a twist from David and Lynn Roberts! 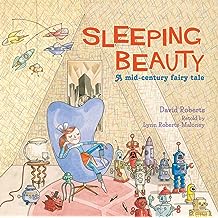 Young Annabel lives in the 1950s and dreams of a future with jetpacks, flying cars and robots. However, little does she know that she is living under an evil spell that could mean she has no future at all...

When the curse is fulfilled on her 16th birthday and she falls asleep for 1000 years, her house is overgrown by a magnificent rose tree. A young explorer called Zoe discovers the story of Sleeping Beauty, but can she find Annabel in time to lift the curse and show her what the future actually looks like? 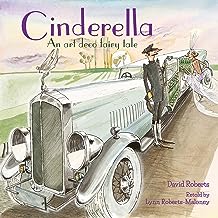 Cinderella moves into the era of flapper girls and the Charleston in a new telling of this famous rags-to-riches tale.

Blinded by love, Cinderella’s father marries unwisely and brings home a heartless wife, and her bossy and wicked daughters, Elvira and Ermintrude. They will stop at nothing to make life miserable for Cinderella.

On the day of a grand ball at the Palace, the wicked stepfamily get dressed in their finery to attend, leaving poor Cinders behind. However, Cinderella is visited by a kind fairy godmother, with exquisite fashion sense. In her beautiful beaded dress and glass slippers, Cinderella catches Prince Roderick’s heart, but then on the stroke of midnight has to desert him. Will true love find a way to bring them back together again?

Other titles in the series: Sleeping Beauty, Rapunzel and Little Red. 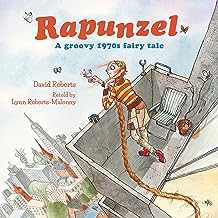 Meet a truly funky, flares-clad fairy-tale heroine and a genuinely frightening villain in this hilarious re-working of a much-loved fairy tale. Poor Rapunzel can only dream about the world outside because her Aunt Edna keeps her locked up in their tower-block home. The lifts don't work and Aunt Edna is too lazy to take the stairs, so she uses Rapunzel's extraordinarily long hair to climb in and out of their tiny flat. Rapunzel's life is confined within orange and brown flower-printed walls, with only her beloved records for solace. But then one day, a handsome stranger climbs up her hair and a new adventure begins.

Set in the glamorous seventies, this lively retelling is bursting with colourful period detail.

Other books in the series: Sleeping Beauty, Little Red and Cinderella. 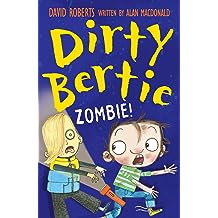 Dirty Bertie: Zombie! 2-Sep-2013
by Alan MacDonald, David Roberts
( 24 )
$6.79 $8.49
Calling all Dirty Bertie fans! Dirty Bertie - the boy with nose-pickingly disgusting habits - is back for another helping of comic chaos! More disgusting than ever, with crazier plans and increasingly madcap schemes, Bertie continues to delight his legions of fans who revel in his revolting ways. Join Bertie in Zombie! his 21st adventure, as he finds himself on the run from a zombified Eugene, discovers a new dance craze, and gets caught up in some monkey business on a trip to the zoo. Dirty Bertie is a hugely popular series created by David Roberts. With each hilarious story approximately thirty pages long and split into chapters, Dirty Bertie is ideal for reluctant boy readers or readers in search of hilarity but with a short attention span.
Read more
Other Formats:: Paperback
Back to top
Get to Know Us
Make Money with Us
Amazon Payment Products
Let Us Help You
EnglishChoose a language for shopping. CanadaChoose a country/region for shopping.
© 2008-2021, Amazon.com, Inc. or its affiliates