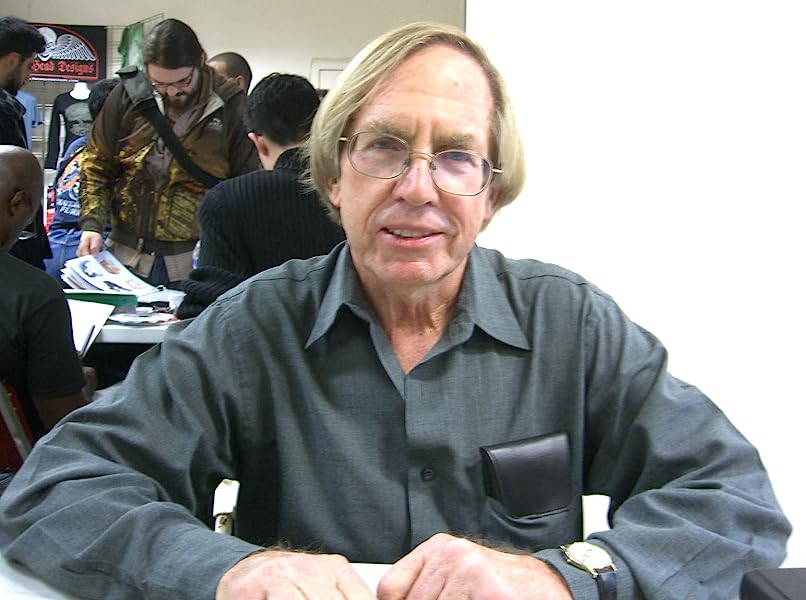 4.4 out of 5 stars
4.4 out of 5
35 global ratings
How are ratings calculated?
To calculate the overall star rating and percentage breakdown by star, we don’t use a simple average. Instead, our system considers things like how recent a review is and if the reviewer bought the item on Amazon. It also analyzes reviews to verify trustworthiness.
Top reviews

There are 0 reviews and 5 ratings from Canada

Stevie T
5.0 out of 5 stars Super defenders
Reviewed in the United Kingdom on June 8, 2021
Verified Purchase
Now THIS is my era!
Read more
One person found this helpful
Report abuse

ComicsFanPOC
1.0 out of 5 stars Packaging
Reviewed in Germany on June 19, 2021
Verified Purchase
Sending such a big and heavy book in a simple envelope does not offer sufficient protection. The corner of the front and back covers were damaged. Amazon used to send such books in sturdy cardboard packages. I suppose that these new light cardboard envelopes are much less expensive... I am very disappointed. Please, for books this size and weight, consider using the "old" cardboard packages that are larger than the size of the book and offer much better protection.
Read more
2 people found this helpful
Report abuse

Tim Lukeman
4.0 out of 5 stars The non-team begins - 4.5 stars
Reviewed in the United States on April 27, 2021
Verified Purchase
The early 1970s was a good time for comics at Marvel, as new ideas flourished & experimentation was encouraged ... all in hopes of creating successful new characters & series, of course! And while many such attempts were often different from traditional superhero comics, the experimentation extended to superheroes as well. One of the best was THE DEFENDERS, a loose conglomeration of characters who were often lacking their own series, but were just too good to leave in comics Limbo.

This first volume gives us the building blocks of that non-team, one in which the leads seldom agree or get along very well, and where not everyone is present in every story. Conversely, anyone who happens to be walking by might become a Defender for an issue or three. But the core of the group is Dr. Strange, the Submariner, the Hulk, and (occasionally) the Silver Surfer. These first stories go through more than one writer & more than one artist, and begin to add supporting characters (Valkyrie, Nighthawk, for example) who would eventually become core members themselves.

The stories are well within the bounds of the superhero narrative, but given some interesting twists, especially by newcomer Steve Englehart. And once Sal Buscema settles in as series artist, there's a solid consistency present. Sal is often underrated compared to fan favorite artists, but he's always had a firm & dynamic sense of storytelling, which shows to great advantage in these pages. Sal's two-page splash—a literal splash, at that!—with the Surfer & the Submariner is proof of that.

Because the stories that made THE DEFENDERS truly so different & so acclaimed are still to come, when Steve Gerber comes aboard & turns the series into a wonderful trip of absurdity & surrealism, but also genuine drama & tragedy along with its satiric elements. The cosmic harmonica, the Bozos, the Elf With A Gun, the Headmen, the evil baby deer—all that & more awaits in the second volume, whenever it is published. And after that, David Anthony Kraft will continue that trend, with "Who Remembers Scorpio?" being a high point. But not yet.

Meanwhile, the stories in this volumes already have a nice touch of weirdness that adds to their solid plots. They're always enjoyable & quite often take unexpected turns. Anyone who loves classic Bronze Age comics will find plenty to enjoy in these pages! In particular, taking two minor villains (Valkyrie & Nighthawk) and turning them into heroes already shows the possibilities to be explored. Even as the big mainstream titles were becoming a bit repetitious for the time being, this "lesser" series was gearing up for new directions. Highly recommended!
Read more
14 people found this helpful
Report abuse

Michael
3.0 out of 5 stars Good book, blah delivery.
Reviewed in the United States on July 1, 2021
Verified Purchase
This is more a review of the delivery. The driver came up to the porch and just kind of let the boxes fall from his arms and land on the porch. As a result, the omnibus' top corner looks smashed in a bit. Is it enough to return it as majorly damaged? No. Is it enough to always annoy me when I see it on my shelf? Yes. It is always irritating to get something that should be in perfect condition and have it ruined. If it's by your own hands that is bad, but to have it happen because someone else didn't act more professionaly is angering.

The stories contained in this omnibus are quite good and I am, regardless, happy to have them in a hardbound volume.

victor williams
5.0 out of 5 stars Good
Reviewed in the United States on April 22, 2021
Verified Purchase
Good restoration of comics
Read more
2 people found this helpful
Report abuse
See all reviews
Back to top
Get to Know Us
Make Money with Us
Amazon Payment Products
Let Us Help You
EnglishChoose a language for shopping. CanadaChoose a country/region for shopping.
© 2008-2021, Amazon.com, Inc. or its affiliates