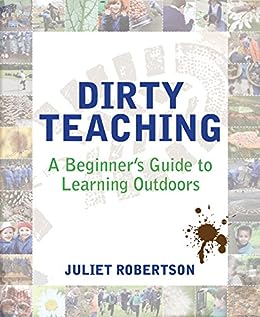 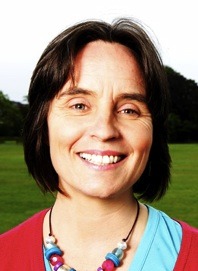 One of the keys to a happy and creative classroom is getting out of it and this book will give you the confidence to do just that. Drawing on academic research, Juliet explains why learning outdoors is so beneficial and provides plenty of tips and activities to help you to integrate outdoor learning into your teaching practice, providing a broad range of engaging outdoor experiences for your students.

There is no need for expensive tools or complicated technologies: all you need is your coat and a passion for learning - oh, and you'd better bring the kids too!

For all primary practitioners who want to shake up their usual classroom routine and discover the benefits of teaching outdoors.

Dirty Teaching was a finalist in the Non-Fiction People's Book Prize Winter 2014 collection.

Since establishing Independent Thinking 25 years ago, Ian Gilbert has made a name for himself across the world as a highly original writer, editor, speaker, practitioner and thinker and is someone who the IB World magazine has referred to as one of the world's leading educational visionaries.The author of several books, and the editor of many more, Ian is known by thousands of teachers and young people across the world for his award-winning Thunks books. Thunks grew out of Ian's work with Philosophy for Children (P4C), and are beguiling yet deceptively powerful little philosophical questions that he has created to make children's - as well as their teachers' - brains hurt.Ian's growing collection of bestselling books has a more serious side too, without ever losing sight of his trademark wit and straight-talking style. The Little Book of Bereavement for Schools, born from personal family experience, is finding a home in schools across the world, and The Working Class - a massive collaborative effort he instigated and edited - is making a genuine difference to the lives of young people from some of the poorest backgrounds.A unique writer and editor, there is no other voice like Ian Gilbert's in education today.Juliet Robertson is an education consultant who specialises in outdoor learning. Before becoming a consultant Juliet was a head teacher at three schools, making her more than qualified to help others improve their practice. She also writes a popular education blog - 'I'm a teacher, get me OUTSIDE here!' - where she illustrates her ideas and enthusiasm for learning outdoors. @CreativeSTAR --This text refers to an alternate kindle_edition edition.

"Dirty Teaching recognizes that the most effective way to embed teaching and learning in the outdoors is not to create huge quantities of resources but to plant seeds so that teachers can grow their own ideas. Easy to dip into for inspiration but also compelling to read as a narrative that engages and informs in equal measure." -- Juno Hollyhock "Executive Director, Learning through Landscapes"

"Provides teachers who want to take their practice outdoors with strategies to minimize bureaucratic barriers, tactics to seamlessly integrate indoor and outdoor teaching, and countless cross-curricular activities that can be implemented with minimal resources. The pages are packed with creative ideas for active and engaging outdoor lessons." -- Simon Beames "University of Edinburgh" --This text refers to an alternate kindle_edition edition.

Juliet Robertson is an education consultant who specialises in learning and playing outdoors. She has lived and taught in Scotland (UK) most of her adult life. At the age of 30 she accepted the post of head teacher in a tiny Highland school with 6 pupils on its roll. In 2007, after leading and managing a further two larger schools, she decided to step outside the classroom and enable children to learn in, through and about the real world.

As well as having to radically rethink and change her own practice, Juliet has gone on to inspire and motivate others to do the same. She is a popular trainer and has created courses for her own company, Creative STAR, as well as for other organisations such as the Forestry Commission Scotland. Behind the scenes, she has worked at a national level in Scotland, having written national guidance, case studies and website content about outdoor learning for Education Scotland. During 2013 she was on the working group which created the Scottish Government's Play Strategy for Scotland. In 2016, she co-authored the Loose Parts Play: A Toolkit which is free to download.

International practice has strongly influenced Juliet's perspective on the impact and value of learning outdoors. At the age of 19 she spent several months working in a Puerto Rican neighbourhood in Philadephia working with 11-14 year olds on a summer program of outdoor activities. In 1994 she had a year-long exchange to Ontario, Canada and worked in an outdoor education centre. She was actively involved in European study visits and tours. In 2004 her report on Education for Sustainability in the Czech Republic won a DEIEP research award. In 2008 she gained a Winston Churchill Travelling Fellowship to investigate outdoor technology in Canada, USA, Sweden and the Czech Republic.

Since 2008 Juliet has written extensively about her outdoor experiences and those of others through her award-winning blog, "I'm a teacher, get me OUTSIDE here!" which gets one quarter of a million page views per year.

She believes that keeping her hands dirty when teaching keeps her mind fresh. After all, when you think outside, no box is needed...

4.8 out of 5 stars
4.8 out of 5
225 global ratings
How are ratings calculated?
To calculate the overall star rating and percentage breakdown by star, we don’t use a simple average. Instead, our system considers things like how recent a review is and if the reviewer bought the item on Amazon. It also analyzes reviews to verify trustworthiness.

Lisa
4.0 out of 5 stars Good outdoor learning book for beginners
Reviewed in Canada 🇨🇦 on October 4, 2020
Verified Purchase
It was practical, but many of the ideas were obvious ones that I already knew about (but it was nice to be reminded of them).
Read more
Helpful
Report abuse

Tyler Megan Cowan
4.0 out of 5 stars For all ages!
Reviewed in Canada 🇨🇦 on December 1, 2018
Verified Purchase
An easy read. Has ideas for all ages
Read more
Helpful
Report abuse

Mark Whitcombe
5.0 out of 5 stars Mud between the toes never felt so good — and useful!
Reviewed in Canada 🇨🇦 on July 21, 2014
Verified Purchase
Beautifully laid out book — but way better than that is Juliet's creativity and the understanding that the huge number of activities for teaching outdoors are tried and true.
Read more
6 people found this helpful
Helpful
Report abuse

Mrs. Freeman
5.0 out of 5 stars Well worth getting especially for beginners and others
Reviewed in the United Kingdom 🇬🇧 on December 31, 2015
Verified Purchase
A good sourcebook for schools who are wanting to take education outdoors that will get the children fired up. Juliet Robertson also uses tried and tested ideas from some of the outdoor greats e.g Joseph Cornwall, Thom Henley et al. A book that is very easy to dip in and out of.
Read more
3 people found this helpful
Report abuse

SJ
5.0 out of 5 stars A great resource with wonderful ideas.
Reviewed in the United Kingdom 🇬🇧 on November 1, 2020
Verified Purchase
This is an excellent resource for teachers or parents who want to get outside more with their children. Some great ideas for play and learning using natural resources. I loved it.
Read more
Report abuse

J. Serridge
5.0 out of 5 stars Problem re delivery promptly responded to
Reviewed in the United Kingdom 🇬🇧 on June 27, 2019
Verified Purchase
Bought for son.... working in this area.
Read more
One person found this helpful
Report abuse

sue
5.0 out of 5 stars Excelllent ideas
Reviewed in the United Kingdom 🇬🇧 on March 22, 2017
Verified Purchase
Full of great ideas. Written in a nice simple straightforward format which is easy to dip in and dip out.
Read more
2 people found this helpful
Report abuse

muriel bennett
5.0 out of 5 stars A great resource for all teachers
Reviewed in the United Kingdom 🇬🇧 on March 13, 2016
Verified Purchase
Great resource for teachers. I would also recommend any courses run by Juliet. I was on one last weekend in Cumbrae Scotland and it was inspirational. Thanks Juliet!
Read more
One person found this helpful
Report abuse
See all reviews
Report an issue
Does this item contain inappropriate content?
Report
Do you believe that this item violates a copyright?
Report
Does this item contain quality or formatting issues?
Report