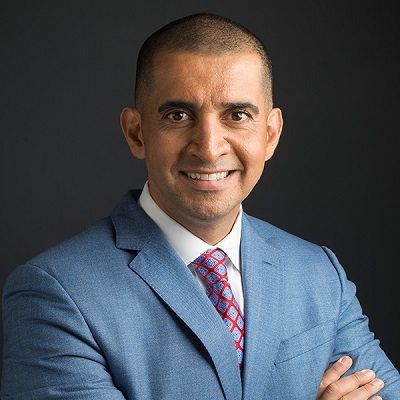 by Patrick Bet-David (Author)
4.7 out of 5 stars 564 ratings
See all formats and editions
Sorry, there was a problem loading this page. Try again.

What does Doing the Impossible really mean? This book is for those who have a desire to achieve greatness and are ready to take the steps to turn that desire into a reality. At one point or another in this book, you will experience several different reactions - excitement, curiosity, joy, laughter, or even tears - but the ultimate goal is to encourage and challenge you to make a decision to do the impossible. That may have a totally different meaning to you than it did to Steve Jobs, Thomas Edison, or any of the other role models we will look at; but whatever Doing the Impossible means to you, the goal of this book is to help you realize that you have the capacity to do what the critics think is impossible. - Patrick Bet-David, Introduction to Doing the Impossible. Doing the Impossible is a roadmap for those who want to do something big with their lives. The book goes over 25 steps that the reader should take to re-create themselves, identify their cause, and make history. Patrick Bet-David shares his own impossible crusade and gives key principles for anyone looking to do the same.
Read more
Previous page
Next page

During the Iranian Revolution of 1978, Patrick’s family had to escape to survive and

ended up living in a refugee camp in Erlangen, Germany. After moving to California,

serving in the U.S Army and being introduced to entrepreneurship, Patrick set out to

and media personality with a point to prove.

A prolific content creator, producer, author and CEO of both PHP Agency, Inc. and

organic fanbase of over 10 million followers across 5 media platforms. His unapologetic

and thought provoking approach to education and conversations have attracted a

wide range of audiences from around the globe.

4.7 out of 5 stars
4.7 out of 5
564 global ratings
How are ratings calculated?
To calculate the overall star rating and percentage breakdown by star, we don’t use a simple average. Instead, our system considers things like how recent a review is and if the reviewer bought the item on Amazon. It also analyzes reviews to verify trustworthiness.
View Image Gallery

AC
5.0 out of 5 stars Amazing Book
Reviewed in Canada 🇨🇦 on September 8, 2021
Verified Purchase
Would recommend this book as a simple but powerful book to start your journey of success. Not wordy but very on point.
Read more
Helpful
Report abuse

H Garcia
5.0 out of 5 stars Start doing the impossible by getting this book
Reviewed in Canada 🇨🇦 on December 31, 2020
Verified Purchase
There are quite a few editing improvements that can be done to this book but the content is so good and to the point that I would rate it 10 stars with all its flaws.
Don't just read it, take action!

Amazon Customer
5.0 out of 5 stars Must read!! If not, you are loosing out on advice you will need to be successful
Reviewed in Canada 🇨🇦 on December 22, 2016
Verified Purchase
The book is a fast read, but you will get amazing advice on how to achieve goals that might seem impossible to others and even yourself. It basically brings all of the main points that you will find in other self development books. The book is emotional at times. Very inspirational. I love the book and could not put it down. I will review the laws over again every day from now on.
Read more
Helpful
Report abuse

Amazon Customer
5.0 out of 5 stars Book of the month « Great & easy to read »
Reviewed in Canada 🇨🇦 on July 23, 2020
Verified Purchase
Great book with a lot of links videos to watch. Must to read!
Read more
Helpful
Report abuse

Alex
5.0 out of 5 stars How my life changed
Reviewed in Canada 🇨🇦 on October 21, 2019
Verified Purchase
I chose this rating because it has awaken me from my slumber. My direction now exicits me from inspiration from this book.
Read more
Helpful
Report abuse

Emmanuel Alexandre-Aimé
5.0 out of 5 stars Great book
Reviewed in Canada 🇨🇦 on May 25, 2019
Verified Purchase
Loved everything about it. Had a lot more links to other content that I thought. After every chapte, you are challenged to think about what you just read.
Read more
Helpful
Report abuse
See all reviews

Wouter Peere
5.0 out of 5 stars Nice, simple book on how to do great things
Reviewed in the United Kingdom 🇬🇧 on November 28, 2016
Verified Purchase
This is a really nice book to read. Because all the laws are explained in 2 to 7 pages, it's easy to read (and reread) it when you don't have much time. For example, as an engineering student, I don't have much time left after studying, so, when I wake up, before going to class, I read 1 law. This gets me motivated for the rest of the day! I really loved the simplicity of this book! It contains a lot of very nice quotes and stories about sport legends and great entrepreneurs. At the end of each law, you get a few questions to think about and to directly implement the content of that law into your life. I will read this book certainly over and over again!
Read more
8 people found this helpful
Report abuse

Oleks GALKA
5.0 out of 5 stars Doing the impossible
Reviewed in the United Kingdom 🇬🇧 on November 28, 2020
Verified Purchase
Bought this book on the same day of finishing it. Great content! Made me step back and reflect on my life journey. Authors YouTube account valuenterment has been great help in strategic thinking and very entertaining to watch.
Read more
Report abuse

JP
5.0 out of 5 stars Brilliant !
Reviewed in the United Kingdom 🇬🇧 on February 27, 2019
Verified Purchase
Amazing book by a great author ! Read it right through the minute it arrived and will be re-reading.
Read more
Report abuse

Vinay Babla
5.0 out of 5 stars As good as his YouTube content
Reviewed in the United Kingdom 🇬🇧 on September 18, 2017
Verified Purchase
Quality tips. Bit short for the price but PB-D compensates for that by having action steps after each law, which are very useful.
Read more
Report abuse
See all reviews