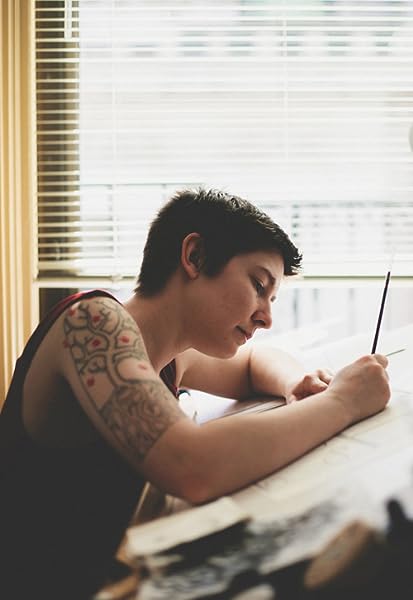 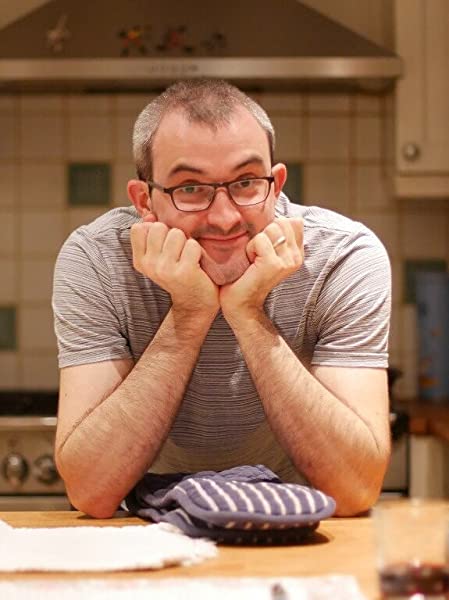 The first volume in a planned, 3-volume, sex-education series.

Pick up this fun book if you’re looking to learn something new, understand sexuality better, or know someone (maybe you!) who might benefit from some judgment-free education. Erika and Matthew are here to help you out
Read more
Previous page
Next page

"This is a sex-positive gulp of fresh air." ― Publishers Weekly

"I dare you to read this without immediately running out your door to try everything with the babely humans in your life." ― Autostraddle

Erika Moen is a veteran of nearly 20 years in the comics industry. She is best known for her autobiographical story DAR! A Super Girly Top Secret Comic Diary and the sex toy review/sex education series Oh Joy Sex Toy. Her work focuses on sex, sexuality, identity, and fart jokes. She lives in Portland, Oregon with her husband and creative partner Matthew Nolan.

Matthew Nolan is wise beyond his years. He's been helping make sex education comics for the past five years and still looks great doing it. He lives in Portland with his wife Erika Moen, and cat Flapjack, who doesn't contribute to the comics at all, despite living off of the proceeds. Lazy, if you ask me. Matt's almost entirely grey, despite only being in his 30s!

4.7 out of 5 stars
4.7 out of 5
96 global ratings
How are ratings calculated?
To calculate the overall star rating and percentage breakdown by star, we don’t use a simple average. Instead, our system considers things like how recent a review is and if the reviewer bought the item on Amazon. It also analyzes reviews to verify trustworthiness.
Top reviews

Robert Brandt
3.0 out of 5 stars Not so basic
Reviewed in Canada on June 28, 2019
Verified Purchase
I bought this book thinking I could use it with my 12 year old, but it's just way too much information for him to digest! I think we need a more basic version of The Basics. I love how inclusive the book is, and the diverse representation of different body types and gender identities. It's just a little too much information for my kid, who still squirms when people kiss in movies ;)
Read more
One person found this helpful
Helpful
Report abuse

myriam
5.0 out of 5 stars The best sex-ed class put in a comic
Reviewed in Canada on November 7, 2018
Verified Purchase
The book is beautifully done, its a sex ed class in a comic book (even better than a class because it talks about sex, masturbation, if you're ready for sex, sexting, STDs, contraception methods... and not abstinence). Always loved oh joy sex toy and am so glad i could support them like this and own something im super proud exists.
The only thing you should keep in mind is that theses are all comics that were published in their webcomic, there is nothing exclusive in the book.
If you arent familiar with their webcomic go read it, please!
Read more
Helpful
Report abuse

Jess Ah
5.0 out of 5 stars The book I always wanted to read- so glad I now finally can!
Reviewed in Canada on January 16, 2019
This book is incredible. The care and intention that goes into being inclusive, diverse, accessible, accurate, (and fun!) is incredible and inspiring. I've read it fully and then partially a few times now, and looking forward to reading it again and sharing it with my partner (who bought it for me!), friends and family. SO GOOD.
Read more
Helpful
Report abuse
See all reviews

I bought it for my older teen as part of a package of books I am compiling for her about sex.

My first concern was that the author of this book constantly refers to the readers of this book as 'Perverts'. It's all the way through the book and it is vile. A pervert is someone whose sexual behaviour is regarded as abnormal and unacceptable. A 'pervert' is not a term of endearment. Neither does it have any place in healthy sex education.

It is true that there is diversity and representation in the illustrations, but this is the only positive feature of the book.

There is no way I would ever give this book to my teenagers. Nor would I keep it as part of the library in our women's community.

Recommended books with a much deeper and connected guide to sex include:

Luke Hares
5.0 out of 5 stars Excellent introduction to the subject
Reviewed in the United Kingdom on November 26, 2018
Verified Purchase
Just the kind of thing to leave about the place to be discovered by teenagers. Not a substitute for talking but a useful addition
Read more
One person found this helpful
Report abuse

Amazon Customer
5.0 out of 5 stars great drawings!
Reviewed in the United Kingdom on May 28, 2019
Verified Purchase
Really useful, the perfect book for teens or someone of any age coming into their sexuality
Read more
One person found this helpful
Report abuse

Christina Robb
5.0 out of 5 stars Great for teens who don’t like reading books but need to know all about sex.
Reviewed in Australia on October 25, 2020
Verified Purchase
I ordered it for my 17 yr old granddaughter, who has her first boyfriend and needs to be informed about sex, contraceptive measures etc. As she’s way too busy to read a book, I thought the comic style layout would be ideal for her.
The book arrived about a month before it was supposed too, which was a good surprise.
Read more
Report abuse