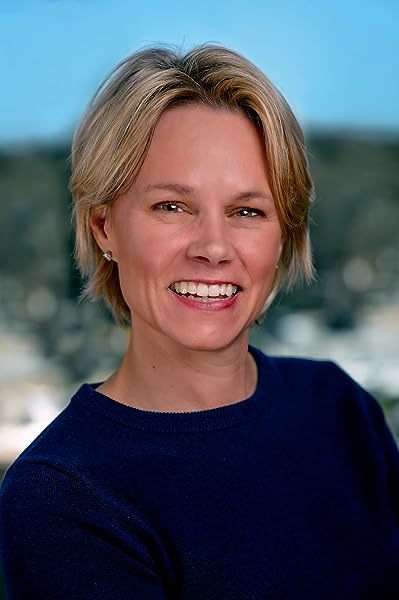 The Energy Clock: 3 Simple Steps to Create a Life Full of ENERGY - and Live Your Best Every Day Hardcover – Jan. 1 2020

by Molly Fletcher (Author)
4.7 out of 5 stars 71 ratings
Part of: Ignite Reads (22 books)
See all formats and editions
Sorry, there was a problem loading this page. Try again.

A creative solution to productivity that will empower every reader to break free of burnout!

Do you feel like you're always running low on energy? Cut the stressors and begin to live your life renewed. Molly Fletcher's The Energy Clock shows you how to adjust your mindset and accomplish more meaningful work with fewer distractions. It is a game changing way to give more of yourself to what's most important, and waste less of your time and resources on what's not.

The Energy Clock will show you how to:

MOLLY FLETCHER is a trailblazer in every sense of the word--now a CEO, she shares unconventional techniques that made her one of the first female sports agents in the high stakes world of sports.

A popular keynote speaker and author, Molly Fletcher shares the unconventional techniques that helped her thrive as one of the first female sports agents in the high stakes, big ego world of professional sports and now a successful entrepreneur.

Formerly, as president of client representation for sports and entertainment agency CSE, Molly spent two decades as one of the world’s only female sports agents. She was hailed as the “female Jerry Maguire” by CNN as she recruited and represented hundreds of sport’s biggest names, including Hall of Fame pitcher John Smoltz, PGA TOUR golfer Matt Kuchar, broadcaster Erin Andrews, and basketball championship coaches Tom Izzo and Doc Rivers.

As she successfully negotiated over $500 million in contracts and built lasting relationships, she also observed and adopted the traits of those at the top of their game. Molly shares her proven approach to negotiating in her company’s Game Changer Negotiation Training workshops.

Molly has been featured in ESPN, Fast Company, Forbes and Sports Illustrated. A sought after motivational speaker, she delivers game changing messages to top companies, trade associations, and teams worldwide.

Molly is the author of five books: The Energy Clock; Fearless At Work; A Winner’s Guide to Negotiating; The Business of Being the Best; and The 5 Best Tools to Find Your Dream Career.

Molly currently serves on the board of directors for the Intercollegiate Tennis Association (ITA) and the national advisory board for the Positive Coaching Alliance (PCA).

Molly earned a bachelor’s degree in communications from Michigan State University while captaining the women’s tennis team. Molly’s energy and passion for life shines through everything she does. She finds her greatest joy at home in Atlanta with her husband Fred and their three daughters.

4.7 out of 5 stars
4.7 out of 5
71 global ratings
How are ratings calculated?
To calculate the overall star rating and percentage breakdown by star, we don’t use a simple average. Instead, our system considers things like how recent a review is and if the reviewer bought the item on Amazon. It also analyzes reviews to verify trustworthiness.

Nick Abbott
3.0 out of 5 stars Nothing new, just repackaged old material
Reviewed in the United States 🇺🇸 on June 10, 2022
Verified Purchase
The book is OK, but as is so often the case, after you have read a fair bit, it's tough to find anything original so you end up reading what you already know, but worded slightly differently
Read more
One person found this helpful
Report abuse

Honorée Corder (Author, You Must Write a Book, Prosperity for Writers and The Nifty 15)
5.0 out of 5 stars Terrific Reset!
Reviewed in the United States 🇺🇸 on September 14, 2021
Verified Purchase
This quick read provides valuable insights followed by tools that make a real difference. Ms. Fletcher shares no-nonsense advice that can help anyone get more out of their life and business.
Read more
One person found this helpful
Report abuse

MT Side Member
5.0 out of 5 stars Buy this book!
Reviewed in the United States 🇺🇸 on February 20, 2021
Verified Purchase
Thanks for writing Molly!! I incorporated several tips and it has changed my work and personal life so thank you!!
Read more
One person found this helpful
Report abuse

Dawn M. Hessler
5.0 out of 5 stars Quick And Powerful Read
Reviewed in the United States 🇺🇸 on February 2, 2020
Verified Purchase
This book opened my eyes and made me more aware of my energy levels. It explains how to keep your energy up and how to manage it when it starts of to fall. Great tips! Highly recommend!
Read more
3 people found this helpful
Report abuse

Amazon Customer
5.0 out of 5 stars Manage Your Energy
Reviewed in the United States 🇺🇸 on May 26, 2022
Verified Purchase
Loved this helpful quick read on managing energy! Molly was an amazing guest on my podcast as well! Brilliant woman!
Read more
Report abuse
See all reviews