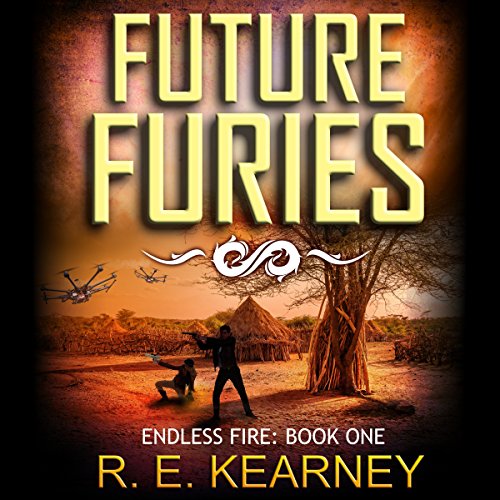 "I know not with what weapons World War III will be fought, but World War IV will be fought with sticks and stones." Albert Einstein's warning ricochets inside Robert Goodfellow's thoughts as he races to stop the cyber and robotic murders of American and Russian leaders propelling the United States and Russia into war. Part-time cyber-warrior and conflict-avoiding cerebral soldier, Robert has been ordered to locate and protect Pion, the autistic, cyber-savant US officials believe is their best, and maybe only, chance to prevent catastrophe. Reluctantly joining him in his quest is Mugavus Komfort, a female partner from his past. From the highly advanced, newly independent State of SPEA to the ancient African nation of Ethiopia, Robert and Mugavus battle their way through a near-future, dystopian world ravaged by the endless fire of climate change, chaos and conflict. US and Russian assassins, predator robots, terrorists, and rebels surround and imperil Robert and Mugavus as they struggle to save the world from itself. It's a race against time. In the end will they be too late?

Get 3 months of Audible for only $5.95/mo!
You get 3 credits and unlimited access to podcasts, originals and more.
Limited time offer! Get started
Learn more about membership
List Price: $33.01
You Save: $4.13 (13%)
By completing your purchase, you agree to Audible's Conditions Of Use and Amazon's Privacy Notice. Tax where applicable.
Sold and delivered by Audible, an Amazon company
Share

4.0 out of 5 stars
4 out of 5
4 global ratings
How are ratings calculated?
To calculate the overall star rating and percentage breakdown by star, we don’t use a simple average. Instead, our system considers things like how recent a review is and if the reviewer bought the item on Amazon. It also analyzes reviews to verify trustworthiness.

There are 0 customer reviews and 4 customer ratings.