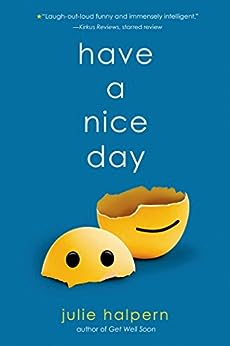 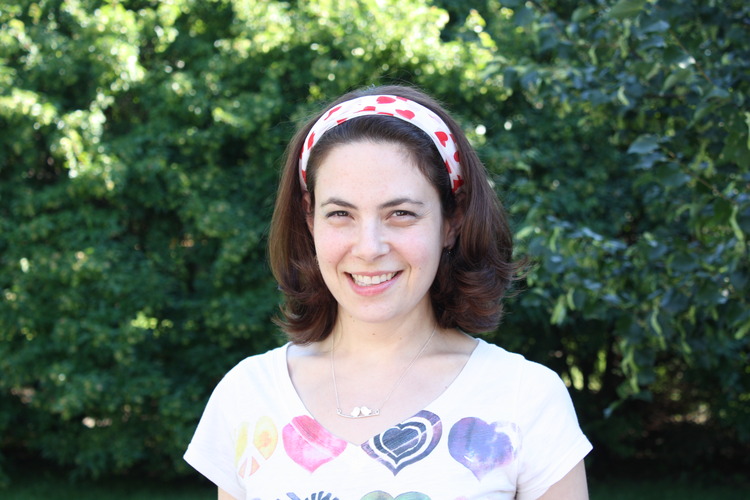 Have a Nice Day Kindle Edition

by Julie Halpern (Author) Format: Kindle Edition
See all formats and editions
Sorry, there was a problem loading this page. Try again.

Anna Bloom has just come home from a three-week stay in a mental hospital. She feels...okay. It's time to get back to some sort of normal life, whatever that means. She has to go back to school, where teachers and friends are dying to know what happened to her, but are too afraid to ask. And Anna is dying to know what's going on back at the hospital with her crush, Justin, but is too afraid to ask. Meanwhile, Anna's parents aren't getting along, and she wonders if she's the cause of her family's troubles.

“Anna's sarcastic voice is sharp as ever, and those who followed her through treatment will be anxious--and pleased.” ―Booklist

Copyright © 2012 by Julie Halpern
--This text refers to an alternate kindle_edition edition.

Julie Halpern is the author of several books for young adults, including Meant to Be, Get Well Soon, and The F-It List; the adult novel Maternity Leave; and the picture book Toby and the Snowflakes. Prior to her life as a full-time mom and author, Julie was a school librarian. In her imaginary spare time, she enjoys traveling, watching television for grown-ups, and eating baked goods. Julie lives in the Chicago suburbs with her husband, Caldecott-winning author and illustrator Matthew Cordell, and their two children. --This text refers to an alternate kindle_edition edition.
Read more

JULIE HALPERN is the author of five young adult novels and one picture book for young readers. Maternity Leave is her first novel for adults. Prior to her life as full-time mom and author, Julie was a school librarian. In her imaginary spare time, she enjoys traveling, watching television for grown-ups, and eating baked goods. Julie lives in the Chicago suburbs with her husband, author and illustrator Matthew Cordell, and their two children.

4.8 out of 5 stars
4.8 out of 5
32 global ratings
How are ratings calculated?
To calculate the overall star rating and percentage breakdown by star, we don’t use a simple average. Instead, our system considers things like how recent a review is and if the reviewer bought the item on Amazon. It also analyzes reviews to verify trustworthiness.
Top reviews

Nikki Williamson
5.0 out of 5 stars Good book
Reviewed in the United Kingdom on May 7, 2018
Verified Purchase
Loved it
Read more
Report abuse

J.B.
5.0 out of 5 stars A really good sequel.
Reviewed in the United States on May 31, 2017
Verified Purchase
I am usually skeptical about sequels, especially when it's not some hyped series (i.e. Divergent, etc...), but this was really enjoyable. Anna Bloom is a great character, and the story was very well written. I was glad Anna was able to stand up for herself and move on from her past. I felt she made a lot of progress in the second book. My only gripe is how quickly she moved on from Justin to Tucker, after droning on and on about about Justin for so damn long. All in all, a nice sequel.
Read more
Report abuse

Prindaville
5.0 out of 5 stars Laughter and tears.
Reviewed in the United States on February 8, 2015
Verified Purchase
This novel deals with an adolescent who has recently been discharged from a psychiatric hospitalization. As she pulls her life together the reader shares the emotionally disruptive and positive events that occur. The book is well written and the protagonists realistic and engaging. Her resilience allows her to find happiness and the humor in life. I highly recommend this novel.
Read more
One person found this helpful
Report abuse

Jill Boudreau
5.0 out of 5 stars Five Stars
Reviewed in the United States on May 15, 2018
Verified Purchase
Good read!
Read more
Report abuse
See all reviews
Back to top
Get to Know Us
Make Money with Us
Amazon Payment Products
Let Us Help You
EnglishChoose a language for shopping. CanadaChoose a country/region for shopping.
© 1996-2022, Amazon.com, Inc. or its affiliates