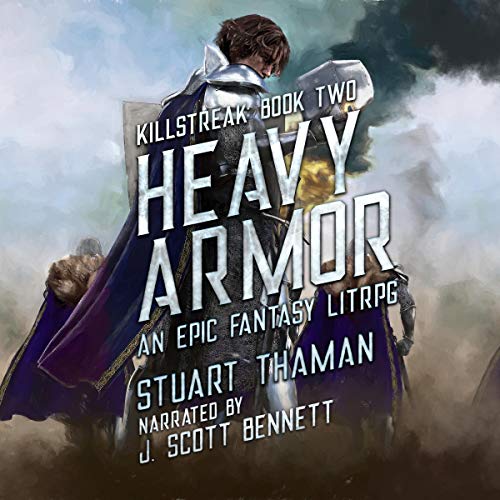 The Lord of Darkarrow has been forced to respawn, but things aren’t exactly as they should be.

Kadorax has unlocked a powerful new class that few in Agglor have ever heard of. As a Bastion of Chaos Incarnate, he has the potential to become stronger than anyone has ever been, but he’ll need to carve through an army of jackals just to survive.

Oscine City has all but fallen. The Blackened Blades and the Priorate Knights have banded together for the first time in history. All of Agglor’s most powerful forces have joined ranks to stave off the new threat from the north, and still…it may not be enough.

Our best offer yet
Get 3 months free!
Limited time offer. Get started
Learn more about membership
List Price: $25.00
You Save: $3.12 (12%)
By completing your purchase, you agree to Audible's Conditions Of Use and Amazon's Privacy Notice. Tax where applicable.
Sold and delivered by Audible, an Amazon company
Share

4.4 out of 5 stars
4.4 out of 5
13 global ratings
How are ratings calculated?
To calculate the overall star rating and percentage breakdown by star, we don’t use a simple average. Instead, our system considers things like how recent a review is and if the reviewer bought the item on Amazon. It also analyzes reviews to verify trustworthiness.
Top reviews

Anil
5.0 out of 5 stars Awesome
Reviewed in the United States on October 13, 2019
Verified Purchase
Loved the second story, and the continuance of the characters story. Action packed, and really exemplifies the genre of litrpg.
Read more
One person found this helpful
Report abuse
See all reviews