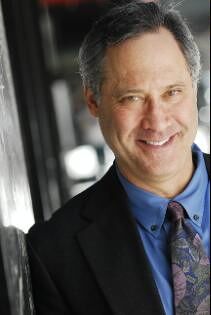 Looking for help making smarter, more profitable high-end investment decisions? Why buy ten books that cover each of the major topics you need to understand, when High-Powered Investing All-In-One For Dummies gives you ten expert guide for the price of one?

This hands-on resource arms you with an arsenal of advanced investing techniques for everything from stocks and futures to options and exchange-traded funds. You’ll find out how to trade on the FOREX market, evaluate annuities, choose the right commodities, and buy into hedge funds. And, you’ll get up to speed on using business fundamentals and technical analysis to help you make smarter decisions and maximize your returns. You’ll also find ways to be as aggressive as your personality and bank account allow, without taking foolish or excessive risks. Discover how to:

The key to expanding your investment opportunities successfully is information. Whether you’re just beginning to explore more advanced investing or have been dabbling in it for a while, High-Powered Investing All-In-One For Dummies gives you the information, strategies, and techniques you need to make your financial dreams come true.

Want to make smarter, more profitable high-end investment decisions? This hands-on guide arms you with an arsenal of advanced investing techniques for everything from stocks to futures and options to exchange-traded funds. You'll see how to trade the FOREX market, evaluate annuities, choose the right commodities, and buy into hedge funds. And you'll find out how researching business fundamentals and using technical analysis can help you make smarter decisions and maximize your returns!

Amine Bouchentouf (Commodities For Dummies) is President and Chief Executive Officer of Renaissance Investment Advisors LLC. Renaissance is an international financial advisory firm headquartered in New York City, which provides long-term strategic advice to individuals and institutions. He is also the author of Arabic For Dummies.

Brian Dolan (Currency Trading For Dummies) has 15 years of experience in the foreign exchange markets, including trading and analyst roles at top-tier financial institutions. In addition to overseeing fundamental and technical research at FOREX.com, Mr. Dolan publishes a daily technical analysis report and weekly macro research report for the exclusive use of FOREX.com clients. He has also published numerous articles on currency trading strategies and risk management. Mr. Dolan is a graduate of Dartmouth College.

Dr. Joe Duarte (Futures & Options For Dummies, Futures Trading For Dummies) analyzes intelligence and global geopolitical events and their
effects on the financial markets. He reaches thousands of investors daily through his own Web site (www.joe-duarte.com) and FinancialWire, where he is a featured syndicated columnist. Dr. Duarte is frequently quoted in the major media, including CNBC, The Wall Street Journal, the Associated Press, Marketwatch.com, and CNN.com. He is the author of Successful Energy Sector Investing and Successful Biotech Investing, and the coauthor of After-Hours Trading Made Easy. One of CNBC’s original Market Mavens, Dr. Duarte has been writing about the financial markets since 1990.

Mark Galant (Currency Trading For Dummies) has enjoyed a 25-year career in and around Wall Street, first as a trader and market maker and from 1994 to 1999 as Vice Chairman of FNX Ltd, the trading technology firm. Mr. Galant’s last trading position was global head of FX options at Credit Suisse; he has also been a money manager for famed hedge fund manager Paul Tudor Jones. Mr. Galant founded GAIN Capital in October 1999; today, the firm’s proprietary trading platform is used by clients from 140 countries and supports a monthly trading volume in excess of $100 billion. Mr. Galant holds a BS in finance from the University of Virginia and an MBA from Harvard Business
School.

Ann C. Logue, MBA (Hedge Funds For Dummies) has 12 years of working experience in financial services and has taught finance at the University of Illinois at Chicago. She is a finance writer who has written numerous articles on investment and hedge funds, and she has edited publications on equity trading and risk management.

Paul Mladjenovic (Stock Investing For Dummies, 2nd Edition) is a well-known certified financial planner and investing consultant with over 19 years of experience writing and teaching about common stocks and related investments. He owns PM Financial Services.

Kerry Pechter (Annuities For Dummies) is a finance writer whose work has appeared in The New York Times, The Wall Street Journal, Men’s Health, and many other national publications. He is currently the senior editor for Annuity Market News, a monthly newsletter published by SourceMedia, Inc.

Barbara Rockefeller (Technical Analysis For Dummies) is an international economist and forecaster specializing in foreign exchange. She was a pioneer in technical analysis and also in combining technical analysis with fundamental analysis. She publishes two reports daily using both techniques (www.rtsforex.com) for professional fund managers, corporate hedgers, and individual traders. The trading advice newsletter has an average annual hypothetical return over 50 percent since 1994 and has never posted a losing year. She is the author of three other books and contributes a regular column to Currency Trader magazine.

Peter J. Sander, MBA (Value Investing For Dummies) is a professional author, researcher, and investor. His 15 titles include The 250 Personal Finance Questions Everybody Should Ask, Everything Personal Finance, and the Cities Ranked & Rated series. He has also developed over 150 columns for MarketWatch and TheStreet.com. He has completed Certified Financial Planner (CFP) education and testing requirements and has invested actively for over 40 years.

Russell Wild, MBA (Bond Investing For Dummies, Exchange-Traded Funds For Dummies) is the author or coauthor of nearly two dozen nonfiction books, including The Unofficial Guide to Getting a Divorce (Wiley) with attorney Susan Ellis Wild (his ex-wife). Wild is also a NAPFA-registered, fee-only financial advisor based in Allentown, Pennsylvania.

4.6 out of 5 stars
4.6 out of 5
24 global ratings
How are ratings calculated?
To calculate the overall star rating and percentage breakdown by star, we don’t use a simple average. Instead, our system considers things like how recent a review is and if the reviewer bought the item on Amazon. It also analyzes reviews to verify trustworthiness.
Top reviews

Gene P. Louie
5.0 out of 5 stars Everything That You Want To Know About Investing
Reviewed in the United States on September 16, 2013
Verified Purchase
As a general reference book on investing, this is probably the best. It covers almost every possible contents: stocks, bonds, mutual funds, futures, options, commodities, foreign currency, hedge funds, value investing, and technical analysis.
.
Easy to read and understand, the volume covers little known subjects such as the "best six months rule." It was a surprise to me to learn that nearly all the gains in the SP500 are made between November 1 and April 30 since 1950. I am also familiar with the famous "January Effect" - when the SP500 is up in January, it will close the hear higher than it opened. It was a surprise to me that this rule has a 92.5% accuracy since 1950.
.
As the reader can see, the book has a "little for everyone." For the novice investor, there is a wealth of information. For the mature investor, it is very convenient to have investment details, entertaining anecdotes on the market, technical analysis summaries, and investment principles in a concise volume.
.
For the above reasons, this reference deserves a place on every desk for any investor - novice or experienced. . . . It is that valuable.
Read more
3 people found this helpful
Report abuse

SG
4.0 out of 5 stars Very useful reference.
Reviewed in the United States on October 2, 2012
Verified Purchase
High-Powered Investing All-In-One For Dummies  Item received promptly. Contents proved to be a very useful compendium and reference source of investment advice for beginning, intermediate and perhaps even many experienced investors at a great price.
Read more
Report abuse

Rich of San Diego
5.0 out of 5 stars Excellence
Reviewed in the United States on December 25, 2012
Verified Purchase
Hakuna Matata = There are no problems (Simba in The Lion King).
Excellent - Merchandise arrived as described, excellent condition, prompt and well packaged, great quality, value and dependable service - I'm a happy camper: Thanks, and may the Force be with you!
Read more
Report abuse
See all reviews