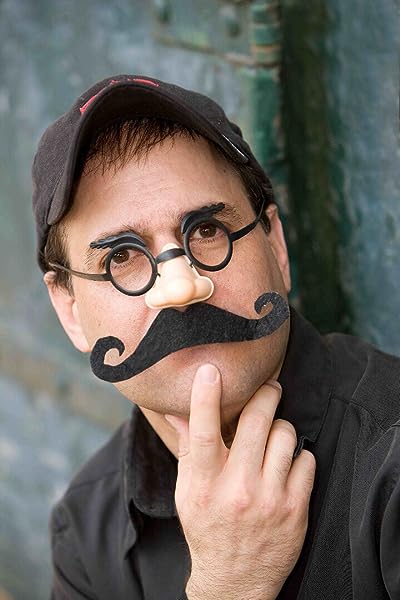 How to Be Kind in Kindergarten: A Book for Your Backpack Paperback – Picture Book, June 29 2021

by D.J. Steinberg (Author), Ruth Hammond (Illustrator)
4.6 out of 5 stars 387 ratings
See all formats and editions
Sorry, there was a problem loading this page. Try again.

From the best-selling author of the hugely popular Kindergarten, Here I Come!, here's a guidebook in verse that shows children how to be kind in the new and exciting world of kindergarten.

Small enough to fit in a child's backpack, this collection of short poems--one to a page--spans the entire year of kindergarten, offering sweet and simple tips on how to be your best self--sharing your umbrella with a friend; taking turns on the swings, and inviting someone to join in a game. This is the perfect companion to DJ Steinberg's enormously successful Kindergarten, Here I Come!
Read more
Previous page
Next page

D. J. Steinberg is the best-selling author of the popular Here I Come! series, with over 20 books for young readers published to date. He lives in Los Angeles, California, and can be found at djsteinberg.com.

Ruth Hammond is a freelance illustrator based in York, United Kingdom.
Tell the Publisher!
I'd like to read this book on Kindle

D.J. STEINBERG is the best-selling author of 25 children's books that have sold over 2 million copies to date, including the mega-popular "Here I Come" series, award-winning picture book "King Louie's Shoes," a line of humorous poetry readers including "Grasshopper Pie and Other Poems," and his graphic novel series "The Adventures of Daniel Boom AKA Loud Boy."

His alter-ego David has served as an executive, producer, and artist on animated movies and TV shows, at studios like Disney and Nickelodeon.

He lives in Los Angeles, California in a house with secret-bookcase doors and a cavapoo named Oscar..

4.6 out of 5 stars
4.6 out of 5
387 global ratings
How are ratings calculated?
To calculate the overall star rating and percentage breakdown by star, we don’t use a simple average. Instead, our system considers things like how recent a review is and if the reviewer bought the item on Amazon. It also analyzes reviews to verify trustworthiness.
Top reviews

There are 0 reviews and 8 ratings from Canada

Karen
5.0 out of 5 stars Excellent little book
Reviewed in the United States on August 26, 2021
Verified Purchase
Such a good little book to instill kindness into our kids when they are young! Definitely recommend
Read more
2 people found this helpful
Report abuse

Haley
4.0 out of 5 stars cute book with great lessons but WAY too small. 😬
Reviewed in the United States on August 9, 2022
Verified Purchase
I love the illustrations and the verbiage in this story. my review does not reflect the story in any way. the story is 5 stars for me! but $6 for a book that can almost fit in my back pocket? not worth it, at all. when I do story time with my kinders, there is no way they would be able to see the words, or see the pictures in great detail. I’m probably going to have to use my document camera so everyone can see the story.
Read more
Report abuse

Debra Seering
5.0 out of 5 stars good kindergarten book
Reviewed in the United States on September 27, 2021
Verified Purchase
Gave as gift to two kindergarteners and they loved it
Read more
One person found this helpful
Report abuse

Doris Santana
5.0 out of 5 stars Be nice in school.
Reviewed in the United States on August 5, 2022
Verified Purchase
Gift for my Granddaughter ,so she learns to be nice and share.
Read more
Report abuse
See all reviews