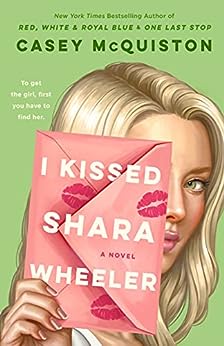 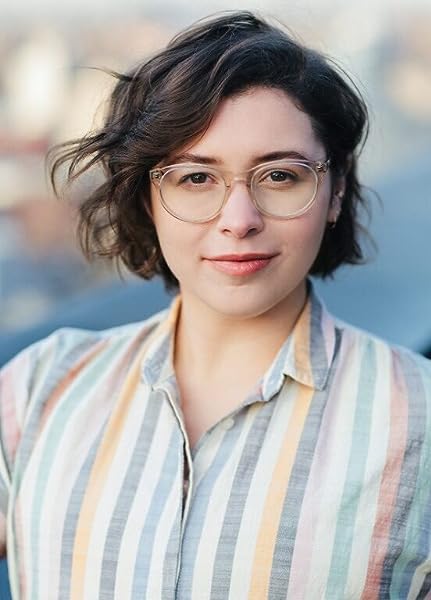 by Casey McQuiston (Author) Format: Kindle Edition
See all formats and editions
Sorry, there was a problem loading this page. Try again.

From the New York Times bestselling author of One Last Stop and Red, White & Royal Blue comes a debut YA romantic comedy about chasing down what you want, only to find what you need...

Chloe Green is so close to winning. After her moms moved her from SoCal to Alabama for high school, she’s spent the past four years dodging gossipy classmates and a puritanical administration at Willowgrove Christian Academy. The thing that’s kept her going: winning valedictorian. Her only rival: prom queen Shara Wheeler, the principal’s perfect progeny.

But a month before graduation, Shara kisses Chloe and vanishes.

On a furious hunt for answers, Chloe discovers she’s not the only one Shara kissed. There’s also Smith, Shara’s longtime quarterback sweetheart, and Rory, Shara’s bad boy neighbor with a crush. The three have nothing in common except Shara and the annoyingly cryptic notes she left behind, but together they must untangle Shara’s trail of clues and find her. It’ll be worth it, if Chloe can drag Shara back before graduation to beat her fair-and-square.

Thrown into an unlikely alliance, chasing a ghost through parties, break-ins, puzzles, and secrets revealed on monogrammed stationery, Chloe starts to suspect there might be more to this small town than she thought. And maybe—probably not, but maybe—more to Shara, too.

Fierce, funny, and frank, Casey McQuiston's I Kissed Shara Wheeler is about breaking the rules, getting messy, and finding love in unexpected places.

CASEY MCQUISTON is the New York Times bestselling author of One Last Stop, Red, White & Royal Blue, and I Kissed Shara Wheeler, as well as a pie enthusiast. Born and raised in southern Louisiana, Casey now lives in New York City with Pepper, a poodle mix and semipro personal assistant. --This text refers to the hardcover edition.

Praise for I Kissed Shara Wheeler:

BuzzFeed, "The Most Highly Anticipated Books Of 2022"


Praise for One Last Stop:

"One Last Stop is an earnest reminder that home - whether that means a time, a place, or a person - is worth fighting for." - New York Magazine

"The story of August and Jane's chance meeting is swoony, thoughtful, and one of those big-hearted romances you'll gush about long after finishing." - Hello Sunshine

"This delightful love story is everything you need for a feel-good day of beach reading." - Elle

"One Last Stop is an electrifying romance that synapses into the dreamy "Hot Person Summer" kind of story you wish you were a part of. McQuiston is leading the charge for inclusive happy-ever-afters, radiant with joy and toe-curling passion, and bursting with the creative range to make anything from electricity to social activism sound sexy." - NPR

"A dazzling romance, filled with plenty of humor and heart." - Time

"A funny, modern, and entertaining novel, One Last Stop will have you rooting for love that makes people feel free to be their truest selves." - Shondaland

"[An] exquisite debut... It’s hard to watch [Alex] fall in love with Henry without falling in love a bit yourself ? with them, and with this brilliant, wonderful book." - The New York Times Book Review

"[A] fireworks in the sky, glitter in your hair joyous royal romance that you’ll want to fall head over heels in love with again and again. A+" - Entertainment Weekly

"A rivalry between the son of a U.S. president and the Prince of Wales turns into a whirlwind romance in this charming story about true love." - Us Weekly

"[An] escapist masterpiece... It’s a truly glorious thing to live inside the world of this book and to imagine it becoming reality, too." - Vogue

"Effervescent and empowering on all levels, Red, White & Royal Blue is both a well-written love story and a celebration of identity. McQuiston may not be royal herself, but her novel reigns as must read rom-com." - NPR

Casey McQuiston is the New York Times bestselling author of Red, White &amp; Royal Blue, as well as a pie enthusiast. She writes books about smart people with bad manners falling in love. Born and raised in southern Louisiana, she now lives in New York City with her poodle mix and personal assistant, Pepper.

Back to top
Get to Know Us
Make Money with Us
Amazon Payment Products
Let Us Help You
EnglishChoose a language for shopping. CanadaChoose a country/region for shopping.
© 2008-2021, Amazon.com, Inc. or its affiliates