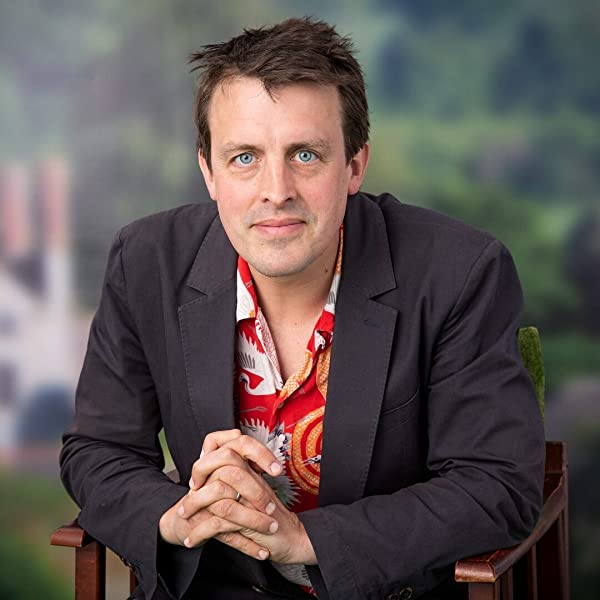 The Last Man in Russia: And The Struggle To Save A Dying Nation Paperback – Feb. 6 2014

4.2 out of 5 stars 74 ratings
See all formats and editions
Sorry, there was a problem loading this page. Try again.

Russia is dying from within. Oligarchs and oil barons may still dominate international news coverage, but their prosperity masks a deep-rooted demographic tragedy. Faced with staggering population decline-and near-certain economic collapse-driven by toxic levels of alcohol abuse, Russia is also battling a deeper sickness: a spiritual one, born out of the country's long totalitarian experiment.

In The Last Man in Russia, award-winning journalist Oliver Bullough uses the tale of a lone priest to give life to this national crisis. Father Dmitry Dudko, a dissident Orthodox Christian, was thrown into a Stalinist labor camp for writing poetry. Undaunted, on his release in the mid-1950s he began to preach to congregations across Russia with little concern for his own safety. At a time when the Soviet government denied its subjects the prospect of advancement, and turned friend against friend and brother against brother, Dudko urged his followers to cling to hope. He maintained a circle of sacred trust at the heart of one of history's most deceitful systems. But as Bullough reveals, this courageous group of believers was eventually shattered by a terrible act of betrayal-one that exposes the full extent of the Communist tragedy. Still, Dudko's dream endures. Although most Russians have forgotten the man himself, the embers of hope that survived the darkness are once more beginningto burn.

Leading readers from a churchyard in Moscow to the snow-blanketed ghost towns of rural Russia, and from the forgotten graves of Stalin's victims to a rock festival in an old gulag camp, The Last Man in Russia is at once a travelogue, a sociological study, a biography, and a cri de coeur for a dying nation-one that, Bullough shows, might yet be saved.
Read more
Previous page
Next page

Oliver Bullough is Caucasus editor for the Institute for War and Peace Reporting and author of Let Our Fame Be Great, which won the Overseas Press Club Cornelius Ryan Award. He lives in London. --This text refers to an out of print or unavailable edition of this title.

Oliver Bullough is a journalist and author from Wales who writes about financial crime, the former Soviet Union, and offshore skulduggery.

He lives near Hay-on-Wye, and has previously lived in London, Moscow, St Petersburg and Bishkek.

When not working, he likes watching rugby, cooking pizzas, swimming in the river and walking in the hills.

4.2 out of 5 stars
4.2 out of 5
74 global ratings
How are ratings calculated?
To calculate the overall star rating and percentage breakdown by star, we don’t use a simple average. Instead, our system considers things like how recent a review is and if the reviewer bought the item on Amazon. It also analyzes reviews to verify trustworthiness.

Bennett
4.0 out of 5 stars Revealing account of the state of the Russia today for average citizens
Reviewed in Canada 🇨🇦 on December 9, 2013
Verified Purchase
Reveals an aspect of life in Russia today that we don't hear much about and how average Russians are dealing with it.
Read more
Helpful
Report abuse
See all reviews

M.B.
2.0 out of 5 stars Disappointing lack of insights
Reviewed in the United Kingdom 🇬🇧 on October 2, 2018
Verified Purchase
I share some of the reservations of the negative reviews here. The dramatic (publisher's?) title alludes to the Russian depopulation problem discussed in the book and promises revelatory insight where there is very little to be found. The book seems confused about what it wants to be: travelogue, biography, social history, serious academic study or novel - there is some painful overwriting, including at one point a description of some hills looking like killer whales! Although Bullough keeps telling us what an inspirational and engaging figure Father Dmitri was, he remains obscure and his trail feels like a false premise for a rather self-indulgent jaunt around Russia. We read a great deal about how much this priest wrote and how electrifying his sermons were, but in spite of the author's claim to have read every word of this material, there are few quotations or witness evidence to this Christian magnetism. The somewhat vague references to the press coverage of the persecution do not persuade me of the book’s thesis that this priest’s biography has an importance on a par with someone like Solzhenitsyn.
A look at the endnotes will tell you that Bullough is uncritically reliant on a few secondary sources for the more serious pages and as such they have nothing to add to our understanding of the Cold War. Neither is there any discussion of the badly-managed, chaotic power-grab of the 1990s that produced Putin's Russia as it is today.
I was initially taken by the descriptions of long train and bus rides through the vast, bleak wildernesses of Russia, but soon these become as tiresome for us as they must have been for Bullough, especially when you realise that many of them are virtually fruitless. For example, much of chapter ten is taken up with an attempt to find Father Dmitri’s retreat in an obscure province following his release by the Soviet authorities. There are several pages on the author’s taxi ride and crawl around the snow through a rundown, deserted village looking for a particular house. The narrative then moves onto a description of the taxi ride back and you understand that he has actually failed to find the house at all. You wonder (a) why this pointless journey has been included in the final text and (b) what it would have added even if Bullough had found the house he was looking for? Perhaps the real purpose of this section, not for the first time in the book, is to demonstrate the author’s generosity in tipping poor Russians: 'I gave him two 500-rouble notes, and realised as I did so that that was half a week's pension.' In any case, there is far too much of this padding.
If you like your history told in a narrative, chatty, first-person manner then you may enjoy this, but I can’t help but feel that we are supposed to understand that the real hero of the book is Oliver Bullough.
Read more
15 people found this helpful
Report abuse

Strv 74
4.0 out of 5 stars Slightly unfocused but accurate
Reviewed in the United Kingdom 🇬🇧 on April 15, 2014
Verified Purchase
This book is a combination of trying to explain why Russia is going downhill fast and also trying to paint some kind of portrait of one of the most famous Soviet dissidents.

In the first and most interesting category Mr.Bullough focuses on the consumption of alcohol and the falling birth rate in Russia. He draws on official statistics and the picture he presents is both frightening and accurate. Having had many drinks with Russians in all sorts of circumstances I can only verify that what he presents is the actual situation. Many commentators focus on official statistics and forget that a huge amount of alcohol is also produced as Samagon (=Moonshine) and more and more people are turning to that. This is a decease in Russia that has so far not a good prognosis.

The Falling birth rates is not only a Russian problem, we have the same problem in the rest of Europe and the US but in Russia it is by far worse. Few countries have so far come up with a solution to this, but it is one of the greatest problems we have in the modern world. So far, only minor attempts have been made to solve this problem in Russia but without any long-term effects.

The Other part of the book focus on presenting the life of an Orthodox priest that started out as a dissident and ended as a KGB supporter and an anti-Semite. It is an interesting story but maybe not for a full book.

The Combination of these two attempts to explain where Russia is heading in the future is slightly unfocused and not all together that rewarding but it is well worth reading. If you been to Russia and know Russians you will recognize the country in this book.
Read more
4 people found this helpful
Report abuse

O. M. R. Pemberton
5.0 out of 5 stars A superb introduction to what is wrong with Russia today
Reviewed in the United Kingdom 🇬🇧 on July 12, 2022
Verified Purchase
A totally enthralling book. Why are Russians permanently drunk? Why do they hide from the truth? Because generation after generation has lost the ability the trust. Lying is endemic. The KGB have a terrifying ability both to manipulate the truth and their people.
Bullough follows the fortunes of a good priest, Father Dmitri, and assesses how the KGB eventually broke him.
Read more
Report abuse

Brian Lait
4.0 out of 5 stars An interesting read
Reviewed in the United Kingdom 🇬🇧 on June 7, 2014
Verified Purchase
Have just finished reading this book and admire anyone who can spend so much time in the awful cold or heat, travelling in ramshackle buses and trains out to nowhere, in order to trace the life of a deceased (and failed ?) priest.

It is a very interesting way to trace the reasoning behind the incredible alcohol consumption and falling population within the USSR, now Russia.

However, if you are not already familiar with what went on behind the Iron Curtain, then this book may seem a little dull.

I personally found it of good interest, but not as super as his previous book "Let Our Fame Be Great" on the Nth Caucusus.
Read more
2 people found this helpful
Report abuse

cdc22
5.0 out of 5 stars Unexpectedly informative
Reviewed in the United Kingdom 🇬🇧 on August 30, 2014
Verified Purchase
I bought this after being badgered by the 'suggestions' function and I didn't regret it for a moment. Written in the style of a travelogue, the book combines an interest in Russia's past with a deep concern for its present. Bullough's relaxed style never intrudes in the carefully written text and he wears his scholarship lightly. All-in-all a great read for anyone trying to understand contemporary Russian society.
Read more
5 people found this helpful
Report abuse
See all reviews