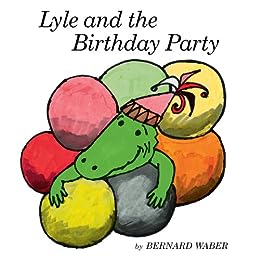 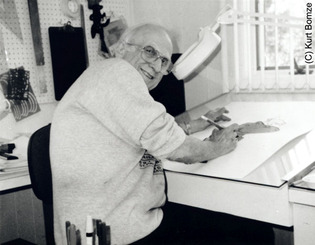 by Bernard Waber (Author) Format: Kindle Edition
Book 3 of 4: Lyle
See all formats and editions
Sorry, there was a problem loading this page. Try again.

Bernard Waber, who has written eight delightful books about Lyle the Crocodile, a little boy named Ira, and a firefly named Torchy, is the author of more than seventeen picture books for children. Widely praised by reviewers for his ability to describe common family problems, he is best loved by children for his freeflowing humor and gentle characters.

“This is Mr. Waber. Mr. Waber is the man who writes those stories about Lyle the Crocodile” is sometimes the way I am introduced to a child. We greet each other, the child and I, and I begin to imagine disappointment in the wide-eyed gaze. Perhaps there was an expectation the “real” Lyle would leap out from behind this not-unusual-looking author. It is tempting but I resist becoming Lyle and behaving in some ingratiating fashion to desperately compensate for the absent crocodile hero. I offer, instead, to show off some of my Lyle memorabilia, a collection acquired mostly through the generosity of good-humored friends and readers.

My own early efforts at drawing were mostly confined to the laborious copying of photographs of film stars and other celebrities. I received respectable grade in art classes during my school years but doubt I thought it seriously indicated a career direction. Perhaps art seemed too frivolous for one raised during the Depression. Besides, I grew up a rather earnest young man and chose instead to major in finance at the University of Pennsylvania. After just one year of schooling, World War II interrupted those rather high-minded plans. Perhaps it was moving about, meeting people of various backgrounds and experience — I don’t recall a precise moment—but somehow during those army days my interest shifted to drawing and painting.

Returning to civilian life, I discarded high finance for enrollment at the Philadelphia College of Art. It was a decision I never regretted. During the four years I attended school I found great joy in painting and drawing. Soon after graduating, and newly married,

Ethel and I moved to New York, a city we loved at once and still do. I celebrated that feeling with the eventual publication of The House on East 88th Street (1962). My first

New York employment was in the promotion department of Condé Nast Publications, and although I continued in the magazine field for many years, writing and illustrating children’s books was my primary interest since 1961.

My involvement with children’s books originated with some illustrations of children I carried in my art portfolio. Several art directors suggested that my drawings seemed suited for children’s books. At the same time, I was also having read-aloud sessions with my own three children. I am afraid enthusiasm for “their” books began, in fact, to cause them occasional discomfort. “Daddy, why don't you look at the grownups' books” they chided. Before too long I was mailing out stories and ideas to publishers. Rejections followed but after a time a cheery encouragement arrived from Houghton Mifflin Company, and to my delight, a contract was offered for Lorenzo.

In one way or another, I seem to find myself thinking of children’s books most of the time. I even enjoy the period in between books for it is then (I hope) that I am susceptible to all manner of adventurous thought. I’ve never been good at thinking at the typewriter. I seem to write best when in motion. Trains, subways, even elevators seem to shake ideas loose in my head. Although I write and illustrate, I believe if I had to choose between the two, I would choose writing. There’s a freedom about writing that appeals to me. You can do it almost anywhere—and I have.

4.7 out of 5 stars
4.7 out of 5
68 global ratings
How are ratings calculated?
To calculate the overall star rating and percentage breakdown by star, we don’t use a simple average. Instead, our system considers things like how recent a review is and if the reviewer bought the item on Amazon. It also analyzes reviews to verify trustworthiness.

kay Ingamells
5.0 out of 5 stars A child's world through a crocodile's eyes
Reviewed in Canada 🇨🇦 on April 8, 2000
Anyone who has ever had a birthday party as a child will be swept back to the excitement, the fears and the adventure of their first parties through the eyes of Lyle the Crocodile. Endearing and touching, any child (or adult) will lose themselves in this book. I write from memory-my mother read the Lyle books to me when I was four years old and they have stayed alive for me ever since. My sisters and myself are now buying them for our families.
Read more
Helpful
Report abuse
See all reviews

Speechless
5.0 out of 5 stars So happy!!
Reviewed in the United States 🇺🇸 on April 7, 2012
Verified Purchase
I fell in love with Lyle when I was a kid, and this one and "Lyle, Lyle Crocodile" are still my favorites. I was so happy to find these books again! I hope "The House on East 88th Street" will be available on DVD one day very soon. I highly recommend these feel-good stories for any child or nostalgic adult.
Read more
One person found this helpful
Report abuse

JellsBells
5.0 out of 5 stars Great condition fast shipping
Reviewed in the United States 🇺🇸 on July 2, 2019
Verified Purchase
I loved this book as a kid and got it for my nephews birthday. It’s cute. He thinks nobody’s gonna come to his birthday party but they do :)
Read more
Report abuse

Dottie
5.0 out of 5 stars Good book.
Reviewed in the United States 🇺🇸 on November 17, 2015
Verified Purchase
My granddaughter was so excited to get the book
For her birthday. The Lyle books are very good stories. The seller did a good job.
Read more
One person found this helpful
Report abuse

B. Romero
5.0 out of 5 stars Do buy this for your kids.
Reviewed in the United States 🇺🇸 on November 14, 2013
Verified Purchase
As usual a delightful story about Lyle. Illustrations engaging.....fun to read to kids because they give their full attention and so anxious to hear what happens next.
Read more
Report abuse
See all reviews
Report an issue
Does this item contain inappropriate content?
Report
Do you believe that this item violates a copyright?
Report
Does this item contain quality or formatting issues?
Report