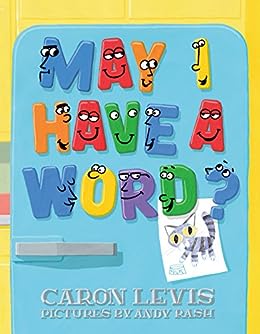 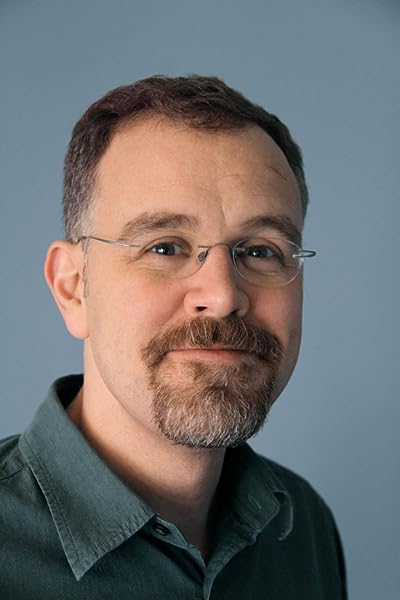 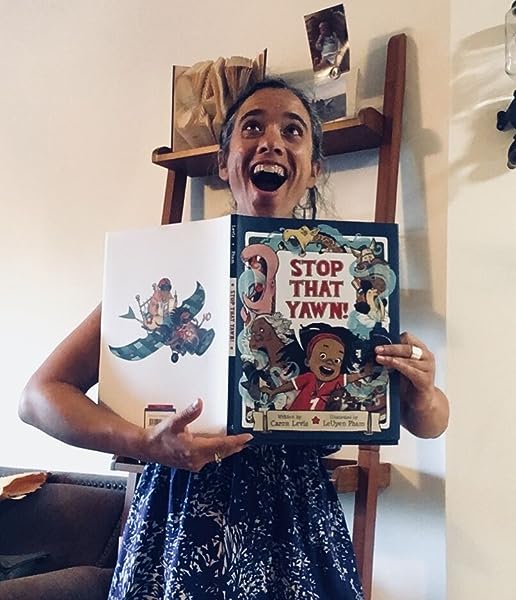 May I Have a Word? Kindle Edition

by Caron Levis (Author), Andy Rash (Illustrator) Format: Kindle Edition
See all formats and editions
Sorry, there was a problem loading this page. Try again.
A battle of the magnet letters ensues across the refrigerator door in May I Have a Word? when C and K get into a fight about who gets to start the cooler (kooler?) words. When the two letters storm off in opposite directions, everything is turned upside down. SOCKS are now SO, there aren't any CLOCKS to TICK or TOCK, and the world is just out of LUCK--until other letters work to bring C and K back together again.
Read more
Previous page
Next page
Fire Tablets
Free Kindle Reading Apps
Available on these devices

Caron Levis is a children's book author, short-story writer, and playwright living in New York City. She is the author of May I Have a Word? and Stuck With the Blooz.

Andy Rash is a freelance illustrator, animator, and children’s book author with over fifteen years of experience in publishing. He is the author and illustrator of Archie the Daredevil Penguin, Ten Little Zombies, a Love Story,Are You a Horse?, Agent A to Agent Z, and many more. --This text refers to an out of print or unavailable edition of this title.

"Breezy and boldly visual, it will have children looking at the letters on their own refrigerators with new respect―and it should provide teachers with inspiration for classroom activities, too." ―Publishers Weekly

"Keen and clever with a knack for clear instruction." ―Kirkus

"...a funny and charming book...Wonderfully entertaining, Rash’s illustrations enhance the text. The letters’ expressions will have kids giggling with delight. VERDICT This unique, hilarious selection will have readers of all ages laughing out loud. Be prepared for it to be in high demand after one read-aloud." ―School Library Journal

4.8 out of 5 stars
4.8 out of 5
29 global ratings
How are ratings calculated?
To calculate the overall star rating and percentage breakdown by star, we don’t use a simple average. Instead, our system considers things like how recent a review is and if the reviewer bought the item on Amazon. It also analyzes reviews to verify trustworthiness.
Top reviews

barbara r
5.0 out of 5 stars Fun book for young readers
Reviewed in the United States on September 4, 2017
Verified Purchase
Another home run from Caron Levis. Is English confusing, especially spelling? Sure! But look at all the ways we do the "k" sound. A great story of imagination for magnetic letters on the frig. My favorite book by Caron Levis is still Ida, Always, a book that touches the heart about two polar bears at what sounds like the Central Park Zoo. How to introduce a child to the loss of a friend and loved one.
Read more
Report abuse

Tom Craven
5.0 out of 5 stars Fun book, especially for early readers
Reviewed in the United States on January 30, 2019
Verified Purchase
Our 2 year old daughter enjoys this, although I'm sure she'll get more out of it when she is old enough to begin reading and understand the language exceptions that make up the theme of the book. The fact that it engages her even without that is a great sign.

Nancy Gonzalez-Levis
5.0 out of 5 stars Never knew a refrigerator door could be soooo busy!
Reviewed in the United States on July 19, 2017
Verified Purchase
Not only a fun story and learning tool for parent and child, but a wonderful lesson in cooperation and sharing of common purpose by the letters themselves. Who would have thought that but for cooperation and understanding, we all could be out of lu__.
Read more
One person found this helpful
Report abuse

christian elwell
5.0 out of 5 stars This book is one that should be in EVERYONES library!!!
Reviewed in the United States on February 3, 2018
Verified Purchase
Witty ,funny ,playful use of language anyone can enjoy. This makes it especially fun to share with children . It also serves as a platform to start discussing what friendship means and and how to navigate its many nuances.
Read more
Report abuse

Sandra Levis
5.0 out of 5 stars A great picture book
Reviewed in the United States on July 10, 2017
Verified Purchase
A fun book for learning letters and spelling
Read more
One person found this helpful
Report abuse
See all reviews
Report an issue
Does this item contain inappropriate content?
Report
Do you believe that this item violates a copyright?
Report
Does this item contain quality or formatting issues?
Report