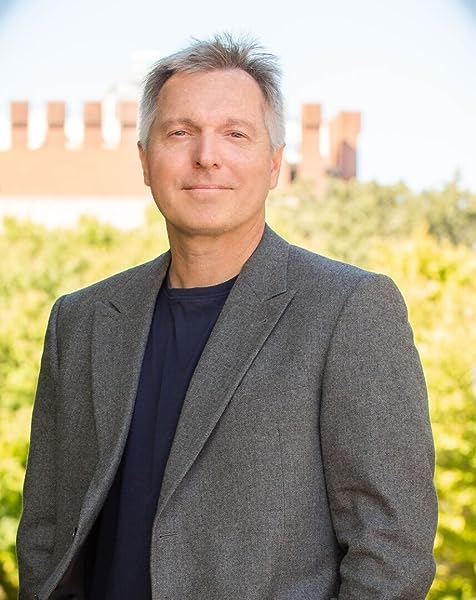 by Daron Acemoglu (Author), David Laibson (Author), John List (Author) & 0 more
4.2 out of 5 stars 53 ratings
See all formats and editions
Sorry, there was a problem loading this page. Try again.

For courses in Principles of Microeconomics.

An evidence-based approach to economics

ThroughoutMicroeconomics, 2nd Edition, authors Daron Acemoglu, David Laibson, and John List use real economic questions and data to help readers learn about the world around them. Taking a fresh approach, they use the themes of optimization, equilibrium, and empiricism to not only illustrate the power of simple economic ideas, but also to explain and predict what’s happening in today’s society. Each chapter begins with an empirical question that is relevant to the life of the reader, and is later answered using data in the Evidence-Based Economics feature. As a result of the text’s practical emphasis, readers will learn to apply economic principles to guide the decisions they make in their own lives.

MyLab™ Economics is an online homework, tutorial, and assessment program designed to work with this text to engage students and improve results. Within its structured environment, students practice what they learn, test their understanding, and pursue a personalized study plan that helps them better absorb course material and understand difficult concepts.

Note: You are purchasing a standalone product; MyLab Economics does not come packaged with this content. Students, if interested in purchasing this title with MyLab Economics, ask your instructor for the correct package ISBN and Course ID. Instructors, contact your Pearson representative for more information.

If you would like to purchase both the physical text and MyLab Economics search for:

He is an elected fellow of the National Academy of Sciences, the American Academy of Arts and Sciences, the Econometric Society, the European Economic Association, and the Society of Labor Economists. Acemoglu has received numerous awards and fellowships, including the inaugural T. W. Schultz Prize from the University of Chicago in 2004, the inaugural Sherwin Rosen Award for outstanding contribution to labor economics in 2004, the Distinguished Science Award from the Turkish Sciences Association in 2006, and the John von Neumann Award, Rajk College, Budapest, in 2007.

His books include Economic Origins of Dictatorship and Democracy (jointly with James A. Robinson), which was awarded the Woodrow Wilson and the William Riker prizes, Introduction to Modern Economic Growth, and Why Nations Fail: The Origins of Power, Prosperity, and Poverty (jointly with James A. Robinson), which has become a New York Times bestseller.

David Laibson is the Chair of the Harvard Economics Department and the Robert I. Goldman Professor of Economics at Harvard University. He is also a member of the National Bureau of Economic Research, where he is Research Associate in the Asset Pricing, Economic Fluctuations, and Aging Working Groups.

His research focuses on the topics of behavioral economics, intertemopral choice, macroeconomics, and household finance, and he leads Harvard University’s Foundations of Human Behavior Initiative. He serves on several editorial boards, as well as the Pension Research Council (Wharton) and Harvard’s Pension Investment Committee, and the Board of the Russell Sage Foundation. He has previously served on the boards of the Health and Retirement Study (National Institutes of Health) and the Academic Research Council of the Consumer Financial Protection Bureau.

He is a recipient of a Marshall Scholarship and a Fellow of the Econometric Society and the American Academy of Arts and Sciences. He is also a recipient of the T. W. Schultz Prize from the University of Chicago and the TIAA-CREF Paul A. Samuelson Award for Outstanding Scholarly Writing on Lifelong Financial Security.

Laibson holds degrees from Harvard University (AB in economics), the London School of Economics (MSc in econometrics and mathematical economics), and the Massachusetts Institute of Technology (PhD in economics). He received his PhD in 1994 and has taught at Harvard since then. In recognition of his teaching excellence, he has been awarded Harvard’s Phi Beta Kappa Prize and a Harvard College Professorship.

List was elected a Member of the American Academy of Arts and Sciences in 2011, and a Fellow of the Econometric Society in 2015. He also received the Arrow Prize for Senior Economists in 2008, the Kenneth Galbraith Award in 2010, the Yrjo Jahnsson Lecture Prize in 2012, and the Klein Lecture Prize in 2016. He received an honorary doctorate from Tilburg University in 2014, and was named a Top 50 Innovator in the Non-Profit Times for 2015 and 2016 for his work on charitable giving.

His research focuses on questions in microeconomics, with a particular emphasis on using field experiments to address both positive and normative issues. For decades his field experimental research has focused on issues related to the inner workings of markets, the effects of various incentive schemes on market equilibria and allocations, and how behavioral economics can augment the standard economic model. This includes research into why inner city schools fail, why people discriminate, why people give to charity, why firms fail, why women make less money than men in labor markets, and why people generally do what they do.

His research includes over 200 peer-reviewed journal articles and several published books, including the 2013 international best-seller, The Why Axis: Hidden Motives and the Undiscovered Economics of Everyday Life (with Uri Gneezy).

Professor John A. List is the Kenneth C. Griffin Distinguished Service Professor in Economics at the University of Chicago. His research focuses on combining field experiments with economic theory to deepen our understanding of the economic science. In the early 1990s, List pioneered field experiments as a methodology for testing behavioral theories and learning about behavioral principles that are shared across different domains. He co-authored the international best seller, The Why Axis, in 2013. List was elected a Member of the American Academy of Arts and Sciences in 2011, and a Fellow of the Econometric Society in 2015. List received the 2010 Kenneth Galbraith Award, the 2008 Arrow Prize for Senior Economists for his research in behavioral economics in the field, and was the 2012 Yrjo Jahnsson Lecture Prize recipient. He is a current Editor of the Journal of Political Economy.

4.2 out of 5 stars
4.2 out of 5
53 global ratings
How are ratings calculated?
To calculate the overall star rating and percentage breakdown by star, we don’t use a simple average. Instead, our system considers things like how recent a review is and if the reviewer bought the item on Amazon. It also analyzes reviews to verify trustworthiness.

Lucrezia
4.0 out of 5 stars Recommend
Reviewed in the United Kingdom 🇬🇧 on December 9, 2018
Verified Purchase
Clear and well-explained.
But delicate. One page tore off.
Read more
Report abuse