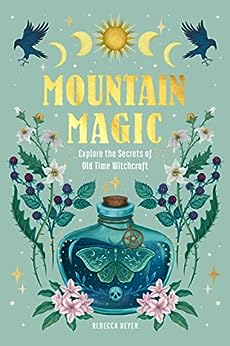 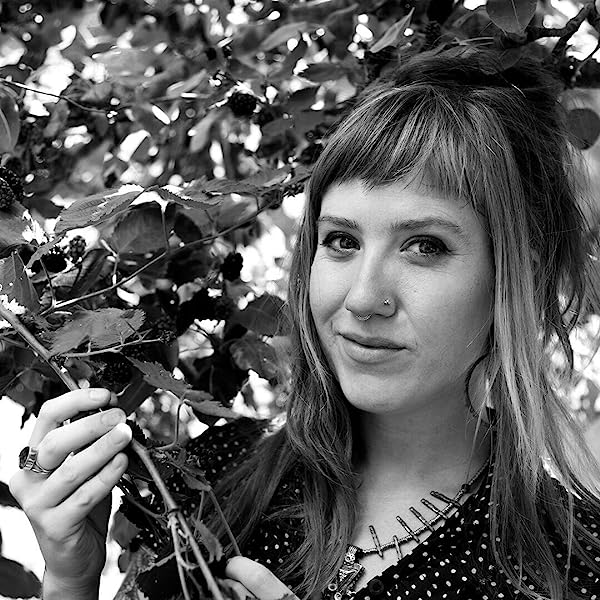 by Rebecca Beyer (Author) Format: Kindle Edition
See all formats and editions
Sorry, there was a problem loading this page. Try again.

Discover the wisdom and magic of Appalachia through Mountain Magic, an illustrated guide to the occult power of the hills and hollows.

The people of Appalachia and the American backwoods have a long and deep magical tradition, one rooted in the power of place, land, and nature. With a creativity and ingenuity born of necessity, Appalachian witches built and sustained a wealth of magical knowledge drawn from European, Native American, and African American folk magic. Guided by expert witch and forager Rebecca Beyer, you can explore the wisdom of this powerful place:

Some of the magic and culture you will encounter in this enchanted guide include:

With this beautifully illustrated guide, you can bring the wisdom and magic of the backwoods to meet the challenges of modern life, building a magical practice that’s fueled by ancestral traditions and the nourishing power of the natural world.

The Modern Folk Magic series offers accessible and engaging introductions to folk magical traditions from a fresh, modern perspective. Linking the current enthusiasm for magical practice back to the deeply rooted magical traditions in the United States and elsewhere, the titles in this series give depth and cultural meaning to the practice of witchcraft. These beautiful books serve as hands-on guides for learning and practicing folk magic, from authors who are experts in these traditions.

Harvest a handful each of:

Harvest a few sprigs each of:

Tonics were used to treat everything from digestive disorders to gout and sore eyes to skin problems and liver ailments.

A “tonic” is a type of preventative medicinal substance, usually taken as a drink that would promote health and high energy. They were usually a strong tea or decoction (where the herbs, roots, or barks are boiled rather than just steeped), sweetened to taste with sugar or honey. Spring greens such as wild asparagus, dandelions, wild onion, ramps, and nettles, could also have a tonic or purifying effect. Even the juice of certain plants, like cleavers, was seen as a blood purifier.

“Rebecca Beyer’s fresh, can’t-miss book is a love letter to the traditions, folklore, and people of Appalachia…Imbued with a love of people and place, Mountain Magic is a standout occult text.”―ForeWord Reviews --This text refers to the hardcover edition.

REBECCA BEYER is an Appalachian ethnobotanist living in the mountains of Western North Carolina, where she manages a homestead and teaches traditional witchcraft, foraging, and Appalachian folk medicine. She has a BS in plant and soil science from the University of Vermont and a master’s in Appalachian studies and sustainability, concentrating in Appalachian ethnobotany, from Appalachian State University. She is also a member of the Association of Foragers. She spends her days trying to learn what her ancestors did and finding ways to share traditional skills while tackling cultural appropriation and the complexities of living in the modern world.

Rebecca Beyer is an Appalachian Folk herbalist, Traditional Witch, and wild food forager dedicated to living simply on the Earth. She has taught and presented at universities, conferences and gatherings over the last 10 years with the hope of showing people that living a seasonal life grounded in connection with the Old Ways is possible. Through growing, foraging, hunting, fishing and preserving her own food, she strives to create a life as close to her ancestors as possible while paying homage to the diverse peoples who created beloved Appalachia.

She makes her living tattooing, teaching foraging and Appalachian folk herbalism and craft classes at her school, Blood and Spicebush School of Old Craft. Rebecca currently spends her days dedicating herself to Appalachian folk arts, primitive skills, folk music and learning the names of all the beings she shares her bioregion with. www.bloodandspicebush.com