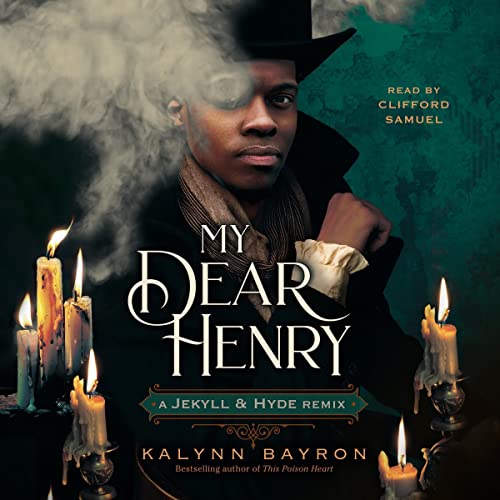 A teen boy tries to discover the reason behind his best friend's disappearance—and the arrival of a mysterious and magnetic stranger—in misty Victorian London, in Kalynn Bayron's My Dear Henry, a gothic YA remix of Dr. Jekyll & Mr. Hyde, sixth in the Remixed Classics series.

London, 1885. Gabriel Utterson, a 17-year-old law clerk, has returned to London for the first time since his life—and that of his dearest friend, Henry Jekyll—was derailed by a scandal that led to his and Henry's expulsion from the London Medical School. Whispers about the true nature of Gabriel and Henry's relationship have followed the boys for two years, and now Gabriel has a chance to start again.

But Gabriel doesn't want to move on, not without Henry. His friend has become distant and cold since the disastrous events of the prior spring, and now his letters have stopped altogether. Desperate to discover what's become of him, Gabriel takes to watching the Jekyll house.

In doing so, Gabriel meets Hyde, a a strangely familiar young man with white hair and a magnetic charisma. He claims to be friends with Henry, and Gabriel can't help but begin to grow jealous at their apparent closeness, especially as Henry continues to act like Gabriel means nothing to him.

But the secret behind Henry's apathy is only the first part of a deeper mystery that has begun to coalesce. Monsters of all kinds prowl within the London fog—and not all of them are out for blood...

List Price: $23.67$23.67
You Save: $2.96$2.96 (13%)
Pre-order purchase
Releases March 7 2023
You won't be charged until release day
By completing your purchase, you agree to Audible's Conditions Of Use and Amazon's Privacy Notice. Tax where applicable.
Sold and delivered by Audible, an Amazon company