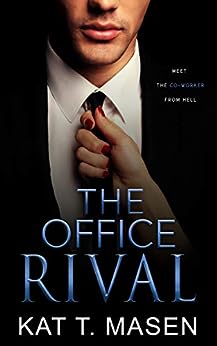 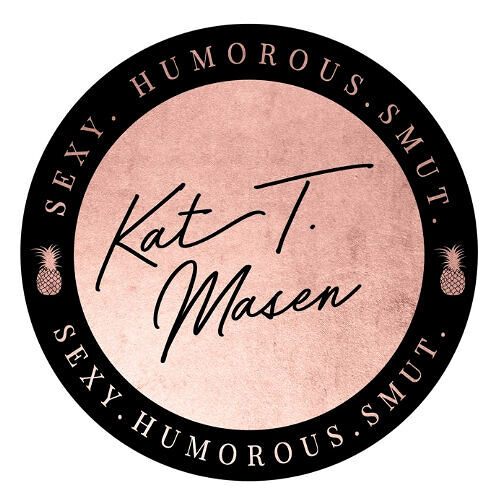 by Kat T. Masen (Author) Format: Kindle Edition
See all formats and editions
Sorry, there was a problem loading this page. Try again.

Arrogant, cocky, immature—how many ways can I describe my co-worker?

I should have called in sick that day and stuck to my rule of keeping my personal life private.
But like always, he got to me and pushed all the wrong buttons.
Then we made one mistake.
To prove just how much we hated each other…

Presley Malone knew her relationship with her fiancé had run its course.
The second that ring came off her finger, she didn't expect to be the pawn in an immature game played by her stuck-up co-worker.

Haden Cooper enjoyed playing games, and when it came to Presley Malone, it was all too easy. Miss Know-it-all, with her over-the-top OCD, was soon going to get a taste of what it was like to live on the edge.

But what starts as an innocent prank in the office soon becomes an unhealthy obsession.

**This title was previously published as #JERK. It has been extensively rewritten, re-edited, and has a new cover.

Born and bred in Sydney Australia, Kat T. Masen, is a mother to four crazy boys, and wife to one sane husband. Growing up in a generation where social media and fancy gadgets didn’t exist, she enjoyed reading from an early age, and found herself immersed in these stories. After meeting friends on twitter who loved to read as much as she did, her passion to write began, and the friendships continued on despite the distance. “I’m known to be crazy and humorous. Show me the most random picture of a dog in a wig and I’ll be laughing for days.”

4.2 out of 5 stars
4.2 out of 5
73 global ratings
How are ratings calculated?
To calculate the overall star rating and percentage breakdown by star, we don’t use a simple average. Instead, our system considers things like how recent a review is and if the reviewer bought the item on Amazon. It also analyzes reviews to verify trustworthiness.
Top reviews

There are 0 reviews and 9 ratings from Canada

Bookstagram3172
5.0 out of 5 stars Absolutely loved it
Reviewed in the United Kingdom on April 30, 2021
Verified Purchase
I was a bit worried starting this as I did something I never do, and that was read some reviews. Some weren’t very glowing but they were made before the book had been rewritten so maybe that’s the difference??
I loved the book. I loved Presley and Haden. She was a bit annoying at first being super rude and not giving Haden a chance at anything. I get his mannerisms and personality were getting on her nerves but he was redeeming himself but she just couldn’t see it.
Haden was such a conflicting character, one minute I hated him, the next I loved him. The way Kat described him I could totally imagine him in my head. The whole book was so like this and I found myself immersed in their story. I enjoyed the love triangle, and for anyone who doesn’t like cheating, there isn’t any.
Read more
Report abuse

Magwan911
4.0 out of 5 stars Hopeful romance
Reviewed in the United Kingdom on May 14, 2021
Verified Purchase
Miss OCD meets Mr player. Presley has ended the perfect relationship with her long term boyfriend because something was missing. Mr player wants miss OCD so he decides he's going to wind her up. (All he needs to do is move her perfectly arranged stationary but decides to go to the extreme). She hates him and then one night in a moment of weakness Mr player seizes his chance.
It's a beautifully written romance with good characters and dialogue. Could see this as a movie.
Well done and worth a look. I loved it.
Read more
Report abuse

Tracey
5.0 out of 5 stars Excellent Read
Reviewed in the United Kingdom on July 16, 2021
Verified Purchase
Felt quite emotional reading this story, it was a beautiful read, loved the characters. A definite 5 Star must read
Read more
Report abuse

Coleen
5.0 out of 5 stars Unexpected
Reviewed in the United Kingdom on June 1, 2021
Verified Purchase
Holy moly! This story hits hard.... I cried ugly tears for that you get 5 stars kat masen ! A great read
Read more
Report abuse

Dee Dee
5.0 out of 5 stars brilliant
Reviewed in the United Kingdom on September 13, 2021
Verified Purchase
I loved this book. I need more of these books to continue with the characters. Need to what’s going to happen next.
Read more
Report abuse
See all reviews
Back to top
Get to Know Us
Make Money with Us
Amazon Payment Products
Let Us Help You
EnglishChoose a language for shopping. CanadaChoose a country/region for shopping.
© 2008-2021, Amazon.com, Inc. or its affiliates