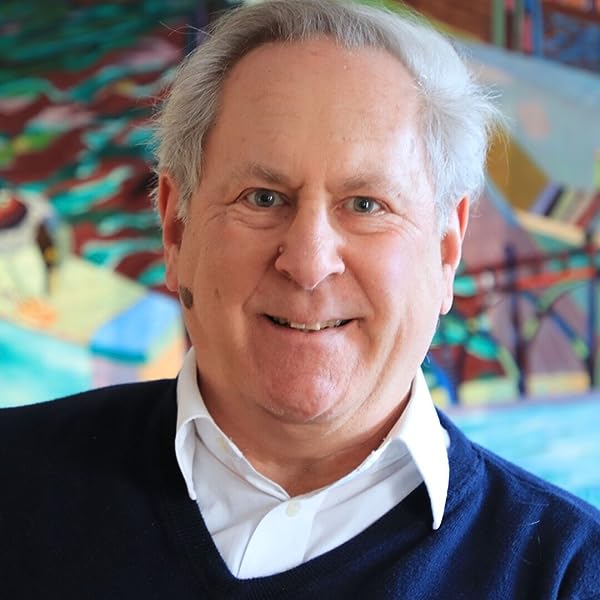 The Oligarchs: Wealth And Power In The New Russia Paperback – Illustrated, Sept. 13 2011

by David E Hoffman (Author)
4.4 out of 5 stars 177 ratings
See all formats and editions
Sorry, there was a problem loading this page. Try again.

In this saga of brilliant triumphs and magnificent failures, David E. Hoffman, the former Moscow bureau chief for the Washington Post, sheds light on the hidden lives of Russia's most feared power brokers: the oligarchs. Focusing on six of these ruthless men— Alexander Smolensky, Yuri Luzhkov, Anatoly Chubais, Mikhail Khodorkovsky, Boris Berezovsky, and Vladimir Gusinsky—Hoffman shows how a rapacious, unruly capitalism was born out of the ashes of Soviet communism.
Read more
Previous page
Next page

David E. Hoffman is a contributing editor at the Washington Post. He covered the White House during the presidencies of Ronald Reagan and George H. W. Bush, and was subsequently diplomatic correspondent and Jerusalem correspondent. From 1995 to 2001, he served as Moscow bureau chief, and later as foreign editor and assistant managing editor for foreign news. He is the author of The Dead Hand, for which he won the Pulitzer Prize for general nonfiction.

David E. Hoffman is Contributing Editor at the Washington Post and a member of the Editorial board. In 1982, he joined The Washington Post to cover Presidents Reagan and Bush. Later, he was diplomatic correspondent, then served as Jerusalem correspondent, covering the Oslo peace accords. From 1995 to 2001, he served as Moscow bureau chief. On returning to Washington in 2001, he was Foreign editor and then Assistant Managing Editor for Foreign news. He has been a correspondent for the FRONTLINE documentaries "Hunting the Nightmare Bacteria" (2013), "The Trouble With Antibiotics" (2014) and "The Trouble with Chicken" (2015) and a reporter for “Putin’s Revenge,” (2017).

4.4 out of 5 stars
4.4 out of 5
177 global ratings
How are ratings calculated?
To calculate the overall star rating and percentage breakdown by star, we don’t use a simple average. Instead, our system considers things like how recent a review is and if the reviewer bought the item on Amazon. It also analyzes reviews to verify trustworthiness.

Ze German
5.0 out of 5 stars Fascinating!
Reviewed in Canada 🇨🇦 on March 8, 2015
Verified Purchase
Highly interesting, very entertaining. First third is a bit slow but necessary to introduce the characters. Must read for anyone interested in Russian politics and contemporary Russian history.
Read more
One person found this helpful
Helpful
Report abuse

Amsterk
5.0 out of 5 stars Incredibly Informative
Reviewed in Canada 🇨🇦 on January 7, 2014
Verified Purchase
One of the most comprehensive pieces written to date and available to the public on a topic still shrouded in mystery and the unknown.
Read more
Helpful
Report abuse

Seth J. Frantzman
5.0 out of 5 stars A wonderful review of the Oligarchs
Reviewed in Canada 🇨🇦 on January 26, 2004
The Oligarchs of Russia are a special breed and this excellent book brings them to light. Hoffman excellently details the various men who came tot he fore in the New Russia under Yeltsin. From Mayor Luzhkov to Gusinky, Khordorovsky and Berezovky among others this book paints a wonderful picture of the hustlers, gangsters, politicians and Bankers that recreated Russia in the 1990s, making it mirror more 1920s America then the past soviet empire. This wonderful account details the back story of the various super-rich who came to dominate Russian Industry from Yukos to Aeroflot and the Russian Central Bank, from oil to automobiles. These men started poor, many were of Jewish ancestry and subjected to the prying eyes of the vast soviet bureaucracy. In one oligarchs case he started out selling Bibles on the black market and another pioneered the building of Dacha's over and above his quota for production. A wonderful tale about the horrors of communism, for instance the story of Russia's disgusting massive warehouse for vegetables, and the story of the cowboy capitalists, most of whom are now in prison or under indictment and forced to flee abroad.
Seth J. Frantzman
Read more
One person found this helpful
Helpful
Report abuse

Cheryl-Ann Tan
4.0 out of 5 stars The Power of Six
Reviewed in Canada 🇨🇦 on April 28, 2002
David Hoffman's "The Oligarchs" documents in great detail the rise of 6 businessmen--Aleksandr Smolensky, Yuri Luzhkov, anatoly Chubais, Mikhail Khodorkovsky, Boris Berezovsky and Vladimir Gusinsky--who became the "oligarchs" who shaped the political and economic landscape of the New Russia. They were merely ordinary Russians until the Soviet Union collapsed. So how did a mere handful Russians end up controlling such an epic proportion of Russia's economy and have such great influence in its politics? And how did they manage to rise at Russia's decline? Hoffman's book will answer these questions by piecing together extensive research and interview to create a well-balanced, serious but at the same time, a downright fun and readable book. "The Oligarchs" is a landmark.
Read more
Helpful
Report abuse
See all reviews

MissingButton
1.0 out of 5 stars Monotonous
Reviewed in the United Kingdom 🇬🇧 on April 29, 2018
Verified Purchase
Enjoyed the first few chapters. A chapter is dedicated to the history of each Oligarch and how they made their vast fortunes in the early days before and shortly after the collapse of the Soviet system. Each of them was a cowboy who could manipulate the system to get huge wealth. Eachndid it in his own sector or industry.

But then after 7 or 8 chapters, each one detailing a particular Oligarch, it just became monotonous. I guess I expected more detail on their current wealthy life-styles?......
so I hate to admit it, but I abandoned the book half-way through. Life is too short, and there are too many really good books to be read, to bother struggling through books that no longer give pleasure or inspiration.
I think the author did lots of good research. It’s well written. But the monotony of a chapter of how each Oligarch made his wealth began to read like a text book. I do think the author explained at the beginning that this is how he would approach the topic, and promised that the later chapters would move onto another approach. But to be honest, I couldn’t be bothered. Have moved on to another book........
Read more
2 people found this helpful
Report abuse

Mash
5.0 out of 5 stars An excellent remedy for 'Putin fatigue'.
Reviewed in the United Kingdom 🇬🇧 on March 27, 2015
Verified Purchase
What a wonderful, wonderful book! The book is written in a refreshing here's-a-bunch-of-stuff-that-happened style. By that I mean that the author just sets out (albeit from a Western worldview) key events from 1990s Russia rather than pushing any particular agenda like seemingly every other book on modern Russia. Nobody comes out of this book looking good. The author masterfully guides you through the chaos, drawing on accounts from an unparalleled list of interviewees that reads like a who's who of the key players in 1990s Russia. And it gets better! Putin barely gets a look-in, appearing only in the last few pages. In our Putin-saturated times, this is a welcome change.
Read more
3 people found this helpful
Report abuse

Siriam
5.0 out of 5 stars Brilliant synopsis of what happend and why it all went wrong
Reviewed in the United Kingdom 🇬🇧 on December 11, 2003
Verified Purchase
Hoffman as the Moscow based chief for a US newpaper and Russian speaker was ideally placed as the events covered by this book occurred. Starting from the Fall of communism and the rise of a new business power elite the like of which Russia had never seen since 1917 through Yeltsin's faltering reign due to his health, to the change to Putin is over the 500 odd pages covered with a masterful handling of an incredible range of material and evidence. Hoffman gives a great feel of what set apart both the central characters from their different origins to their rises (and in most cases falls) from power with spectacular fortunes and egos being accumulated along the way. One of the real surprises and pleasures in the story is how he does not just focus on the new business magnates but other key economists and officials such as the Mayor of Moscow in showing how a very Russian model sought to break from its past and work to avoid a resurgence of communism as a free economy was forged.
The real strength of the book is a conveying of how it actually felt in Russia at that time (the abuses and the corruption); the simple but major errors made (such as the refusal to see the rouble was heading for a dramatic devaluation) and the government's (both centrally and via different agencies and state banks) naivete in letting a small elite continually profit at the expense of the majority.
While the book is rapidly being taken over by recent events under Putin with the recent imprisonment in 2003 of Khodorovsky who was one of the few survivors by the end of this book, hopefully the writer will attempt a sequel in bringing this masterpiece fully up to date.
Read more
10 people found this helpful
Report abuse

Diane Byett
5.0 out of 5 stars Great insight into the Oligarchs
Reviewed in the United Kingdom 🇬🇧 on January 23, 2019
Verified Purchase
Fascinating profiles of the Oligarchs who made it through the USSR's turbulent times.
Read more
Report abuse