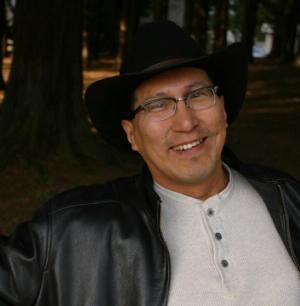 by Richard Wagamese (Author)
4.7 out of 5 stars 162 ratings
See all formats and editions
Sorry, there was a problem loading this page. Try again.

One Native Life is Richard Wagamese’s look back at the long road he traveled in reclaiming his identity. It's about the things he's learned as a human being, a man, and an Ojibway. Whether he's writing about playing baseball, running away with the circus, listening to the wind, or meeting Johnny Cash, these are stories told in a healing spirit. Through them, Wagamese shows how to appreciate life for the remarkable learning journey it is.
Read more
Previous page
Next page

"[Richard Wagamese's] latest book of nonfiction showcases him as a writer of insight and eloquence, as it recounts episodes of his life from childhood onward. Whether about growing up in foster care or about reuniting with his Ojibway heritage, the dozens of original essays that comprise One Native Life extol the virtues of reclaiming displaced identity and healing through a sense of belonging." (Georgia Straight 2008-08-11)^"The power of...One Native Life lies in its ability to explain how the residential school system affected not only the generations of natives who attended, but those who followed, and what needs to be done to rebuild families. Yet what has the potential to be a depressing and difficult read is instead an incredibly inspiring book, on that should be read by all Canadians." (Calgary Herald 2008-08-24)^"Wagamese wrote movingly -- and with applauded bravery for his openness -- about his abuse and booze-damaged past in the 2002 memoir For Joshua, addressed to his son. In what reads as almost a continuation of that earlier book, One Native Life describes the author's continued emotional healing, a recovery with his Anishnabeg roots at the core." (Toronto Star 2008-08-24)^"Delicate and strangely beautiful, each vignette (written in early dawn) seems to radiate from point to luminous point...This is the language of trauma and its miraculous recovery, a beautiful and important Canadian work." (Globe & Mail 2008-08-26)^"Each story -- almost without exception -- is positive and uplifting, meaningful and supportive of his new, well-anchored life. All of his memories are formed from the vantage point of where he is now, a tribute to the qualities of memoir...Grounded as he now appears to be, and secure in his identity, Richard Wagamese in his 50s may be just hitting his stride." (Saskatoon Star-Phoenix 2008-09-13)^"In quiet tones and luminous language, Wagamese shares his hurts and insights and joys, inviting readers to find the ways in which they are joined to him and to consider how they might be joined to others." (Winnipeg Free Press 2008-09-21)^"[Wagamese's] memoir is an insightful look at his search for his roots and the traditions binding him not only to his people but the 'great, grand circle' of humanity." (Book List 2008-10-01)^"One Native Life is a journey, snapshots of events as Wagamese moves through a life of loneliness, forever searching for that place to belong as he travels to reclaim an identity denied him as a child. Within these vignettes, we see the joyous spirit Wagamese has become." (Chronicle Herald 2008-10-05)^"Writing with appealing warmth and gentle humour, he is frank about his insecurities and failings. Rather than play the blame game, [Wagamese] concentrates on appreciating the people who nurtured and helped him when he needed it most." (Vancouver Sun 2008-10-25)^"This design is perfect in its simplicity: it captures the personal content and informal tone of Wagamese's writing in a quiet, inviting, and unassuming way. There's a sense of both narrative and history in the birch-bark background." (Quill & Quire 2008-11-04)^"I have been touched deeply by Richard Wagamese's reflections on life, adversity, and healing...His message of hope and belonging urges every Canadian to set out each dawn to find meaning in ourselves, figure out where we belong, and nurture our humanity." (Waterloo Region Record 2009-09-18)

"...a beautiful and important Canadian work"

Richard Wagamese is Ojibway from the Wabaseemoong First Nation in Ontario. A member of the Sturgeon Clan, he is one of Canadaís foremost authors and journalists. He is the author of six novels, one collection of poetry and three memoirs. His most recent novels, Indian Horse (2012) and Medicine Walk (2014) were national bestsellers and published to brilliant reviews. Indian Horse was the People's Choice finalist in the 2013 Canada Reads competition. Richard has also been honored with the 2012 National Aboriginal Achievement Award for Media & Communications and the Molson Prize for the Arts in 2013. He lives in Kamloops, BC.

4.7 out of 5 stars
4.7 out of 5
162 global ratings
How are ratings calculated?
To calculate the overall star rating and percentage breakdown by star, we don’t use a simple average. Instead, our system considers things like how recent a review is and if the reviewer bought the item on Amazon. It also analyzes reviews to verify trustworthiness.

L. Gawne
5.0 out of 5 stars You need to read this book and we all need to straighten up and be better.
Reviewed in Canada 🇨🇦 on April 27, 2022
Verified Purchase
This book was a surprise to me because I was sure there would be a lot of hate against white people and I was prepared for that. I think it would be deserved, not specifcally but overall. Instead in his book Mr. Wagamese showed so much compassion and caring even though he was treated so badly, he chose to think about the times that people helped him and some did. Some did not and that he turned out to be the man that wrote the books he wrote was amazing. The book made me cry that so many people could be so blind and thoughtless and mean to people they didn't even try to understand telling them to forget themselves and be something else. They never asked for help why then are they always expected to be grateful? Everything including their children were taken away from them and then everyone wondered why they were left broken. Mr Wagamese never says his people were perfect he plainly points out the flaws. This book should be read at schools to show how much more you can gain by compassion and love and understanding than by pushing and forcing and bullying. We are none of us perfect and we need to start accepting each other for who and what we are. I can't wait to read more of his work. What a shame that he left this place at the young age of 62. I would bet he had alot more to say.
Read more
4 people found this helpful
Helpful
Report abuse

Sylvio Gauthier
4.0 out of 5 stars Very easy to read and interesting short stories!
Reviewed in Canada 🇨🇦 on February 4, 2021
Verified Purchase
I like this book by Richard wagamese because you learn a lot about the author in the book !
Read more
Helpful
Report abuse

CL
5.0 out of 5 stars A Beautifully crafted story...
Reviewed in Canada 🇨🇦 on July 15, 2020
Verified Purchase
This is a powerful story of someone seeking to identify and grow their native self. Wonderfully written...so powerfully descriptive of nature and more importantly life and all the terrible things it often brings to those who are different from the mainstream...however he continued to seek his true self. What a wonder!
Read more
One person found this helpful
Helpful
Report abuse

Krunn
5.0 out of 5 stars Peace
Reviewed in Canada 🇨🇦 on October 8, 2019
Verified Purchase
I could not put this book down, resented having to fulfill duties. I learned so much. Richard's universal way of using Ojibway and First Nations wisdom to broaden our relations is brilliant. Is there any other author who blends Native ways of knowing and great thinkers of history ways of perceiving us?
Read more
2 people found this helpful
Helpful
Report abuse

T.H in Canada
5.0 out of 5 stars A beautifully written memior...
Reviewed in Canada 🇨🇦 on October 30, 2018
Verified Purchase
This is the second Richard Wagamese book I have read and I plan to read all his books. His words are so beautiful and full of feeling. This book will take you on a journey through his childhood to his adulthood where he rediscovers his native roots and rituals. You will be hooked from the very first chapter. Also read his book of Ojibway meditations called Embers - it's absolutely brilliant!
Read more
One person found this helpful
Helpful
Report abuse

Gordon Light
5.0 out of 5 stars This book is a gift
Reviewed in Canada 🇨🇦 on June 19, 2015
Verified Purchase
This book - a series of short narratives drawn from the author's life - is full, rich and always moving. The chapters are short, just a few pages, but each one is stand alone with enough to merit a day's reflection. There is an overwhelming generosity of spirit in Richard Wagamese's writing, and I marvelled at such a good heart emerging out of some very tough circumstances. I am only half way through, but I have found myself re-reading many of the the chapters as I go. The writing itself is beautiful, almost prayerful. A book to take time with. I am deeply grateful for having come across it.
Read more
Helpful
Report abuse

Best Hypothesis
4.0 out of 5 stars Quiet and contemplative
Reviewed in Canada 🇨🇦 on July 4, 2019
Verified Purchase
Simply worded and pleasing to read like a quiet talk with a friend who has seen some of life's colours
Read more
Helpful
Report abuse

dianne travis
5.0 out of 5 stars a must read
Reviewed in Canada 🇨🇦 on September 19, 2020
Verified Purchase
He never fails to bring truth to the table in a beautiful, powerful poetic way.
Read more
Helpful
Report abuse
See all reviews

C.L.B.
5.0 out of 5 stars I love this book
Reviewed in the United States 🇺🇸 on July 21, 2016
Verified Purchase
I love this book, the author's arrangement of short chapters highlighting healing moments in his life makes for light yet moving and reflective reading. His message of reconciliation among the various cultural groups within his country (Canada) gives me hope and inspiration. I purchased this book for my husband but ended up reading it myself and I could not put it down.
Read more
3 people found this helpful
Report abuse

Donnyboy
5.0 out of 5 stars Regaining Aboriginal Culture and Values.
Reviewed in the United States 🇺🇸 on October 11, 2015
Verified Purchase
A very well written set of short vignettes of Richard's life. I was amazed at how widely read he is, with an extensive knowledge of English and Canadian literature. It was good to share in his struggles as he worked to re-establish his First Nations identity. He did not become bitter, but kept an appreciation for people with compassion of all cultures. He was able to cross "both worlds". I would recommend it very highly for anyone who wants to understand "Aboriginal thinking".
Read more
2 people found this helpful
Report abuse

H. Robinson
5.0 out of 5 stars This Author is an American Treasure
Reviewed in the United States 🇺🇸 on July 20, 2010
Verified Purchase
Wonderful book, the kind you promise yourself you'll read twice, and you do! Should be required reading for any person interested in Native American culture. My whole family has read it, and I'm getting more to send to friends.
Read more
6 people found this helpful
Report abuse