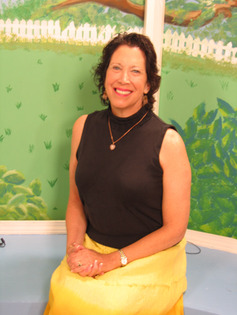 by Audrey Penn (Author)
4.8 out of 5 stars 265 ratings
Part of: The Kissing Hand (9 books)
See all formats and editions
Sorry, there was a problem loading this page. Try again.

Another book in The Kissing Hand series releasing in paperback!

Pocket Full of Kisses is the second book in The Kissing Hand series to be released in paperback. The New York Times bestseller and children's classic The Kissing Hand has changed the lives of millions of children and their parents. With Pocket Full of Kisses, Chester Raccoon's story continues as he learns to welcome his baby brother into the family.

In this tender sequel to the New York Times bestseller and children's classic The Kissing Hand, Audrey Penn provides parents with another tale of love and reassurance to share with their children. Chester Raccoon has a baby brother—and the baby brother is taking over his territory. When Chester sees his mother give his baby brother a Kissing Hand—his Kissing Hand—he is overcome with sadness, but Mrs. Raccoon soothes his fears with her own special brand of wisdom, finding just the right way to let Chester know he is deeply loved. Brought to life by Barbara Leonard Gibson's warm illustrations, this story is perfect for families who are adjusting to all the changes new members can bring.
Read more
Previous page
Next page

Audrey Penn takes her one-woman educational program, the Writing Penn, into schools, libraries, and children’s hospitals where she shapes and refines her story ideas in partnership with kids. She is also highly sought after as a conference keynote speaker by groups of teachers and other professionals who work with children.
Start reading A Pocket Full of Kisses (The Kissing Hand Series) on your Kindle in under a minute.

I started my first career as a ballerina dancing with the National Ballet, New York City Ballet, Stuttgart Ballet, and the Danny Diamond Dance Theatre. I also served as alignist and choreographer for the U.S Figure Skating Team in preparation for the Pan American Games (1973), and for the 1976 Olympic Gymnastics team. In 1980 I became too ill with Juvenile Rheumatoid Arthritis (JRA) to continue dancing. Because I had done a lot of children's theatre and children's dance, and I have always enjoyed children's literature, I turned to writing children's books for my creative outlet.

But my writing career actually began much earlier than 1980. When I was a young girl, I had two older brothers who took great joy in teasing me.

When I was in the fourth grade, I began keeping journals of the silly things they would say and do. Then I began adding things my pets did. Finally, I began to write down everything I saw and heard every day.

My passionate advocacy for children continually molds my writing style and subject matter. I have taken my one-woman educational program, The Writing Penn, into schools, libraries, and children's hospitals, where I shape and refine my story ideas in partnership with kids.

My favorite part about being a children's author is meeting my readers when I speak at a school or at a store. I get so many wonderful ideas from you, and you, and you. So, thank you for your inspired ideas, and letters, and emails. Now, it's your turn to keep a journal.

I live with my husband, my youngest daughter (who inspired The Kissing Hand), and two dogs in Olney, Maryland. We have three children and one foster child.

4.8 out of 5 stars
4.8 out of 5
265 global ratings
How are ratings calculated?
To calculate the overall star rating and percentage breakdown by star, we don’t use a simple average. Instead, our system considers things like how recent a review is and if the reviewer bought the item on Amazon. It also analyzes reviews to verify trustworthiness.
Top reviews

Cheryl MacPhail
5.0 out of 5 stars Super Book
Reviewed in Canada on October 3, 2013
Verified Purchase
Purchased to help our daughters adjust with the arrival of their new baby brother. It is yet another great book in the Chester the Raccoon series.
Read more
Helpful
Report abuse

Jill
5.0 out of 5 stars as described
Reviewed in Canada on January 1, 2013
Verified Purchase
this book was in great shape, clean and well taken care of. very happy with my choice with this book. thanks
Read more
Helpful
Report abuse

J T Cooper
5.0 out of 5 stars A delightful story about raccoons and love.
Reviewed in Canada on June 7, 2004
As a book reviewer for Funseeker's Radio Network I come across a lot of delightful children's book, but this one has to be in the top ten. A mother raccoon has two cubs, with Chester being the older. His mother gives him a kiss in his hand, a "kissing hand" and he is delighted, until he sees her give one to his baby brother. His mother lets him know that he is loved just as much as his brother and that she has enough love for both of them. The illustrations by Barbara Leonard Gibson are some of the best I have seen and remind me of Harry, my own pet raccoon I had when I was younger. This book needs to be bought in pairs, one for the adult buying it and one or more for the children who will love the story and the message it gives.
Read more
3 people found this helpful
Helpful
Report abuse

Mary Lavers (in Canada)
3.0 out of 5 stars Who doesn't love Chester Raccoon?
Reviewed in Canada on May 7, 2012
A follow up to The Kissing Hand, Audrey Penn's A Pocket Full of Kisses has Chester Raccoon working through feelings of jealousy when he becomes a big brother. My two-year-old demographic of one, Magda, didn't like this one quite as much as The Kissing Hand, but that may be because she has her own opinions about whether or not she'd like to be a big sister!

Disclaimer: I received a digital galley of this book free from the publisher from NetGalley. I was not obliged to write a favourable review, or even any review at all. The opinions expressed are strictly my own.
Read more
Helpful
Report abuse
See all reviews

Antra Anchina
5.0 out of 5 stars Very nice book
Reviewed in the United Kingdom on September 28, 2019
Verified Purchase
Short but beautiful story that might help your child to accept new baby in house.
Read more
Report abuse

Robert H. Clapham
4.0 out of 5 stars Love the book, but pages were wrinkled
Reviewed in the United States on April 26, 2021
Verified Purchase
The book was delivered promptly as expected. I loved that I found this book in hard back because these last so much longer and it is a gift. I was disappointed that some of the pages were wrinkled. But since it was a gift and needed to be sent out, I accepted the book.
Read more
Report abuse

Robin Saleem
5.0 out of 5 stars Must have
Reviewed in the United States on April 11, 2019
Verified Purchase
One of the best books for kids starting school. My sons kindergarten teacher read this the first day of school to the kids. I have now bought it for my nieces and nephews who started kindergarten as well. Must have in a collection!!
Read more
One person found this helpful
Report abuse
See all reviews