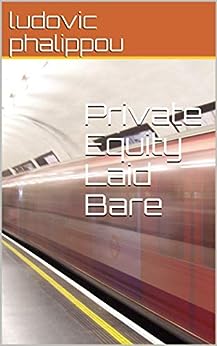 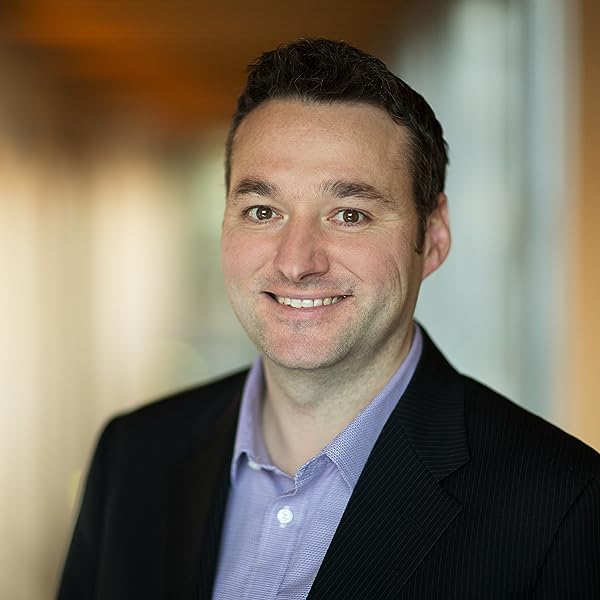 by ludovic phalippou (Author) Format: Kindle Edition
See all formats and editions
Sorry, there was a problem loading this page. Try again.
This is version 3.0 (Warning: Audiobook is following the first edition)! Designed for an MBA course on private equity, this textbook aims to familiarize any reader with the jargon and mechanics of private markets using simplified examples, real-life situations and results from thorough academic studies. The intention is to have a book that can be read more like a novel than like a regular textbook. In order to have long-lasting impact on readers, I believe in making things as simple as possible, boiling everything down to the essence, going straight to the point, and, most importantly, writing in an informal and hopefully entertaining way. The objective is for the reader to open this book with anticipation of having a good educational time.
Read more
Previous page
Next page

Ludovic is a faculty member of the Said Business School at the University of Oxford. He has been named as one of “The 40 Most Outstanding Business School Profs Under 40 In The World and listed as one of the 20 most influential individuals in private equity in Europe. Ludovic has strong links with senior practitioners in the industry, routinely delivers keynote addresses, and appears in the media internationally. He worked with a number of large institutional investors on their private equity investment decisions and benchmarking systems. Ludovic teaches ‘Asset Management’ and ‘Private Equity’ and received several best-teacher awards. He graduated from Toulouse School of Economics, University of Southern California, and INSEAD (PhD). --This text refers to an alternate kindle_edition edition.

I ride road bikes, routinely taste great wines and work on anti-food-waste initiatives. In my spare time, I am a Faculty member of the Said Business School at the University of Oxford and a Fellow at The Queen’s College Oxford. I sit on the investment committee of my college endowment, and on the wine committee of the College, which is a more serious affair than you think.

I have been researching the private equity industry for the last fifteen years. It was a baby back then compared to today but people have always been intrigued by it. Data point after data point, article after article, I found that virtually everything that was sold as a fact was not quite so. I published about ten articles in leading academic journals on this topic and these articles are freely available on ssrn.com, have been downloaded some 50,000 times and cited about 2000 times (source: Google scholar). This research has been presented in about 100 universities throughout the world, at all major academic and practitioner conferences in this field, and featured in the media internationally (including The Economist, Financial Times, The New York Times). I worked with a number of large institutional investors on their private equity investment decisions and benchmarking systems and with government bodies on private equity matters (e.g. Dutch Ministry of Finance, Norway Ministry of Finance).

I have been teaching private equity for ten years to MBA/EMBA students, and developed a variety of executive education courses, including customized programs for leading consulting companies and asset managers. Representative student feedback talks about “great energy and ability to captivate class on a difficult topic”; “engaged professor who brings a lot of personality into the classroom”; “constantly pushing us to think critically”; and “has a knack for simplifying complex concepts.” Students also routinely complained that I should do something about my chaotic notes and board scribbles; here they are, at last!

I have also received some awards, none of which I deserve but these things go into biographies to show that the author is a serious dude. Besides some teaching awards at the University of Oxford and University of Amsterdam, I have been honored to be named as one of “The 40 Most Outstanding Business School Profs Under 40 In The World” by the business education website Poets &amp; Quants in 2014. And in 2016, realdeals magazine listed me as one of the 20 most influential individuals in private equity in Europe – the only academic listed.

Finally, I stayed at school for a long time, ending up penniless but full of degrees (and of myself): Bachelor in Economic Engineering from Toulouse School of Economics; a Master in Economics and a Master in Mathematical Finance both from the University of Southern California; and a PhD in Finance from INSEAD.

4.3 out of 5 stars
4.3 out of 5
64 global ratings
How are ratings calculated?
To calculate the overall star rating and percentage breakdown by star, we don’t use a simple average. Instead, our system considers things like how recent a review is and if the reviewer bought the item on Amazon. It also analyzes reviews to verify trustworthiness.
Top reviews

Carmen N
2.0 out of 5 stars Confusing to understand (from someone starting out in PE)
Reviewed in Canada on October 1, 2018
Verified Purchase
Thought this book would be a light read & easy-to-understand, but was quite the opposite where there are too many complicated graphs, too many analogies to Alice in Wonderland (to the point where it gets confusing) & I would classify 'private equity laid bare' that someone coming from the PE industry (like me), who reads a lot of literature in business & has been introduced to many of these concepts in school & whatnot, has trouble following the along the author's train of thought. Just seems like there's too many ideas (many of them intelligent & advanced), just not enough focus. So great material, just not an easy-read.
Read more
Helpful
Report abuse

alex
5.0 out of 5 stars Great book to read - easy to understand if you know the basics in PE
Reviewed in the United Kingdom on March 20, 2018
Verified Purchase
I rarely finish reading a book but this ones was very different, very funny, entertaining and same time very easy to grasp the general knowledge on PE. Some of the assessments are slightly subjective and maybe a bit too much denigration of the PE industry as a whole.

Have recommended this book to some of my colleagues.

I was wondering if the excel sheets used in some of the chapters can be made available?
Read more
One person found this helpful
Report abuse

Stephen T
5.0 out of 5 stars Highly recommended for a comprehensive introduction to the Private Equity industry
Reviewed in the United Kingdom on June 1, 2022
Verified Purchase
Brilliant intro into the growth in the world of private funds, cash studies of strategies and the dynamics between the private equity managers and those that invest in them. Well explained and easy
Read more
Report abuse

aneroli
5.0 out of 5 stars Outstanding book on private equity
Reviewed in the United Kingdom on December 1, 2017
Verified Purchase
A brilliant, breakaway book in private equity! Concepts are explained simply and clearly but without loss of rigour. I particularly enjoyed the case studies which are cleverly integrated in separate boxes to show practical application of concepts. Due to the depth of material covered, especially on fund terms and fees, I would say it is suitable for all backgrounds, including those who have worked in industry. In cycling parlance, it’ll take you from domestique to Bernard Hinault. Chapeau!
Read more
One person found this helpful
Report abuse

DLondon
5.0 out of 5 stars Introduction to Private Equity
Reviewed in the United Kingdom on February 14, 2019
Verified Purchase
This book is a great introduction to the industry - the case studies are excellent. Some humorous light touches make this book easy to digest. Highly recommended.
Read more
2 people found this helpful
Report abuse

AMHI
5.0 out of 5 stars Does not disappoint.
Reviewed in the United Kingdom on April 13, 2018
Verified Purchase
A genuinely fantastic read.