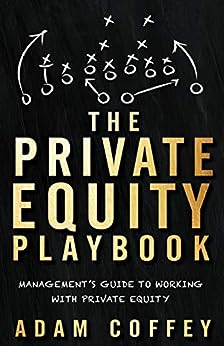 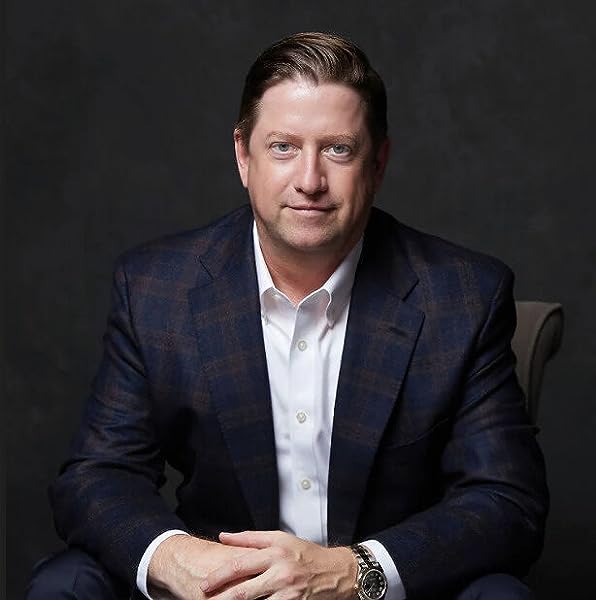 Enjoy a great reading experience when you buy the Kindle edition of this book. Learn more about Great on Kindle, available in select categories.
“ If you’re earning six figures in the Fortune 500 world, you can earn seven figures or eight figures in the private-equity-backed world of middle-market companies. If you are an entrepreneur or business owner, partnering with private equity is your most logical exit strategy to get maximum return”

For most people, private equity is a complete mystery, and most media coverage of the topic is, unfortunately, negative. Yet there is tremendous opportunity for individuals who partner with private equity firms to generate outsized returns and create life-changing, generational wealth.

When it comes to entering the world of private equity, most entrepreneurs simply don’t know where to start. I’ve spent 20 years building wildly successful private-equity-backed businesses, and I saw a void in education on this topic. That’s why I wrote The Private Equity Playbook: Management’s Guide to Working With Private Equity.

In the book, I’ll introduce you to what private equity is, how it operates and how to find the right private equity partner among the 5,500 firms in existence today. You’ll learn the best strategies for operating within the private equity world and what questions to ask during each step of the process. These are lessons, incidentally, that apply to all types of businesses, not just those backed by private equity.

Over the past two decades, partnerships with private equity firms have exploded. Today, almost 50 percent of all mergers & acquisition activity involves private equity on one side or other of table, with trillions of dollars of capital invested. If you’re an entrepreneur, a business owner or a transitioning Fortune 500 employee, now is the time to get on board!

The Private Equity Playbook provides all the coaching you will need to compete on this new playing field!
Read more
Previous page
Next page

Adam Coffey has spent more than twenty years as president of three national service companies: Masterplan, WASH Multifamily Laundry, and now CoolSys, all of which have been owned and sold multiple times by private equity. Known for building strong employee-centered cultures, and for executing a buy and build strategy, Adam is highly sought after by private equity and is considered an expert in running industrial service businesses. He is a former GE executive, an alumnus of UCLA, and a veteran of the United States Army. --This text refers to the hardcover edition.

Over the past 21 years, he has had the honor of serving as President and CEO of three national private equity-backed service companies, each in different industries. Two of the three companies he built achieved enterprise values of $1B. Throughout his career, Coffey has a proven track record of achieving notable outcomes for stakeholders. His career average at exit is 4.5x MOIC (Multiple of Invested Capital).

Coffey is an active mentor to MBA candidates and is a regular, favorite guest speaker at UCLA. Coffey, who considers himself a blue-collar CEO, has a diverse background. He has led several commercial and industrial service businesses, is a licensed general contractor, a pilot, a former GE executive, an alumnus of the UCLA Anderson Executive Program, and a veteran of the US Army.

Coffey’s first book, The Private Equity Playbook, was released in February 2019 and became an instant #1 Amazon Best Seller and private equity cult classic. His second book, The Exit Strategy Playbook was released in September of 2021 and also was a #1 Amazon Best Seller. He was named one of the “Most Influential Leaders” by the Orange County Business Journal in 2018, 2019 and in 2020 and 2021 was named to their prestigious "OC Top 50". Coffey makes his home in Westlake, TX with his wife and young daughter.

4.5 out of 5 stars
4.5 out of 5
412 global ratings
How are ratings calculated?
To calculate the overall star rating and percentage breakdown by star, we don’t use a simple average. Instead, our system considers things like how recent a review is and if the reviewer bought the item on Amazon. It also analyzes reviews to verify trustworthiness.
Top reviews

Financekid
4.0 out of 5 stars Learned a few neat things, good for those new to the Private Equity world
Reviewed in Canada on November 14, 2019
Verified Purchase
This book is Not for the veteran banker or PE dealmaker. It’s for a beginner in the finance industry. Covers all aspects of a deal. Good summary. Book is not too long either. Can be used as a reference guide as you become familiar with the industry. However if you know something about PE, the last few chapters (20%of book) are the only things that might be interesting. His thoughts on valuation drivers and use of consultants is good to read about. Always nice to hear a different perspective.
Read more
2 people found this helpful
Helpful
Report abuse

Hussain Bandukwala
5.0 out of 5 stars The book came recommended to me. Now I'm recommending it to others.
Reviewed in Canada on June 10, 2021
Verified Purchase
I just finished "The Private Equity Playbook". It came as a highly recommended book by a friend and I now have a bird's eye of the PE ballpark.

Enough to be inspired & motivated to put more time & focus towards the industry.

I highly recommend the book to anyone who's looking to get a lay of the PE land, the differences between VCs & buyout funds, and how it could benefit them (as an investor in the space, or an employee at PE-backed firms, or perhaps as a business owner who's considering selling to a PE-backed firm, and even a consultant serving the industry).
Read more
Helpful
Report abuse

MR
5.0 out of 5 stars Information packed and concise, but still an enjoyable read
Reviewed in Canada on July 28, 2020
Verified Purchase
By far the most practical book on Private Equity I’ve read.

The author has worked as CEO of three different private equity backed firms and it feels like you’ve sat down with him to discuss entering the business.

A refreshing change from the academic and reporter written books on the subject.
Read more
Helpful
Report abuse
See all reviews

SEA WARRIOR
3.0 out of 5 stars A PRETTY GOOD INTRODUCTION FROM THE COAL-FACE
Reviewed in the United Kingdom on July 14, 2020
Verified Purchase
I quite enjoyed this book even if it doesn't pass my Beach Read Test. I had a fair understanding of the world of Private Equity (PE) but the author's uncommon perspective made the read especially worthwhile. The book would be a good choice for those thinking of joining a PE firm, for someone hoping that their business will attract PE's covetous eyes, and for private investors thinking of diversifying their portfolios. There's no reason not to go with the Kindle version.
Read more
5 people found this helpful
Report abuse

Woody
3.0 out of 5 stars Pretty accurate summary
Reviewed in the United Kingdom on May 14, 2022
Verified Purchase
Not a bad summary. Very simply written and jack and Jill explanations in the main. Some (a lot) of the ‘in my business, EBITDA was up X’ and ‘I’ve made tens of millions by selling the same companies over and over, sometimes 5 times, doubling the company valuation each time’, clearly is utter nonsense. Either they should be fired for leaving so much value on the table if the business could have gone up 16x just a few years after the first sale, or the PE house was inept. Look past the made up nonsense though and for beginners it gives a pretty good summary. Oh. You don’t HAVE to get up at 4am to reply to your investors’ emails either. 7 will be just fine……
Read more
One person found this helpful
Report abuse

JR
3.0 out of 5 stars Sport metaphor fans won’t be disappointed
Reviewed in the United Kingdom on October 10, 2020
Verified Purchase
How very British of me but I did start to find the Americanisms of this book a little draining...and I couldn’t help but read the whole thing in an American accent. If only I was as successful as this bloke!
Pros:
-easy read, digestible chunks, I can imagine a good basic intro to young, innocent Execs. Working in investor relations it gives a good basic overview of equity waterfall from management’s perspective, which I’ve never really given much thought about
Cons:
-very basic for anyone working in PE (but admittedly that’s not who the target audience is), some of the concepts of benefits of leverage could be fleshed out more, the grammar pedant in me spotted a couple of missing apostrophes. Oh and did I mention the sports analogies? For me baseball = rounders...
In summary the contents of this short book can probably be found for free with a few hours invested in a google search.
Read more
3 people found this helpful
Report abuse

A. Taylor
5.0 out of 5 stars Very useful
Reviewed in the United Kingdom on June 5, 2022
Verified Purchase
Having worked at a lower level in the PE world for almost ten years I was facing my first interview at director level so I wanted to read something to fill in the gaps in my knowledge. This was the ideal book - short enough to read in a day but informative enough to give me confidence in my interview. I got the job so it worked!
Read more
Report abuse

Sandy D
5.0 out of 5 stars Perfect guide and overview on the PE World!
Reviewed in the United Kingdom on July 28, 2021
Verified Purchase
This is a perfect review of the PE world.
Adam makes us discovering it through parallels to the world of sport, his own rich experiences which makes it fun to read!
I enjoyed reading it, learned a lot and look forward the next upcoming book about Exit strategies!
Well done Adam!
Read more
Report abuse
See all reviews
Report an issue
Does this item contain inappropriate content?
Report
Do you believe that this item violates a copyright?
Report
Does this item contain quality or formatting issues?
Report