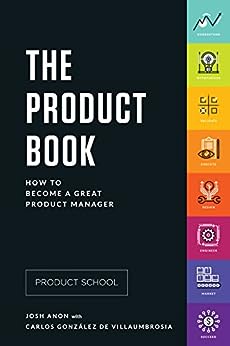 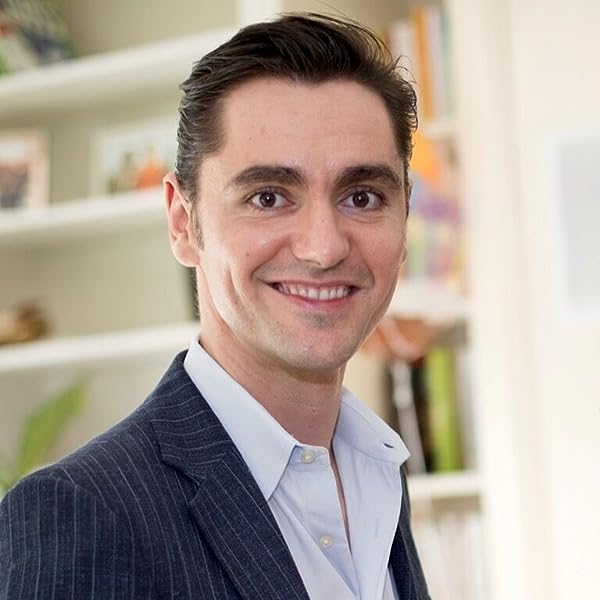 The Product Book: How to Become a Great Product Manager Kindle Edition

by Product School (Author), Carlos González de Villaumbrosia (Author), Josh Anon (Author) & 0 more Format: Kindle Edition
See all formats and editions
Sorry, there was a problem loading this page. Try again.
"No one asked you to show up." Every experienced product manager has heard some version of those words at some point in their career. Think about a company. Engineers build the product. Designers make sure it has a great user experience and looks good. Marketing makes sure customers know about the product. Sales get potential customers to open their wallets to buy the product. What more does a company need? What does a product manager do?

Based upon Product School’s curriculum, which has helped thousands of students become great product managers, The Product Book answers that question. Filled with practical advice, best practices, and expert tips, this book is here to help you succeed!

4.5 out of 5 stars
4.5 out of 5
528 global ratings
How are ratings calculated?
To calculate the overall star rating and percentage breakdown by star, we don’t use a simple average. Instead, our system considers things like how recent a review is and if the reviewer bought the item on Amazon. It also analyzes reviews to verify trustworthiness.

CY
4.0 out of 5 stars High level walk thru of what a PM does
Reviewed in Canada 🇨🇦 on June 6, 2021
Verified Purchase
The book follows the PM work steam of an artificial company preparing to deploy a new feature in its app. It covers examples from big tech companies and also discusses some theory behind good products.

Overall, a lot of content may be found by yourself googling, but this book removes that work and presents chapters that build on each other.
Read more
One person found this helpful
Helpful
Report abuse

Nanoush
2.0 out of 5 stars Sadly this book could have been published as a blog post for free.
Reviewed in Canada 🇨🇦 on August 23, 2017
Verified Purchase
As has been stated before, the book is blatantly padded and copied from other sources. I found myself skipping paragraphs at a time. Most of the content is surface level, no details or technical evaluations.
Read more
7 people found this helpful
Helpful
Report abuse
See all reviews

Gavin Deadman
5.0 out of 5 stars Good comprehensive guide to becoming a great product manager
Reviewed in the United Kingdom 🇬🇧 on June 22, 2020
Verified Purchase
Want to know more about the product manager role?

Stuck spending most of your time on tactical work and need a recap on the fundamentals of being a product manager?....

...then I'd recommend this book by Josh Anon where he's written a really good comprehensive guide to becoming a great product manager.
Read more

5.0 out of 5 stars Good comprehensive guide to becoming a great product manager
Reviewed in the United Kingdom 🇬🇧 on June 22, 2020
Want to know more about the product manager role?

Stuck spending most of your time on tactical work and need a recap on the fundamentals of being a product manager?....

...then I'd recommend this book by Josh Anon where he's written a really good comprehensive guide to becoming a great product manager.

5.0 out of 5 stars Really Interesting and Insightful book
Reviewed in the United Kingdom 🇬🇧 on October 2, 2021
Images in this review

ZAHRA MOOSAVI
5.0 out of 5 stars One of the best product book out there
Reviewed in the United Kingdom 🇬🇧 on November 11, 2019
Verified Purchase
super helpful, lovin this book
Read more
One person found this helpful
Report abuse

Naomi
1.0 out of 5 stars Skip this book, google instead...
Reviewed in Germany 🇩🇪 on November 3, 2020
Verified Purchase
A classic case of over promise, under deliver.

Not a great book, certainly not worth the price. Could have been a white paper, and did not provide anymore info than a simple google search.

Naga Srinivas Vemuri
5.0 out of 5 stars Was a senior engineer looking to understand PM role
Reviewed in India 🇮🇳 on July 31, 2022
Verified Purchase
Great introduction to PM (references are simply great to deep dive further)
I see all of these at work, but it’s all categorised properly after reading the book
Highly recommend to senior engineering folks who wants to understand the other side
Read more
One person found this helpful
Report abuse
See all reviews
Report an issue
Does this item contain inappropriate content?
Report
Do you believe that this item violates a copyright?
Report
Does this item contain quality or formatting issues?
Report