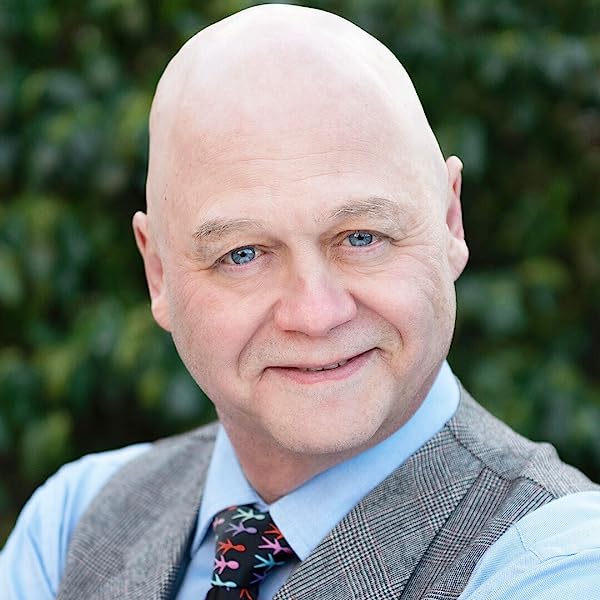 by John Doorley (Author), Helio Fred Garcia (Author)
5.0 out of 5 stars 4 ratings
See all formats and editions
Sorry, there was a problem loading this page. Try again.

Reputation Management is an established how-to guide for students and professionals, as well as CEOs and other business leaders. This fourth edition is updated throughout, including: new social media management techniques for the evolving age of digital media, and perspectives on reputation management in an era of globalization.

The book is embroidered by ethics, and organized by corporate communication units, such as media relations, issues management, crisis communication, organizational communication, government relations, and investor relations. Each chapter is fleshed out with the real-world experiences cited by the authors and contributions from 36 leaders in the field, including The Arthur W. Page Society, the International Communications Consultancy Organization, the PR Council, CVS Health, Edelman and Ketchum.

This was the first book on reputation management and, now in its fourth edition, remains a must-have reference for students taking classes in public relations management, corporate communication, communication management, and business. CEOs, business leaders, and professionals working in these areas find it a reliable resource for measuring, monitoring and managing reputation.

"This is the perfect time for the 4th edition of Reputation Management by John Doorley and Helio Fred Garcia. The new edition provides a thoughtful discussion of reputation in a complex world. Practitioners and students will benefit from the updated case studies and commentaries from leaders in the field. The updated discussions of how social media and globalization influence reputation will help prepare organizations for the challenges ahead. In a time of corporate and government scandals, every leader should read this book." -- Maureen Taylor, Professor and Head of Discipline, Public Communication, University of Technology Sydney

"When I read the leading books on reputation management, one book stood head and shoulders above the others, the one by John Doorley and Helio Fred Garcia. They were way ahead of their time in 2006 and it's hugely significant that this key work is now available in a fourth, expanded edition." -- Tony Langham, Co-founder and Chief Executive of Lansons, London and Chair of Lansons Intermarket, New York

Helio Fred Garcia is president of Logos Consulting Group. He is an adjunct professor in the Executive MBA program at New York University, and also teaches in the M.S. in Public Relations and Corporate Communication program. He is an adjunct associate professor of professional development and leadership in Columbia University. He is the author of The Agony of Decision: Mental Readiness and Leadership in a Crisis and The Power of Communication: Skills to Build Trust, Inspire Loyalty, and Lead Effectively.

For more than 40 years Helio Fred Garcia has helped leaders build trust, inspire loyalty, and lead effectively. He is a coach, counselor, teacher, writer, and speaker whose clients include some of the largest and best-known companies and organizations in the world.

His most recent book (2020) is Words on Fire: The Power of Incendiary Language and How to Confront It. Words on Fire is about the power of communication to do great harm, and how civic leaders and engaged citizens can hold leaders accountable to prevent such harm. It focuses on the language President Trump uses that conditions an audience to accept, condone, and commit violence against a targeted group, rival, or critics.

The book includes a history of such rhetoric, and identifies a playbook consisting of 12 forms of communication that typically precede genocides. Trump uses all 12. The language triggers lone wolves to commit violence. Since 9/11 rhetoric that provokes violence has been known as “stochastic terrorism,” a phrase that tends to confuse and makes discussion difficult. The author suggests a more accessible name: lone-wolf whistle violence.

The book documents Trump’s increasingly dangerous rhetoric through the campaign and first 2 ½ years in office, and how lone wolves were motivated by the rhetoric to commit violence. It also describes the changes in the nation’s political culture and media that led to Trump’s nomination and presidency. It includes examples of leaders who dialed back their rhetoric when it was shown to put people’s lives at risk. It closes with call to action: We can learn the lessons of today to prepare for tomorrow, to help civic leaders, engaged citizens, journalists, and public officials recognize the phenomenon and take steps to hold other leaders accountable in the future when they use such language.

His prior book (2017), The Agony of Decision: Mental Readiness and Leadership in a Crisis, was named one of the Best New Crisis Management Books of 2018 and also One of the Best Crisis Management Books of All Time by Book Authority, the world's leading site for nonfiction recommendations. It was translated into Chinese in 2020 and published by Posts & Telecom Press in Beijing under the title 从危到机：危机中的决策之痛与领导之术. It is available here: https://www.amazon.com/从危到机-危机中的决策之痛与领导之术-美-赫里奥·弗莱德·加西亚/dp/7115523061.

His prior book (2012), The Power of Communication: Skills to Build Trust, Inspire Loyalty, and Lead Effectively, was named to the United States Marine Corps Commandant's Professional Reading List for five consecutive years, 2013 to 2017. It was translated into Chinese in 2014 and published jointly by Pearson Education Asia Ltd in Hong Kong and Publishing House of Electronics Industry in Beijing under the title 沟通的力量. It is available here: http://product.dangdang.com/23475316.html.

Fred is president of the crisis management firm Logos Consulting Group and executive director of the LOGOS INSTITUTE for Crisis Management & Executive Leadership. He is based in New York and has worked with clients in dozens of countries on six continents.

Fred has been on the New York University faculty since 1988. He is an adjunct professor of management in NYU’s Stern School of Business. He teaches crisis management in the MS in Risk Management program and in the Executive MBA program, where he was named Executive MBA Great Professor. He is an adjunct associate professor of management and communication in NYU’s School of Professional Studies, MS in Public Relations and Corporate Communication program, where he twice received the Dean’s award for teaching excellence, in 1990 and in 2017. He also received awards for outstanding service and for 30 years service in teaching. In that program he teaches courses in communication strategy; in communication ethics, law, and regulation; and in crisis communication.

Fred is also on the faculty of Columbia University, where he teaches ethics. Fred is a Senior Fellow in the Institute of Corporate Communication at Communication University of China in Beijing. For eight years until 2015 Fred served on the leadership faculty of the Center for Security Studies of the Swiss Federal Institute of Technology (ETH), Zurich, Switzerland, where he taught an intensive seminar in the Master’s in Advanced Studies in Crisis Management and Security Policy. He has also served on the adjunct faculty of the Starr King School for the Ministry - Graduate Theological Union in Berkeley, CA, where for six years he taught a seminar on religious leadership for social change. He is a frequent guest lecturer at the Wharton School/University of Pennsylvania, the U.S. Defense Information School, the U.S. Marine Corps Command and Staff College and Officer Candidate School, the Brookings Institution, Tsinghua University in Beijing, and other institutions.

Fred is co-author (with John Doorley) of Reputation Management: The Key to Successful Public Relations and Corporate Communication, fourth edition, 2020; third edition, 2015; second edition 2011; first edition 2007 by Routledge, Taylor & Francis Group. A Korean language edition was published in 2016 by Alma Books under the title 명성 경영 전략. It is available here: http://book.daum.net/detail/book.do?bookid=KOR9791159920189. A Vietnamese edition is pending in 2021.

His two-volume book Crisis Communications was published by AAAA Publications in 1999. He blogs at http://www.logosconsulting.net/category/blog/; he tweets at twitter.com/garciahf.

5.0 out of 5 stars
5 out of 5
4 global ratings
How are ratings calculated?
To calculate the overall star rating and percentage breakdown by star, we don’t use a simple average. Instead, our system considers things like how recent a review is and if the reviewer bought the item on Amazon. It also analyzes reviews to verify trustworthiness.

Daniela
5.0 out of 5 stars 100/10
Reviewed in the United States 🇺🇸 on December 16, 2021
Verified Purchase
Super helpful, easy to read and for sure a complete reliable source to understanding Corporate Communications from scratch. I totally recommend it.
Read more
Report abuse
See all reviews