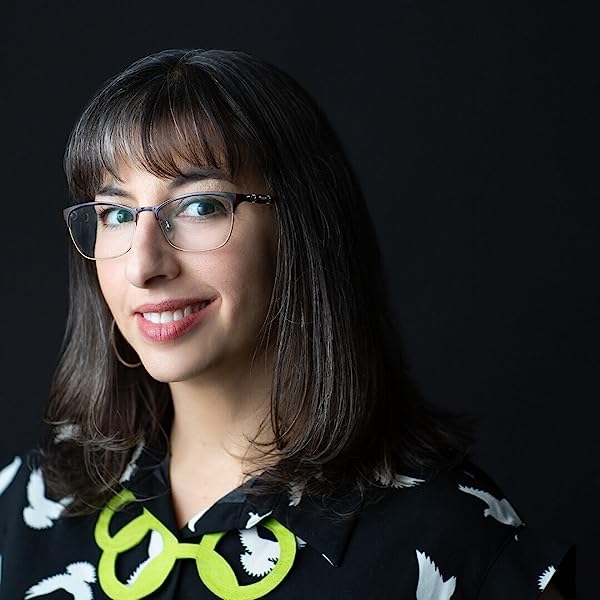 Can the teachings of Judaism provide a sacred framework for repairing the world?

In this groundbreaking volume, leading rabbis, intellectuals, and activists explore the relationship between Judaism and social justice, drawing on ancient and modern sources of wisdom. The contributors argue that American Jewry must move beyond "mitzvah days" and other occasional service programs, and dedicate itself to systemic change in the United States, Israel, and throughout the world. These provocative essays concentrate on specific justice issues such as eradicating war, global warming, health care, gay rights and domestic violence, offering practical ways to transform theory into practice, and ideas into advocacy.

Rich and passionate, these expressions will inspire you to consider your obligations as a Jew, as an American and as a global citizen, while challenging you to take thoughtful and effective action in the world.

Seeking to provide a set of intellectual and spiritual resources to encourage a sophisticated conversation about Judaism, social justice and environmental responsibility, this book more than meets its mark. The contributors, who are activists, intellectuals and spiritual leaders, broadly interpret their mission, touching on topics such as social justice, toxic waste, renewable energy, stem cell research, domestic violence and Middle East peace. Unsurprisingly, many touch on the Jewish imperative, tikkun olam—mending the world—and how we might better accomplish our part. However, those authors' focus on mending the world doesn't stop with recommendations for service but centers just as much, if not more, on far-reaching reform—changing social systems for the better. While written for progressive Jews and their communities, anyone struggling with the age-old conundrum of ...but what can I do? should sample this wonderful buffet of ideas, replete not just with tradition but with innovative interpretations suited to a 21st-century approach toward social action and reform. A must-have for libraries, Hillel chapters and campus multicultural centers, it promises to fuel more than a few late-night conversations, whether around the Shabbat table, boardroom or dorm. (Feb.)
Copyright © Reed Business Information, a division of Reed Elsevier Inc. All rights reserved.

"A must-have book.... This anthology will probably play an important role in advancing the progressive agenda in ... American elections."
―Association of Jewish Libraries

"An essential and engaging source to read, study, refer to and strengthen our resolve. Let all who care about justice or Judaism enter here."
―Melanie Kaye/Kantrowitz, PhD, author, The Colors of Jews: Racial Politics and Radical Diasporism

“Unites the memory of yesterday with the promise of tomorrow. Addresses all of us, here and now.”
―Rabbi Harold M. Schulweis, Valley Beth Shalom

“Rich and passionate, these expressions will inspire you to consider your obligations as a Jew, as an American and as a global citizen, while challenging you to take thoughtful and effective action in the world.”
―Jewish Media Review

“A passion for justice infuses the articles, and the inspiration of Abraham Joshua Heschel shines through clearly.... Gives us hope for a reinvigorated Judaism in the twenty-first century, and a world that will come closer to redemption.”
―Professor Susannah Heschel, author, Abraham Geiger and the Jewish Jesus

“Marvelous … inspires us to do more to bring about the changes that our world so desperately needs.”
―Rabbi J. Rolando Matalon, Congregation B'nai Jeshurun, New York City

“Particularly noteworthy in exploring the role of social action and community organizing as a means of expressing one's Jewishness and Judaism.”
―Jewish Book World

“Varied and interesting … represents the cutting edge of the Jewish prophetic tradition in our contemporary world. Read it and be inspired!”
―Rabbi Arthur Green

“More than meets its mark.... [A] wonderful buffet of ideas, replete not just with tradition, but with innovative interpretations suited to a twenty-first century approach toward social action and reform. A must-have.”
―Publishers Weekly

Rabbi Or N. Rose is an associate dean at the Rabbinical School of Hebrew College. He is the coeditor of God in All Moments: Mystical and Practical Spiritual Wisdom from Hasidic Masters and Righteous Indignation: A Jewish Call for Justice; Jewish Mysticism and the Spiritual Life: Classical Texts, Contemporary Reflections and Speaking Torah: Spiritual Teachings from around the Maggid's Table, Vol. 1 and Vol. 2 (all Jewish Lights).

Jo Ellen Green Kaiser, PhD, has fostered Jewish thinking about social justice for over a decade as an editor at Tikkun and at Zeek: A Journal of Jewish Thought and Culture.

Margie Klein is a passionate activist and budding religious leader. Founder and director of Moishe House Boston: Kavod Jewish Social Justice House, she is a student at the Rabbinical School of Hebrew College. She is the founder of Project Democracy, a program that mobilized 97,000 students to vote in the 2004 election.

Dr. David Ellenson is president of Hebrew Union College–Jewish Institute of Religion. Dr. Ellenson was ordained as a rabbi at HUC JIR and received his PhD from Columbia University. His book After Emancipation: Jewish Religious Responses to Modernity won the National Jewish Book Award. His most recent book, Pledges of Jewish Allegiance: Conversion, Law, and Policymaking in Nineteenth- and Twentieth-Century Orthodox Responsa, was coauthored with Daniel Gordis.

Rabbi Danya Ruttenberg is the author of On Repentance and Repair: Making Amends in an Unrepentant World (Beacon Press, 2022), Nurture the Wow: Finding Spirituality in the Frustration, Boredom, Tears, Poop, Desperation, Wonder, and Radical Amazement of Parenting (Flatiron Books, 2016), a National Jewish Book Award finalist, and Surprised By God: How I Learned to Stop Worrying and Love Religion (Beacon Press), which was nominated for the Sami Rohr Prize in Jewish Literature.

She was named by Newsweek and The Daily Beast as one of ten “rabbis to watch,” as one of 21 “faith leaders to watch” by the Center for American Progress, by the Forward as one of the top 50 most influential women rabbis, has been a Washington Post Sunday crossword clue (83 Down) and, in her younger days, called a “wunderkund of Jewish feminism” by Publishers Weekly.

She is also editor of The Passionate Torah: Sex and Judaism (NYU Press) and Yentl's Revenge: The Next Wave of Jewish Feminism (Seal Press); and co-editor, with Rabbi Elliot Dorff, of three books on Jewish ethics: Sex and Intimacy (JPS); War and National Security (JPS, August 2010); and Social Justice (JPS, August 2010).

She has written for The New York Times, The Atlantic, he Washington Post, Time, and many other publications. She has been featured on NPR, in The Atlantic, USA Today, NBC News, CNN, MTV News, Vice, Buzzfeed News, Upworthy, the Canadian Broadcasting Company, Al Jazeera America, and elsewhere.

She serves as Scholar in Residence at the National Council of Jewish Women (NCJW). More information about her can be found at http://danyaruttenberg.net/.

5.0 out of 5 stars
5 out of 5
3 global ratings
How are ratings calculated?
To calculate the overall star rating and percentage breakdown by star, we don’t use a simple average. Instead, our system considers things like how recent a review is and if the reviewer bought the item on Amazon. It also analyzes reviews to verify trustworthiness.

thomas e.
5.0 out of 5 stars Five Stars
Reviewed in the United States 🇺🇸 on June 22, 2015
Verified Purchase
Quality book in fine condition delivered in a timely way. Thanks.
Read more
One person found this helpful
Report abuse
See all reviews