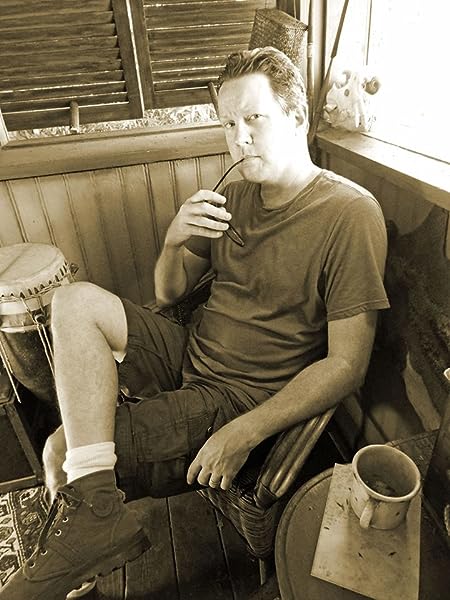 In this unique oral history of Disneyland's iconic attraction, the World Famous Jungle Cruise, dozens of skippers, from the 1950s to the present, share harrowing, humorous, sometimes even horrific tales of their pun-fraught voyages and their behind-the-scenes hellraising.

The Jungle Cruise is that most unusual of Disney attractions where the ride itself is secondary to the cast member. Once the boat leaves the dock, Disney no longer controls the experience; your skipper does.

Welcome to the Jungle...

Page 1 of 1 Start overPage 1 of 1
Previous page
Next page
Start reading Skipper Stories: True Tales from Disneyland's Jungle Cruise on your Kindle in under a minute.

David &quot;Dr. Skipper&quot; Marley, a former Disneyland Jungle Cruise Skipper, has a Ph.D. in History from George Washington University, and currently teaches in the History department at California State University Fullerton. Marley is the creator of the first ever class specifically on the History of Disneyland. Marley has appeared on the History Channel, published articles in scholarly journals, and other professor type things. He has also worked as a performer and comedy writer for Disneyland and is the producer of the popular Jungle Cruise based comedy show The Skipper Show (facebook.com/skippershow).

Marley's next book &quot;The Jungle Cruise: The Crazy History of Walt's Wildest Ride&quot; is due out in Spring 2020.

Under the name Dr. Skipper he sells handmade tiki and Disney related art on his ETSY store.

4.5 out of 5 stars
4.5 out of 5
83 global ratings
How are ratings calculated?
To calculate the overall star rating and percentage breakdown by star, we don’t use a simple average. Instead, our system considers things like how recent a review is and if the reviewer bought the item on Amazon. It also analyzes reviews to verify trustworthiness.
Top reviews

Stephen G.
5.0 out of 5 stars True stories, anecdote length, totally delightful
Reviewed in Canada on January 22, 2020
Verified Purchase
Have you ever been to a party where a bunch of people that have known each other forever start swapping the greatest stories that the group has been through? I'm talking about the legends, the historical moments, the touchstones that changed the group... those times always surprise, tickle, and warm every listener. This book is one of those parties.
Read more
Helpful
Report abuse

Paul jr
5.0 out of 5 stars Great stories
Reviewed in Canada on January 23, 2017
Verified Purchase
This is a compilation of cool memories from skippers from different era. The book is full of realy funny story and touching one too! You will never see this attraction the same again after you read that book.
(sorry for my poor english skill)
Read more
Helpful
Report abuse
See all reviews

Hannah M Pitt
5.0 out of 5 stars Insightful stories behind the scenes.
Reviewed in the United Kingdom on July 14, 2018
Verified Purchase
Great stories which make me want to go ride the ride again and again.
Well written and collated.
Read more
Report abuse

Kenny Vee
2.0 out of 5 stars Repetitive reading
Reviewed in the United States on August 10, 2018
Verified Purchase
You see a lot of repetitive contributions. As opposed to this being coherent stories from skippers, it's a collection of short blurbs -- most from the same few skippers. Some of the tales are fun, but it's a tedious read, especially when different stories in the same chapters contradict each other.

The lack of coherent formatting (at the beginning of each chapter, there's no delineation between when the author's introduction ends and where the "story" submitted by a skipper begins) and quite a few misspellings make for not as fun of a read as I was expecting.

Full disclosure: I'm a former Disneyland cast member, but not a former skipper. However, my memories of working at the park may color my perception of this book. I have a lot of fun stories from my time there, but telling those stories is one thing -- I can't really see them translating into book form. Also, this review is for the ebook version. I cannot speak to the formatting/editing of the paperback version.
Read more
4 people found this helpful
Report abuse

Amazon Customer
5.0 out of 5 stars AWSOME BOOK
Reviewed in the United States on January 11, 2018
Verified Purchase
LOVE THIS BOOK! Such a great read, I took it with me and read it while waiting in line at Disneyland because I am an annual pass holder. Dr. Marley is a phenomenal professor at CSUF and author. This book revealed the experiences and special editions about the jungle cruise and the like no other cast members, the skippers. The structure of this book is fantastic and you'll love all the stories given by actual skippers. I totally recommend!
Read more
2 people found this helpful
Report abuse

Fixy
5.0 out of 5 stars Fun Book!
Reviewed in the United States on September 1, 2017
Verified Purchase
I thought this was a really fun book and I enjoyed reading it. As a long time Disney fan, I know the reputation of the Jungle Cruise and the skippers, but it was great to go behind the scenes and read about the fun things they do that may or may not be within the Disney rules. It makes me wish I'd have looked into the College Program when I had the opportunity! I could read stories like this all day long and I found myself laughing out loud at a few of them. This book doesn't make you think a whole lot, but it is a fun read!
Read more
One person found this helpful
Report abuse

Michael
5.0 out of 5 stars Don't be lost in the Jungle without this book.
Reviewed in the United States on September 1, 2019
Verified Purchase
Great insider stories. This is a good book for those with short attention span because each story is about a paragraph long but they are all arranged to be relivant to the topic of the chapter. Look for the sequel to this book when you are ready for more...
Read more
Report abuse
See all reviews
Back to top
Get to Know Us
Make Money with Us
Amazon Payment Products
Let Us Help You
EnglishChoose a language for shopping. CanadaChoose a country/region for shopping.
© 1996-2022, Amazon.com, Inc. or its affiliates