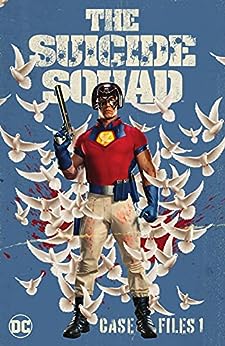 Gerry Conway began his professional comic book career in 1969, when DC Comics published his first work in its anthology The House of Secrets. He went on to co-create the characters Firestorm, Nuclear Man, Vixen and Killer Croc for DC. Conway also worked for Marvel Comics, where he notably wrote "The Night Gwen Stacy Died" in The Amazing Spider-Man #121, as well as serving briefly as that company's editor-in-chief. His numerous writing credits include the first DC/Marvel crossover, Superman vs. Spider-Man.

In addition to comics, Conway has published the science fiction novels The Midnight Dancers and Mindship. He has also written for and/or produced such TV series as Hercules: The Legendary Journeys, Baywatch Nights, Silk Stalkings, Law & Order, Law & Order: Criminal Intent, The Huntress, and Batman: The Animated Series. --This text refers to the paperback edition.

Gerard F. "Gerry" Conway (born September 10, 1952) is an American writer of comic books and television shows. He is known for co-creating the Marvel Comics' vigilante the Punisher and scripting the death of the character Gwen Stacy during his long run on The Amazing Spider-Man. At DC Comics, he is known for co-creating the superhero Firestorm and others, and for writing the Justice League of America for eight years. Conway wrote the first major, modern-day intercompany crossover, Superman vs. the Amazing Spider-Man.

Bio from Wikipedia, the free encyclopedia.

4.6 out of 5 stars
4.6 out of 5
20 global ratings
How are ratings calculated?
To calculate the overall star rating and percentage breakdown by star, we don’t use a simple average. Instead, our system considers things like how recent a review is and if the reviewer bought the item on Amazon. It also analyzes reviews to verify trustworthiness.
Top reviews