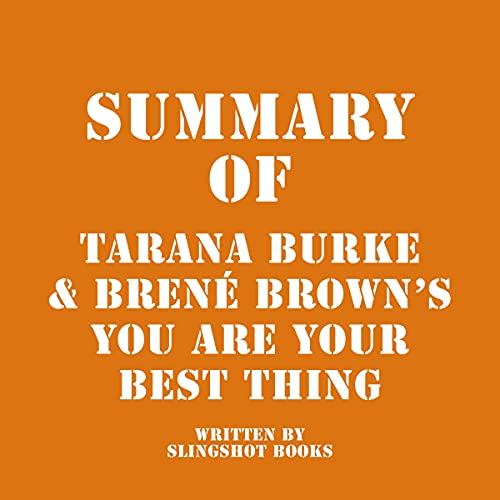 Summary of Tarana Burke & Brené Brown's You Are Your Best Thing

No time to read? Get the main key insights from this summary of Tarana Burke and Brené Brown’s You Are Your Best Thing in just a short listen.

A few key insights from Chapter 1:

1. Jason Reynolds, an award-winning author, and his brother Allen were raised in Washington DC, after their parents and grandparents moved there from South Carolina for better work opportunities.

2. When he was 17, Jason’s mother was diagnosed with cancer in her bladder. During the period of her therapy, Jason had to juggle hospital visits, a paid internship, and college. After his mother survived cancer, Jason moved to New York to chase his dream of becoming a writer.

3. At age 22, Jason got a publishing contract offer. On the same day he had to sign the contract, his mother was admitted to the hospital because surgical scar tissues were blocking her intestines.

4. Jason went to DC, saw his mother briefly, and left to sign his contract before she was admitted to surgery.

Read more
©2021 Slingshot Books (P)2021 Slingshot Books
Previous page
Next page
Learn more about membership
List Price: $4.95
You Save: $0.62 (13%)
By completing your purchase, you agree to Audible's Conditions Of Use and Amazon's Privacy Notice. Tax where applicable.
Sold and delivered by Audible, an Amazon company
Share