Skip to main content
Share
Have one to sell?
Sell on Amazon
Flip to back Flip to front
Listen Playing... Paused   You're listening to a sample of the Audible audio edition.
Learn more
See this image 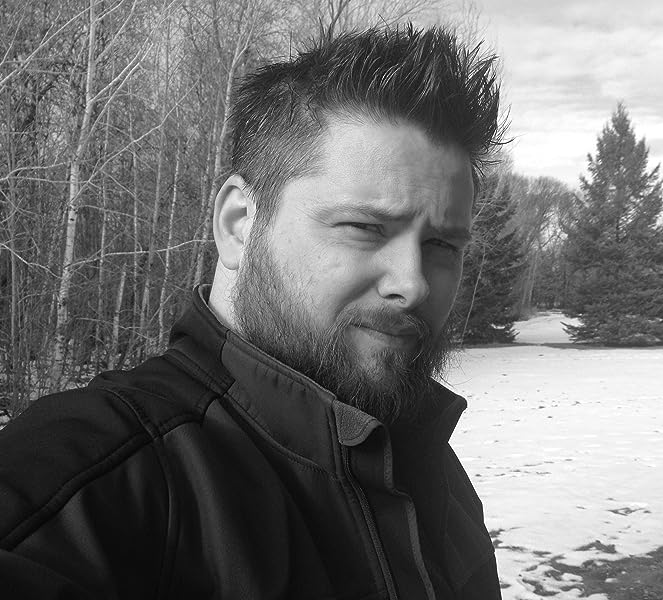 by Peter J. Tomasi (Author), Patrick Gleason (Illustrator)
4.8 out of 5 stars 24 ratings
See all formats and editions
Sorry, there was a problem loading this page. Try again.

Peter J. Tomasi is a New York Times best-selling author known for his current work on Superman and previous projects Batman and Robin, Superman/Wonder Woman, Batman - Detective Comics, and Batman Arkham Knight, along with other commercially successful books including Green Lantern Corps, Brightest Day, Emerald Warriors, and Nightwing. Over the course of his career with DC Comics—more than two decades of hit books—Peter served as a group editor ushering in new eras for Batman, Green Lantern, and JSA along with special projects like Kingdom Come. Peter also is the author of the creator owned books Light Brigade (Dark Horse) with artist Peter Snejbjerg, The Mighty (Dark Horse) with Keith Champagne and artists Peter Snejbjerg and Chris Samnee, and the critically acclaimed horror/drama series House of Penance (Dark Horse) with artist Ian Bertram.

Patrick Gleason loves to create fantastic characters and worlds. His focus on character development and powerful storytelling can be seen in DC’s Batman and Robin, Green Lantern Corps, Aquaman, JLA, Hawkman, and JSA. His ground-laying work alongside Geoff Johns and Dave Gibbons on the miniseries Green Lantern Corps: Recharge made way for the acclaimed ongoing series. The Sinestro Corps War followed, and then the explosive Blackest Night with Peter J. Tomasi. As part of the DC Comics New 52, Patrick lent his artistic vision to the Dynamic Duo of Batman and Robin. Patrick is currently writing and penciling Robin: Son of Batman.

No Kindle device required. Download one of the Free Kindle apps to start reading Kindle books on your smartphone, tablet, and computer.

To get the free app, enter your mobile phone number.

4.8 out of 5 stars
4.8 out of 5
24 global ratings
How are ratings calculated?
To calculate the overall star rating and percentage breakdown by star, we don’t use a simple average. Instead, our system considers things like how recent a review is and if the reviewer bought the item on Amazon. It also analyzes reviews to verify trustworthiness.
Top reviews

greg koshman
5.0 out of 5 stars Post crisis superman returns!!!!
Reviewed in Canada on June 2, 2021
Verified Purchase
My superman was the most crisis superman I grew up reading his stories. Saw his origin retold in "the man of steel" mini series by byrne. Saw him grow into the premiere superhero of earth. Saw him meet lex, the untouchable rich business man who vowed to destroy superman. Saw him meet lois and eventually married her. Saw him go into exile, travel the stars, become a gladiator on warworld. Saw him fight doomsday and die, but eventually came back. And many more stories.

Then all that went away. It never happened. And the "new 52" started and now there was a new younger superman for a new generation. It wasnt my superman and I stopped reading superman for the most part.

Then peter tomasi and Patrick Gleason came around and decided "ok screw this. The post crisis superman survived!!!" And he has just been hiding behind the scenes this whole time!!! With his wife lois!!! And his young son, Jonathan Kent.

This omnibus collects these stories about the superman family. And it's great! The kid who read superman growing up, has now grown up and now reading a mature superdad who has also grown up. It's an amazing read. And I highly reccomend it for anyone who was a fan of post crisis/pre 52 superman. You will love it. And jon/superboy is a character that you will adore. Seriously.

The only flaw this book has, if you can call it a flaw, is that this series went along side another superman series by dan jurgens. Action comics. And to get the complete story, you need to read it. Like this omnibus has a storyline called "superman beyond. It's a crossover with action comics. If you havent read the previous stories in action comics, you will be a bit lost. My hope is we get an "superman by Dan jurgens" omnibus. It will go perfectly with this one.

But all in all? This is a must buy. One of the best superman arcs out there. And a great introduction to the great character of jon Kent.

Then bendis took over the book and wrecked everything. But that another story for another time.
Read more
Helpful
Report abuse
See all reviews

Mark Butler
5.0 out of 5 stars Superman's Greatest Stories
Reviewed in the United States on May 25, 2021
Verified Purchase
In my 40+ years of reading comics, I've read a lot of Superman stories. From the character's evolution in the late 30s and 40s to enough imaginary stories in the 50s to shake a chunk of red kryptonite at. Through reboots good (post-Crisis) and bad (New 52), the Man of Steel has been through it all. Even a resurrection mullet. This book collects Superman's greatest stories. Great action, character development, and best of all heart! It was a celebration of hope and tradition in a fresh and engaging way. I know many readers who gave up on Superman, but were brought back for this run. (If you are a fan of the "Superman and Lois" show, this is the Superman for you too!) Great storytelling at its best. All good things must come to an end, but I still wish Tomasi and Gleason were Superman's creative team. I am grateful for this omnibus. It's worth every penny for the sheer enjoyment alone.
Read more
22 people found this helpful
Report abuse

5.0 out of 5 stars AWESOME
Reviewed in the United States on June 1, 2021
Awesome story
Images in this review

John delos Reyes
5.0 out of 5 stars Superman
Reviewed in the United States on September 1, 2021
Verified Purchase
It looks like the son is about to take dad’s mantle soon. Great direction for the character that will soon bear the title Superman.
Read more
Report abuse
See all reviews
Back to top
Get to Know Us
Make Money with Us
Amazon Payment Products
Let Us Help You
EnglishChoose a language for shopping. CanadaChoose a country/region for shopping.
© 2008-2021, Amazon.com, Inc. or its affiliates