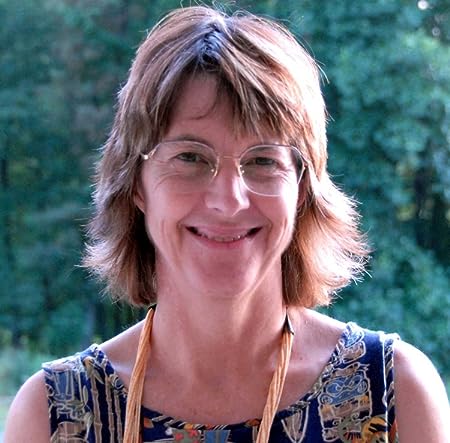 Dr. Bell's adventure in forensic chemistry began a long time ago in a galaxy far to the west of West Virginia. She began with a BS with a double major in chemistry and police science(criminal justice)at Northern Arizona University. She then ventured to the University of New Haven in Connecticut and obtained an MS in forensic science . After working for the New Mexico State Police for several years, she ventured north to Los Alamos National Laboratory where she was an environmental analytical chemist. She returned to university at the ripe old age of 29 at New Mexico State where she obtained her PhD in chemistry working under Dr. Gary Eiceman. Incidentally, three of the four research schools she has been affiliated with have colors of blue and gold, as was her junior high school. This could be fate, it could be destiny, or it could be coincidence.

Suzanne's love of writing began about the time when she was at NMSU, where the pressures of the doctoral program forced her to seek an outlet. She is the author of much mediocre and unpublished fiction and the joy she found in the act of writing led her to test the non-fiction and textbook waters. Currently, she has two projects underway in various stages of completion in addition to the books seen here. 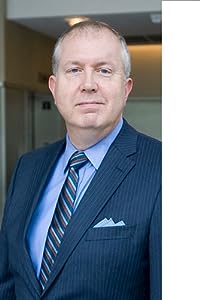 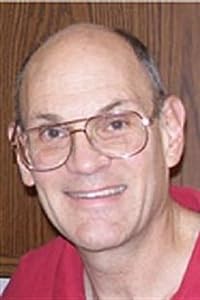 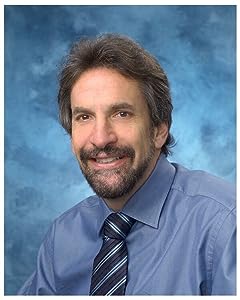 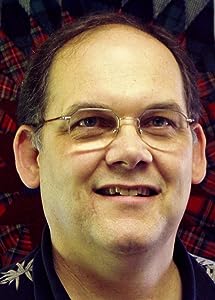 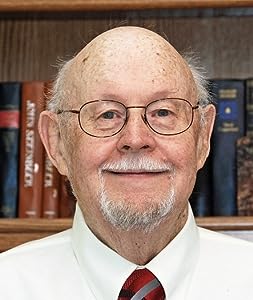 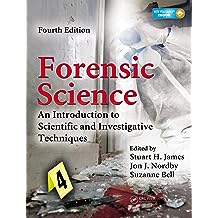 Covering a range of fundamental topics essential to modern forensic investigation, the fourth edition of the landmark text Forensic Science: An Introduction to Scientific and Investigative Techniques presents contributions from experts in the field who discuss case studies from their own personal files. This edition has been thoroughly updated to reflect the cutting edge of forensic science across many different areas.

Designed for a single-term course at the lower undergraduate level, the book begins by discussing the intersection of law and forensic science, how things become evidence, and how courts decide if an item or testimony should be admissible. It takes the evidence from crime scene investigation into laboratory analysis and even onto the autopsy table for the fullest breadth of subject matter of any forensic text available. Topics include

Going beyond theory to application, this text incorporates the wisdom of forensic practitioners who discuss the real cases they have investigated. Color-coded sidebars in each chapter provide historical notes, case studies, and current events as well as advice for career advancement. Each section and each chapter begins with an overview and ends with a summary, and key terms, review questions, and up-to-date references are provided. Appropriate for any sensibility, more than 300 photos from real cases give students a true-to-life learning experience. 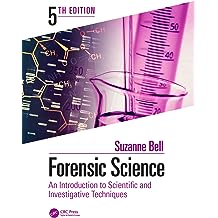 Covering a range of fundamental topics essential to modern forensic investigation, the fifth edition of the landmark text Forensic Science: An Introduction to Scientific and Investigative Techniques presents contributions and case studies from the personal files of experts in the field. In the fully updated 5th edition, Bell combines these testimonies into an accurate and engrossing account of cutting edge of forensic science across many different areas.

Designed for a single-term course at the undergraduate level, the book begins by discussing the intersection of law and forensic science, how things become evidence, and how courts decide if an item or testimony is admissible. The text invites students to follow evidence all the way from the crime scene into laboratory analysis and even onto the autopsy table. Forensic Science offers the fullest breadth of subject matter of any forensic text available, including forensic anthropology, death investigation (including entomology), bloodstain pattern analysis, firearms, tool marks, and forensic analysis of questioned documents.

Going beyond theory to application, this text incorporates the wisdom of forensic practitioners who discuss the real cases they have investigated. Textboxes in each chapter provide case studies, current events, and advice for career advancement. A brand-new feature, Myths in Forensic Science, highlights the differences between true forensics and popular media fictions. Each chapter begins with an overview and ends with a summary, and key terms, review questions, and up-to-date references. Appropriate for any sensibility, more than 350 full-color photos from real cases give students a true-to-life learning experience. 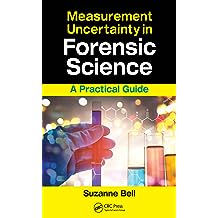 In the courtroom, critical and life-changing decisions are made based on quantitative forensic science data. There is often a range in which a measured value is expected to fall and, in this, an inherent uncertainty associated with such measurement. Uncertainty in this context is not error. In fact, estimations of uncertainty can add to the utility and reliability of quantitative results, be it the length of a firearm barrel, the weight of a drug sample, or the concentration of ethanol in blood.

Measurement Uncertainty in Forensic Science: A Practical Guide describes and defines the concepts related to such uncertainty in the forensic context. The book provides the necessary conceptual background and framework—a baseline—for developing and deploying reasonable and defensible uncertainty estimations across forensic disciplines. Information is presented conceptually, using easily understood examples, to provide a readable, handy reference for scientists in the laboratory, as well as investigators and legal professionals who require a basic understanding of the science underpinning measurement results. 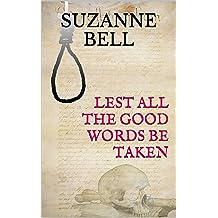 Lest All the Good Words be Taken 2-Jan-2014
by Suzanne Bell
$3.28
The Constitution of the United States is a forgery put in place by George Washington. Two centuries later, Mat Bryerly is thrust into the conspiracy when his father, a noted historian at Yale, dies under peculiar circumstances. With the help of a mysterious woman and a shadowy organization known as the Library, Mat uncovers a twisted family history that began the day an innocent woman was brutally executed in 1787. Mat risks everything to penetrate the very heart of history before a power-hungry Senator and his fanatical followers tear the country apart. Only Mat, the Library, and the woman who dedicated her life to it can stop the violence slowly engulfing the country, a crescendo two hundred years in the making.

Lest All the Good Words be Taken is a historical thriller that tracks two overlapping stories, one taking place immediately after the Revolutionary War, and one in the present day. It will appeal to the traditional thriller/suspense audience as well as to readers of history and historical fiction. Based on extensive research, the novel will intrigue the reader with interpretations of history that are plausible enough to be unsettling. From the Revolutionary War to modern times, the novel carries the reader through believable scenarios that could well have changed the face of the nation. It also introduces a shadowy organization that traces its lineage to the great Library of Alexandria. Located in a hidden underground fortress near Cornwall, England, the sole purpose of the Library is to steal and protect the most important and irreplaceable writings created by the human race. 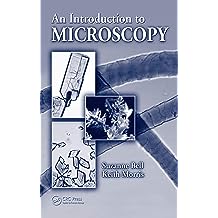 An Introduction to Microscopy 21-Oct-2009
by Suzanne Bell, Keith Morris
( 2 )
$130.00
Microscopy, which has served as a fundamental scientific technique for centuries, remains an invaluable tool in chemistry, biology, healthcare, and forensics. Increasingly, it is being integrated into modern chemical instrumentation and is of value as a powerful analytical tool across many scientific disciplines. Designed to serve as a primary reso
Read more
Other Formats:: Kindle Edition , Hardcover 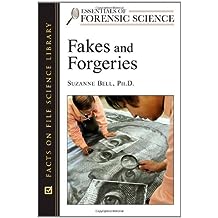 Fakes and Forgeries (Essentials of Forensic Science) 1-Dec-2008
by Suzanne Bell
( 1 )
$39.02 $48.78
This title looks at the modern tools of computers, printers, and scanners to create questioned documents and counterfeits. Beginning with an overview of the start of fakes and forgeries from ancient times to the present, this volume examines the art of analyzing evidence.
Read more
Other Formats:: Hardcover , Paperback 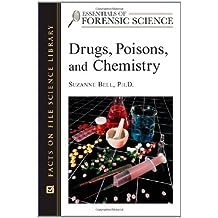 Drugs, Poisons and Chemistry (Essentials of Forensic Science) 1-Nov-2008
by Suzanne Bell
( 1 )
$35.41 $44.26
Forensic chemists and toxicologists work with drugs and poisons, but they each start with different evidence, and often work in labs associated with a medical examiner's office or a hospital. This book touches on all aspects of forensic chemsitry.
Read more
Other Formats:: Hardcover 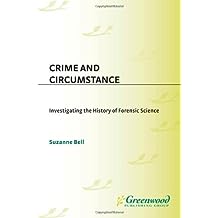 Today, there is more interest in forensic science than ever before. Crime and Circumstance weaves an intriguing tale of how an obscure corner of medicine dating back to ancient times matured into modern forensic science. The author explores the scientific and social threads that created forensic science and continue to drive its evolution in an entertaining narrative that introduces readers to intriguing cases and personalities across history, countries, and cultures and helps readers translate what they encounter in popular media into the reality of forensic science and laboratory investigation.

Through historical and contemporary examples, Bell illustrates how cutting-edge research migrates to forensic laboratories, a transfer that is more indirect than people might expect. Although science and the judicial system both pursue truth, the interface between them is anything but seamless. This unique historical approach focuses on personalities from scientific law enforcement and emphasizes the myriad discoveries made over the years. Through these stories, the reader is introduced to the underlying science in an interesting, lively, and accessible way. 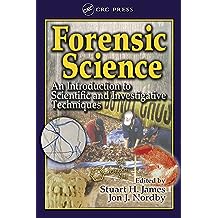 Packed with over 350 full-color illustrations, the book offers a cutting-edge presentation of criminalistics and related laboratory subjects, covering:

In addition, you get full-chapter, state-of-the-art accounts of topics such as:

Highly respected experts active in each discipline share their expertise, their cases, and up-to-date techniques, while careful editing has made that information accessible to non-scientists. Forensic Science: An Introduction to Scientific and Investigative Techniques offers a clear, comprehensive overview that reveals the breadth and richness of the forensic sciences to students entering the field and practitioners who need to collaborate outside their disciplines.
Read more
Other Formats:: Hardcover
Back to top
Get to Know Us
Make Money with Us
Amazon Payment Products
Let Us Help You
EnglishChoose a language for shopping. CanadaChoose a country/region for shopping.
© 2008-2021, Amazon.com, Inc. or its affiliates