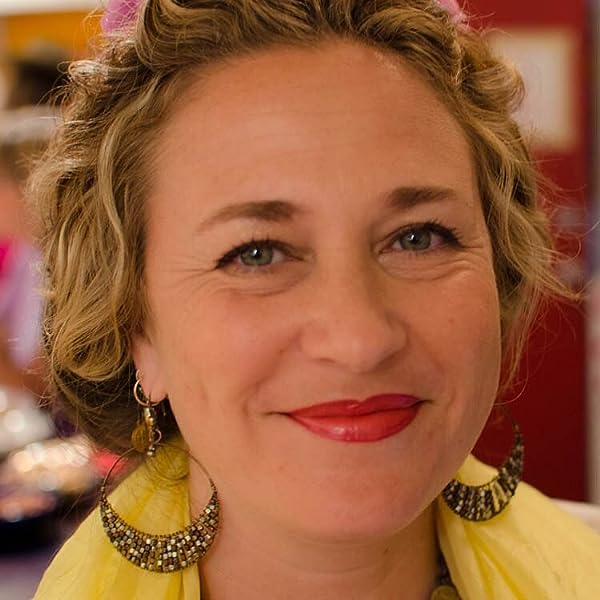 Tea with the Midnight Muse: Invocations and Inquiries for Awakening Hardcover – Jan. 5 2017

by Shiloh Sophia (Author)
4.8 out of 5 stars 55 ratings
See all formats and editions
Sorry, there was a problem loading this page. Try again.

Tea with the Midnight Muse is a collection of poems, rants & prayers written over the span of twenty years to Shiloh Sophia's global community as 'Red Thread Letters.' She considers these writings 'medicine for the soul' as she speaks from her own experience as well as the story of the collective feminine. "This work is an invitation to take a deep dive into the uncharted territory of the Muse as an access point to your own creative fire. Here you discover the sweetness where suffering and joy meet, and ask one another to dance in the mystery".

Part One features over 55 inspirational invocations followed by creative practices which each include inquiries, teachings, and mini-guided journeys. You are led across an alchemical bridge into a secret room of your own. Here you may encounter your own Muse and see what wants to be revealed. The content is designed to awaken and catalyze the reader to choose themselves, their lives, their own creative soul and dive in to what's possible. Part Two features another series of writings, a personal encounter with Shiloh Sophia's wild-hearted Muse who lures her with peanut butter, chocolate and leopard print lingerie, as well as introduces you to the characters in her life, both the dark and light figures which have shaped her into who she is.

This is a call to transcend the old stories and patterns and step into a new framework. "The Muse shows us what we did not see only moments before, that which is peeking out just behind the veil of consciousness and beckons us to the unknown." So get a cup of tea, light a candle, a journal and some colored pens and let's dive in to Tea with the Midnight Muse. You never know what might be revealed. Proceed with caution, contents may have shifted during flight....

Shiloh Sophia lives life as a great adventure narrated by the creative fire of her Muse! She has been painting, writing poetry, publishing books and teaching at universities, the United Nations and in her own programs and around the world for over twenty years.

Her soul work is inspired by the idea that self expression, the freedom to express what each person thinks and feels in the world, is a basic human right. Her research and development around this idea has focused on serving women and girls through giving them access to methods of transformational art-making through stories, symbols and inquiry.

Shiloh is the co-curator and founder of the Intentional Creativity Foundation and Cosmic Cowgirls, a woman and girl owned school that serves between 500 and 5000 women a month through revolutionary education, both on-line and on-location. Musea Sophia, the site of the Cosmic Cowgirls’ school, inn and museum, is located in Sonoma County, California.

Shiloh Sophia has also founded a teacher training program, Color of Woman, which certifies women to teach Intentional Creativity worldwide. Currently there are close to 200 teachers in the lineage who are part of the Intentional Creatives Guild.

Shiloh has brought the technology of Intentional Creativity to academic settings by teaching at universities in Global PhD and Masters programs. She has also presented her work and research at the United Nations 4 years in a row at UNCSW.

Shiloh has published many books on creativity, including coloring books and journals, and has illustrated books and decks including the Mother Mary Oracle with Alana Fairchild and Hard Times Require Furious Dancing for Alice Walker. Her most recent book, Tea with the Midnight Muse, features twenty years of poetry as invocation, along with inquiries to spark your Muse fuse!

Intentional Creativity, an intuitive painting process accessing internal imagery and story, has ancient origins. From explaining our relationship with everything from the cosmos to the Great Spirit, human nature is to create art with intention. Shiloh’s lineage of intentional creativity comes to us from New Deal artist Lenore Thomas Straus, who trained Shiloh’s mentor, artist Sue Hoya Sellars. Sue and Shiloh’s mother, poet Caron McCloud, worked together with Shiloh to bring the method to the world.

Shiloh lives in the vineyard lined hills with her husband, Jonathan, who is also a poet and artist. Their Muses can be found most mornings having tea and discussing quantum physics, philosophy and sacred texts in the Red Thread Cafe. Avant garde. Curate. Culture.

4.8 out of 5 stars
4.8 out of 5
55 global ratings
How are ratings calculated?
To calculate the overall star rating and percentage breakdown by star, we don’t use a simple average. Instead, our system considers things like how recent a review is and if the reviewer bought the item on Amazon. It also analyzes reviews to verify trustworthiness.
Top reviews

Rhonda Williams
5.0 out of 5 stars Love it
Reviewed in the United Kingdom on May 21, 2022
Verified Purchase
Someone I follow recommend this as another wonderful read, short poems that soon got me thinking a lot for sure. Worth a read and can start from anywhere you wish to.
Read more
Report abuse

Kindle Customer
5.0 out of 5 stars Love it!!! But it: you won’t regret it...
Reviewed in the United Kingdom on May 12, 2018
Verified Purchase
Fabulous words! Came all round Europe with me while I was traveling. Can dip into it or read sequentially. Beautiful thought provoking words.
Read more
Report abuse

Havi
5.0 out of 5 stars A Gift for Your Creative Soul
Reviewed in the United States on January 24, 2017
Verified Purchase
What a gift for our creative souls and wild, longing hearts this book is! So many sparks of inspiration, deep inquiries, spiraling worlds of possibility. I find myself randomly opening a page as a sacred gateway into poetic possibilities for my soul and start writing, doodling, visioning inspired by each page. The writing is bold and loving, fun and profound, beautiful and deeply real. I have already dog-eared so many pages to return to again and again.
Read more
10 people found this helpful
Report abuse

Ms. Hobby
5.0 out of 5 stars Cowgirl Boots on a Cosmic Pathway
Reviewed in the United States on January 24, 2017
Verified Purchase
If you are looking for some creative inspiration, permission to walk on a cosmic pathway between worlds, with word and imagery to guide you to internal awareness, this book will surely lead you in an divine direction of expression. Delightful visions of cowgirl boots and winged messengers, deep inquiry to what is hidden within, and a magical key to your heart and soul's longing are just a few of the places you'll explore. Get yourself a copy of this book, a cup of tea, a cozy chair and don't forget to bring your journal. You're bound to find a few lines of poetry to remember!
Read more
8 people found this helpful
Report abuse
See all reviews