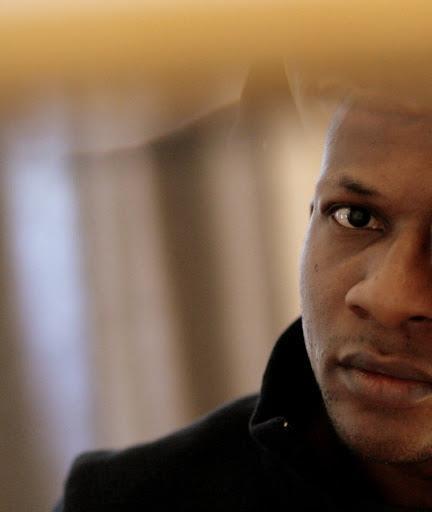 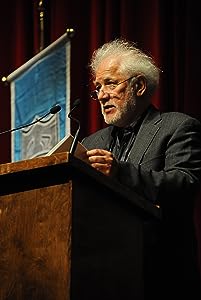 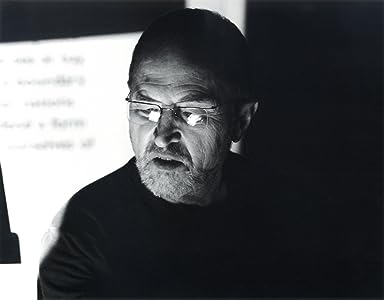 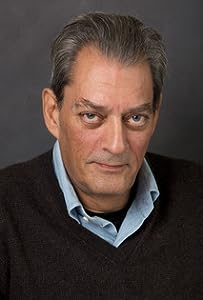 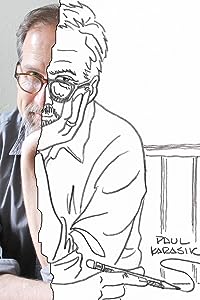 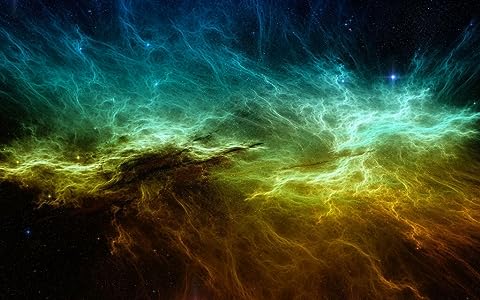 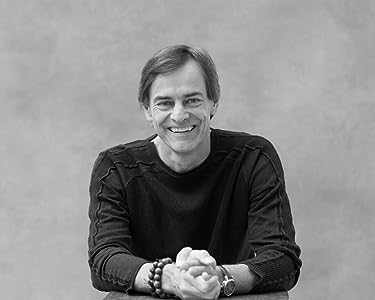 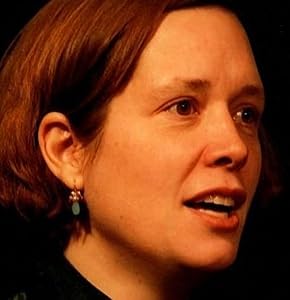 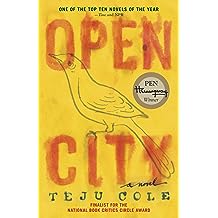 A haunting novel about identity, dislocation, and history, Teju Cole’s Open City is a profound work by an important new author who has much to say about our country and our world.

Along the streets of Manhattan, a young Nigerian doctor named Julius wanders, reflecting on his relationships, his recent breakup with his girlfriend, his present, his past. He encounters people from different cultures and classes who will provide insight on his journey—which takes him to Brussels, to the Nigeria of his youth, and into the most unrecognizable facets of his own soul. 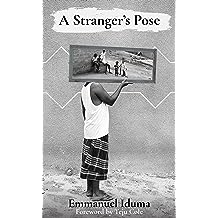 A unique blend of travelogue, musings and poetry, A Stranger's Pose draws the reader into a world of encounters haunted by the absence of home, estrangement from a lover and family tragedies. The author's recollections and reflections of fragments of his journeys to African cities, from Dakar to Douala, Bamako to Benin, and Khartoum to Casablanca, offer a compelling and very personal meditation on the meaning of home and the generosity of strangers to a lone traveller. Alongside accounts of the author's own travels are other narratives about movement, intimacy, the power of language and translation.

Whilst echoing the writings of Anne Michaels and John Berger, this remarkable book charts a path of its own that will redefine travel writing.

Longlisted for the RSL Ondaatje Prize 2019 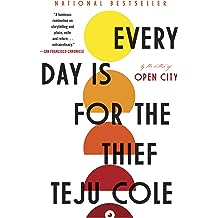 NATIONAL BESTSELLER • FINALIST, PHILLIS WHEATLEY BOOK AWARD • TEJU COLE WAS NAMED ONE OF THE MOST INFLUENTIAL AFRICANS OF THE YEAR BY NEW AFRICAN MAGAZINE

For readers of Chimamanda Ngozi Adichie and Michael Ondaatje, Every Day Is for the Thief is a wholly original work of fiction by Teju Cole, whose critically acclaimed debut, Open City, was the winner of the PEN/Hemingway Award and a finalist for the National Book Critics Circle Award, and was named one of the best books of the year by more than twenty publications.

Fifteen years is a long time to be away from home. It feels longer still because I left under a cloud.

A young Nigerian living in New York City goes home to Lagos for a short visit, finding a city both familiar and strange. In a city dense with story, the unnamed narrator moves through a mosaic of life, hoping to find inspiration for his own. He witnesses the “yahoo yahoo” diligently perpetrating email frauds from an Internet café, longs after a mysterious woman reading on a public bus who disembarks and disappears into a bookless crowd, and recalls the tragic fate of an eleven-year-old boy accused of stealing at a local market.

Along the way, the man reconnects with old friends, a former girlfriend, and extended family, taps into the energies of Lagos life—creative, malevolent, ambiguous—and slowly begins to reconcile the profound changes that have taken place in his country and the truth about himself.

In spare, precise prose that sees humanity everywhere, interwoven with original photos by the author, Every Day Is for the Thief—originally published in Nigeria in 2007—is a wholly original work of fiction. This revised and updated edition is the first version of this unique book to be made available outside Africa. You’ve never read a book like Every Day Is for the Thief because no one writes like Teju Cole.

Praise for Every Day Is for the Thief

“A luminous rumination on storytelling and place, exile and return . . . extraordinary.”—San Francisco Chronicle

“Cole is following in a long tradition of writerly walkers who, in the tradition of Baudelaire, make their way through urban spaces on foot and take their time doing so. Like Alfred Kazin, Joseph Mitchell, J. M. Coetzee, and W. G. Sebald (with whom he is often compared), Cole adds to the literature in his own zeitgeisty fashion.”—The Boston Globe 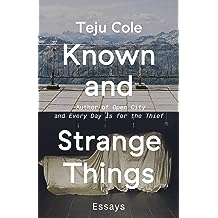 With this collection of more than fifty pieces on politics, photography, travel, history, and literature, Teju Cole solidifies his place as one of today’s most powerful and original voices. On page after page, deploying prose dense with beauty and ideas, he finds fresh and potent ways to interpret art, people, and historical moments, taking in subjects from Virginia Woolf, Shakespeare, and W. G. Sebald to Instagram, Barack Obama, and Boko Haram. Cole brings us new considerations of James Baldwin in the age of Black Lives Matter; the African American photographer Roy DeCarava, who, forced to shoot with film calibrated exclusively for white skin tones, found his way to a startling and true depiction of black subjects; and (in an essay that inspired both praise and pushback when it first appeared) the White Savior Industrial Complex, the system by which African nations are sentimentally aided by an America “developed on pillage.”

Persuasive and provocative, erudite yet accessible, Known and Strange Things is an opportunity to live within Teju Cole’s wide-ranging enthusiasms, curiosities, and passions, and a chance to see the world in surprising and affecting new frames.

Praise for Known and Strange Things

“On every level of engagement and critique, Known and Strange Things is an essential and scintillating journey.”—Claudia Rankine, The New York Times Book Review (Editors’ Choice)

“A heady mix of wit, nostalgia, pathos, and a genuine desire to untangle the world, or at the least, to bask in its unending riddles.”—The Atlantic

“[Known and Strange Things] showcases the magnificent breadth of subjects [Cole] is able to plumb with . . . passion and eloquence.”—Harper’s Bazaar

“[Cole is] one of the most vibrant voices in contemporary writing.”—LA Times

“Cole has fulfilled the dazzling promise of his novels Every Day Is for the Thief and Open City. He ranges over his interests with voracious keenness, laser-sharp prose, an open heart and a clear eye.”—The Guardian

“Remarkably probing essays . . . Cole is one of only a very few lavishing his focused attention on that most approachable (and perhaps therefore most overlooked) art form, photography.”—Chicago Tribune 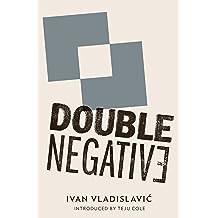 Double Negative 1-Nov-2013
by Ivan Vladislavic, Teju Cole
( 7 )
$9.59 $11.99
Dropout Neville Lister accompanies acclaimed photographer Saul Auerbach for a day, to learn a lesson for life. They play a game: from a hill above Johannesburg they pick three houses and decide to knock on their doors in search of a story. Auerbach's images of the first two will become classic portraits, but soon the light fades. Lister only reaches the third house decades later, returning to post-apartheid South Africa and a Johannesburg altered almost beyond recognition. How to live when estranged from your birthplace? What do you lose when you are no longer lost? Double Negative is a subtle triptych that captures the ordinary life of Neville Lister during South Africa's extraordinary revolution. Ivan Vladislavic lays moments side by side like photographs on a table. He lucidly portrays a city and its many lives through reflections on memory, art and what we should really be looking for.
Read more
Other Formats:: Paperback 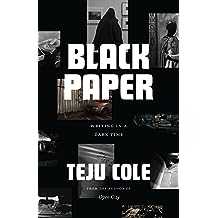 “Darkness is not empty,” writes Teju Cole in Black Paper, a book that meditates on what it means to sustain our humanity—and witness the humanity of others—in a time of darkness. One of the most celebrated essayists of his generation, Cole here plays variations on the essay form, modeling ways to attend to experience—not just to take in but to think critically about what we sense and what we don’t.

Wide-ranging but thematically unified, the essays address ethical questions about what it means to be human and what it means to bear witness, recognizing how our individual present is informed by a collective past. Cole’s writings in Black Paper approach the fractured moment of our history through a constellation of interrelated concerns: confrontation with unsettling art, elegies both public and private, the defense of writing in a time of political upheaval, the role of the color black in the visual arts, the use of shadow in photography, and the links between literature and activism. Throughout, Cole gives us intriguing new ways of thinking about blackness and its numerous connotations. As he describes the carbon-copy process in his epilogue: “Writing on the top white sheet would transfer the carbon from the black paper onto the bottom white sheet. Black transported the meaning.” 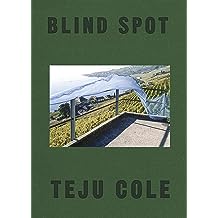 Blind Spot 13-Jun-2017
by Teju Cole, Siri Hustvedt
( 65 )
$12.99 $54.00
In this innovative synthesis of words and images, the award-winning author of Open City and photography critic for The New York Times Magazine combines two of his great passions.

When it comes to Teju Cole, the unexpected is not unfamiliar: He’s an acclaimed novelist, an influential essayist, and an internationally exhibited photographer. In Blind Spot, readers follow Cole’s inimitable artistic vision into the visual realm as he continues to refine the voice, eye, and intellectual obsessions that earned him such acclaim for Open City.

Here, journey through more than 150 of Cole’s original photos, each accompanied by his lyrical and evocative prose, forming a multimedia diary of years of near-constant travel: from a park in Berlin to a mountain range in Switzerland, a church exterior in Lagos to a parking lot in Brooklyn; landscapes and interiors, beautiful or quotidian, that inspire Cole’s memories, fantasies, and introspections. Ships in Capri remind him of the work of writers from Homer to Edna O’Brien; a hotel room in Wannsee brings back a disturbing dream about a friend’s death; a home in Tivoli evokes a transformative period of semi-blindness, after which “the photography changed. . . . The looking changed.”

As exquisitely wrought as the work of Anne Carson or Chris Marker, Blind Spot is a testament to the art of seeing by one of the most powerful and original voices in contemporary literature.

“Common things [are] made radiant by the quality of Cole’s looking. . . . In this new, luminous book, Cole shows himself to be really one of the best at seeing.”—The Guardian

“Stunning . . . feels like the fulfillment of an intellectual project that has defined most of [Cole’s] career.”—Slate

“An eclectically brilliant distillation of what photography can do, and why it remains an important art form.”—San Francisco Chronicle
Read more
Other Formats:: Hardcover 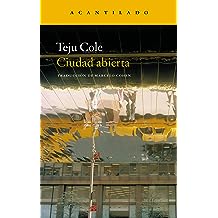