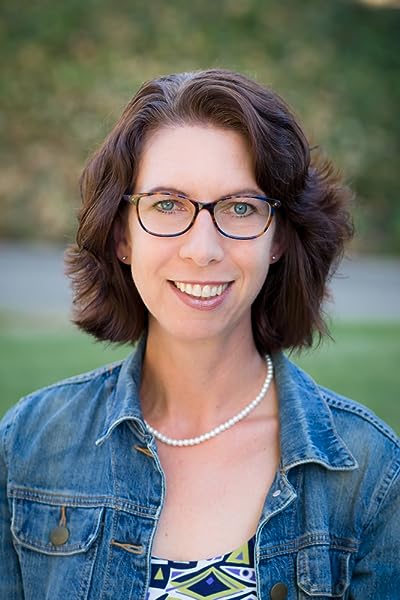 by Gayle E. Pitman (Author), Kristyna Litten (Author)
4.8 out of 5 stars 227 ratings
See all formats and editions
Sorry, there was a problem loading this page. Try again.

In a wildly whimsical, validating, and exuberant reflection of the LGBTQ+ community,This Day In Junewelcomes readers to experience a pride celebration and share in a day when we are all united. Also included is a Note to Parents and Other Caregivers with information on how to talk to children about sexual orientation and gender identity in age-appropriate ways as well as a Reading Guide chock-full of facts about LGBTQ+ history and culture.

This Day in Juneis an excellent tool for teaching respect, acceptance, and understanding of lesbian, gay, bisexual, and transgender people.

A Top Ten Title, American Library Association Rainbow List
Winner, Notable Books for a Global Society Awards
Named one of the most important books of the last decade by The Advocate's "40 Under 40" list
Read more
Previous page
Next page

Total price:
To see our price, add these items to your cart.
These items are shipped from and sold by different sellers.
Show details Hide details
Choose items to buy together.

"The pride primer." --The New Yorker

"A beautifully illustrated, and beautifully explained, look at Pride through the eyes of a child. The book ends with the words, "This day in June, we're all united!" an inspiring message that should be just as uplifting for adults as it is affirming for youth."--Philadelphia Gay News

"This Day In June adds a bright spot for diversity on any bookshelf, and will help bring the true colors and beautiful experience of LGBT pride to life for school age children and their families."--Ellen Kahn, Director of the Human Rights Campaign (HRC) Family Project.

"Pitman, in her first book for children, salutes the LGBT parades that take place across the U.S. in June. Her couplets keep things marching steadily forward, but it's Litten's artwork that creates a sense of joyous excitement and showcases the diversity on display."--Publishers Weekly

"This Day in June is the pride parade picture book queer parents have been waiting for since, oh, 1970. We've needed something that captured the joy and exuberance of the event, and something that helped kids picture the glorious range of gender expression and queer fabulousness that is so righteously on display at Pride (and by contrast so absent in most of our kids' everyday lives). We've wanted a sweet, playful opportunity to talk in advance about what they'll see, what it'll be like. We've wanted to help them get as excited as we do, in anticipation, and have a way to share it with their friends."--VillageQ.com

"Intended for children ages four through eight--but absolutely a book every PFLAGer will want on their shelf--the book serves as an excellent tool for teaching respect, understanding, and affirmation of LGBTQ people."--PFLAG Voice blog

"This beautifully illustrated book is a great addition to a school or personal library to add diversity in a responsible manner without contributing to stereotypes about LGBT people."--School Library Journal

"When you reach the last of this book, you will immediately turn to the beginning pages to read it all over again."--Pride Agenda

"The bouncy rhymes convey feelings and snapshots of parade scenes rather than a narrative storyline, but that doesn't lessen the book's impact. We're introduced to dykes on bikes, people in leather, drag queens and others of varying gender expressions, politicians, marching bands, and parents with their children. The diverse characters in Kristyna Litten's colorful illustrations jump and dance and swirl."--Bay Windows

"The text of Gayle E. Pitman's flows like poetry from page to page and is partnered with the joyous illustrations by Kristyna Litten."--EDGE on the Net

"Curious children who are learning about gender, identity, and self-expression will love learning about the diverse and unwavering LGBT community in a colorful book that celebrates pride. Parents who are eager to talk to their kids about the ways in which people are different, or about LGBT Pride month in general will find that This Day In June provides excellent context and serves as a conversation starter."--One Equal World

"If you have never been to a pride parade, read this book to see what you are missing." --No Time for Flash Cards

Gayle E. Pitman, PhD,is a professor of psychology and women's studies at Sacramento City College. Her teaching and writing focuses on gender and sexual orientation, and she has worked extensively with the lesbian, gay, bisexual, and transgender (LGBTQ+) community. She is the author ofThis Day in June,When You Look Out the Window, andSewing the Rainbow. She lives in California. Visit her at www.gaylepitman.com and follow her on Facebook: @GaylePitmanAuthor, Twitter: @GaylePitman, and Instagram: @GaylePitman.

Kristyna Littenstudied illustration at Edinburgh College of Art. Kristyna is influenced by books and animation from Eastern Europe which has led to a fascination for illustrating and writing her own picture books. She prefers to draw quickly to give an energetic line quality to her illustrations, often adding color and other hand-produced textures digitally. She lives in England. Follow Kristyna on Facebook: @KristynaLitten and Twitter: @KristynaLitten.

4.8 out of 5 stars
4.8 out of 5
227 global ratings
How are ratings calculated?
To calculate the overall star rating and percentage breakdown by star, we don’t use a simple average. Instead, our system considers things like how recent a review is and if the reviewer bought the item on Amazon. It also analyzes reviews to verify trustworthiness.

Amazon Customer
4.0 out of 5 stars Great way to introduce LGBT+ history to small children
Reviewed in Canada 🇨🇦 on January 6, 2019
Verified Purchase
I didn't realize this book as for toddlers since it has paper and not cardboard pages, but my 4-year-old likes the colourful pictures and simple story.
Read more
Helpful
Report abuse

Charlotte
5.0 out of 5 stars All invited. All excited.
Reviewed in Canada 🇨🇦 on June 25, 2016
Verified Purchase
This is a fantastic book for young children. My 4 year old loves the colours and all the things to see in each picture. There's a wonderful parent guide at the back which can help facilitate discussion with kids about Pride.
Read more
Helpful
Report abuse

Amazon Customer
2.0 out of 5 stars Fast being overtaken by better books
Reviewed in the United Kingdom 🇬🇧 on December 16, 2019
Verified Purchase
This was a ground breaker in its day but now seems decidedly old hat. I must admit I never liked this book, the rhymes seem forced. Many better LGBT books around now (Julian is a mermaid etc) but as far as I know this is the only one about attending Pride.
Read more
Report abuse

Alice Poppy Rodway
3.0 out of 5 stars Not what I expected
Reviewed in the United Kingdom 🇬🇧 on December 3, 2020
Verified Purchase
Thought this would be about the origins of mardigras but it’s more just a description of a modern day mardigras
Read more
Report abuse

Amazon Customer
5.0 out of 5 stars Great book
Reviewed in the United Kingdom 🇬🇧 on August 11, 2016
Verified Purchase
Gteat book. We read a few times before going to pride.
The kids loved it and we could talk about it after the parade too.
Highly recommend it.
Read more
Report abuse
See all reviews