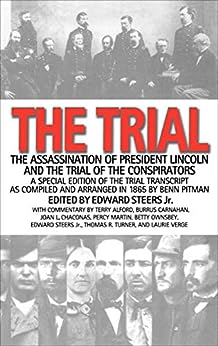 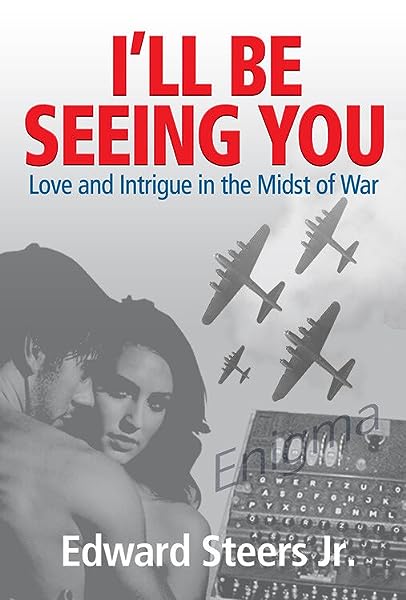 The Trial: The Assassination of President Lincoln and the Trial of the Conspirators Kindle Edition

Transcripts from the trial of John Wilkes Booth’s co-conspirators, plus commentary:“Unquestionably the world-class expert on . . . Lincoln’s assassination.” ―Civil War News

On the night of April 14, 1865, John Wilkes Booth assassinated President Abraham Lincoln in what he envisioned part of a scheme to plunge the federal government into chaos and gain a reprieve for the struggling Confederacy. The plan failed. By April 26, Booth was killed resisting capture and eight of the nine conspirators eventually charged in Lincoln's murder were in custody. Their trial would become one of the most famous and most controversial in US history.

New president Andrew Johnson’s executive order on May 1 directed that persons charged with Lincoln’s murder stand trial before a military tribunal. The trial lasted more than fifty days, and 366 witnesses gave testimony. Benn Pitman, an expert in phonography—an early form of shorthand—was awarded a government contract to produce a transcription of each day’s testimony. Pitman made these transcripts available to the prosecution and defense, as well as select members of the press.

Although three versions of the testimony were published, Pitman’s edited collection was the most accessible. He skillfully winnowed the 4,300 pages of transcription into one volume, collated the testimony by defendant, indexed it by name and date, and added summaries.

In The Trial, assassination scholars guide readers through all 421 pages of testimony, illuminating Pitman’s record. By drawing together the evidence that resulted in the conspirators’ convictions, The Trial leaves no doubt as to the events surrounding the assassination of Abraham Lincoln, making this book a fascinating account of the trial as well as an essential resource.

“Steers’s lineup is truly expert—readers will be able to distinguish between fact and fancy and come away with a far better understanding of Lincoln’s assassination.” —William Hanchett, author of The Lincoln Murder Conspiracies

" The Trial is an invaluable resource and a world-altering reading experience." -- San Francisco Book Review

"" The Trial's major strength is that it has been assembled by Edward Steers Jr., unquestionably the world-class expert on Abraham Lincoln's assassination. He has enlisted first-class assistance from other experts, each of whom provides lucid and thoughtful input."" -- Civil War News

""Brings significant value to the field of Lincoln studies. Edward Steers is the nation's leading authority on the Lincoln assassination. His activities as a lecturer and a scholar have developed an impressive network in the Lincoln historical community." -- Joseph Edward Garrera, President, Lincoln Group of New York" --

""Under the guidance of the experts -- Steers's line-up is truly expert -- readers will be able to distinguish between fact and fancy and come away with a far better understanding of Lincoln's assassination. Everyone with a general or scholarly interest in the assassination and the war will want to have this book." -- William Hanchett, author of The Lincoln Murder Conspiracies" --

"A first rate book that gives all of the details about Lincoln's assassination and the conspirators' trial." -- The Lone Star Book Review

"A valuable work.... Even casual perusers will find passages that tell them something interesting about some of the Confederacy's more sinister schemes, as well as the political atmosphere of immediate postbellum America." -- Books and Culture

"An invaluable reference work and a book that anyone with a serious interest in the Lincoln conspiracy ought to own." -- Journal of Southern History

"Beginning with essays by Steers and other Lincoln scholars about Booth and the eight people arrested as part of the conspiracy, most of the book consists of testimony and legal arguments from the trial transcript. Far from a slipshod investigation, the case looks pretty strong against those accused, with witness testifying to their various meetings before the assassination. Fascinating stuff for history buffs. -- The Hancock News" -- Hancock News

"Brings together a special edition of the trial transcript and ninety pages of commentaries by modern authorities on testimony deemed important to both the prosecution and the defense." -- Journal of Illinois History

"Edward Steers Jr., an accomplished historian who has written informative books on Lincoln's assassination, offers a fairly light hearted- but fully documented- look at some of the legends and myths that have bedeviled our understanding of the 16th president and his times." -- Bowling Green Daily News

"Qualifies as the single most important volume on the Lincoln assassination." -- Joseph Edward Garrera

"Reading about something is one thing, but reading the actual testimony - for instance, a witness's play-by-play of John Wilkes Booth's final moments - made the event real in a way I'd never experienced before. I had no idea that Ulysses S. Grant and General Hamilton (Alexander Hamilton's grandson) were among those who testified, or that so much energy was invested in tying the conspirators to ongoing intrigues wiht the Confederate Secret Service. In addition, the actual protocols and arguments are fascinating, taking you through the nuts and bolts of trying a case of such magnitude. The Trial is an invaluable resource and a world-altering reading experience. -- San Francisco Book Review" -- Glen Dallas, San Francisco Book Review

"Steers is meticulous but never boring, and readers will be fascinated by the variety of tales told about Lincoln's life and death." -- Indiana Magazine of History

"Succeeds in gathering under one cover the essential and unvarnished details of that tragic and twisted affair, including the shadowy presence of the Confederate Secret Service." -- The Washington Times

"The Lincoln scholar, and even those with a less consuming interest in the murder of the Savior of the Union, will find this book fascinating." -- Signal Flag

Edward Steers Jr. is the author of numerous books including Blood on the Moon: The Assassination of Abraham Lincoln, Lincoln Legends: Myths, Hoaxes, and Confabulations Associated with Our Greatest President, and The Lincoln Assassination Encyclopedia. He lives in Berkeley Springs, West Virginia. --This text refers to the hardcover edition.

Edward Steers, Jr. (University of Pennsylvania, AB, PhD), is the leading authority on the assassination of Abraham Lincoln. He has authored eight books on Lincoln’s death including Blood on the Moon, The Lincoln Assassination Conspirators, His Name is Still Mudd, and The Lincoln Assassination Encyclopedia. In addition to fourteen print books Ed has written he has nine eBooks (digital) listed with Amazon.com. He served as an advisor to the President’s Lincoln Bicentennial Commission, and as a member of the West Virginia Lincoln Bicentennial Commission. Ed has appeared on numerous television and radio shows including PBS’s “Morning Edition” with Bob Edwards, the Canadian Broadcasting System, Public Braodcasting’s “American Experience,” CSPAN’s “Book Notes” with Brian Lamb, The History Channel, The Discovery Channel, and the A & E network, Fox network’s “Crossfire” with Robert Novak, and was interviewed by Matt Lauer on the NBC Today Show. Among the honors he has received are the “Person of the Year” award from the Lincoln Group of the District of Columbia, the Lincoln Group of New York’s “Achievement Award,” and the “Lifetime Award of Achievement for Enduring Scholarship in the Field of Lincoln Research” by the Lehigh Valley Heritage Museum.

4.1 out of 5 stars
4.1 out of 5
21 global ratings
How are ratings calculated?
To calculate the overall star rating and percentage breakdown by star, we don’t use a simple average. Instead, our system considers things like how recent a review is and if the reviewer bought the item on Amazon. It also analyzes reviews to verify trustworthiness.
Top reviews

Michael J Woznicki
5.0 out of 5 stars The best reading on this subject I have seen so far.
Reviewed in Canada on August 22, 2003
In 1865 President Lincoln was assassinated by John Wilkes Booth, this is commonly known by most people. But what is not known is that there were eight others who had a part in the conspiracy to kill the president.

Unlike the other books I have read on the subject; this one has very little plot, in fact the book spends more time talking about the trial rather than the events leading to the assassination. Rather the author has put together the actual court transcripts of the testimony against each of the conspirators.

After reading the text, which took about 5 hours, I learned more about those involved and even found out a few new things along the way. I found the discussion about Dr. Mudd so intriguing I spent several hours on the internet reading about him.

I found the book well documented and researched. The author has certainly seemed to leave no stone unturned. Overall this book is the best overall presentation into the murder and conspiracy I have read so far.

If you are looking for serious information about the Lincoln Assassination or just wondering what happened than this book is the place to start looking.
Read more
Helpful
Report abuse
See all reviews

Mercedes P. Brown
5.0 out of 5 stars Great Addition
Reviewed in the United States on August 3, 2015
Verified Purchase
This is an excellent addition to the Lincoln Assassination memorabilia I have collected through the years. Informative and a great account of the trial from actual transcripts. Worth the money and more.
Read more
One person found this helpful
Report abuse

CoCo
5.0 out of 5 stars Great condition
Reviewed in the United States on January 4, 2019
Verified Purchase
Perfectly described, and got it quickly. Awesome book for my brother in law's collection.
Read more
Report abuse

D. West
5.0 out of 5 stars REEVALUATION
Reviewed in the United States on March 4, 2010
Verified Purchase
A few weeks ago I wrote a bad review of this book. I suppose it was just because I had a bad day at the office so to speak. I had quickly scanned through the book and at first glance it wasn't what i thought it would be. But after actually taking the time to read it I was overwhelmed and felt bad about the review I gave earlier. This is a great book with good insight by many of the leading Lincoln scholars. So i stand corrected and highly recommend this book.
Read more
11 people found this helpful
Report abuse

David Petrick
4.0 out of 5 stars Interesting read.
Reviewed in the United States on July 31, 2017
Verified Purchase
Summary at the beginning of the book is excellent. The trial transcript has only witness answers, so less than perfect.
Read more
2 people found this helpful
Report abuse