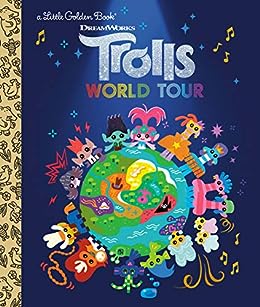 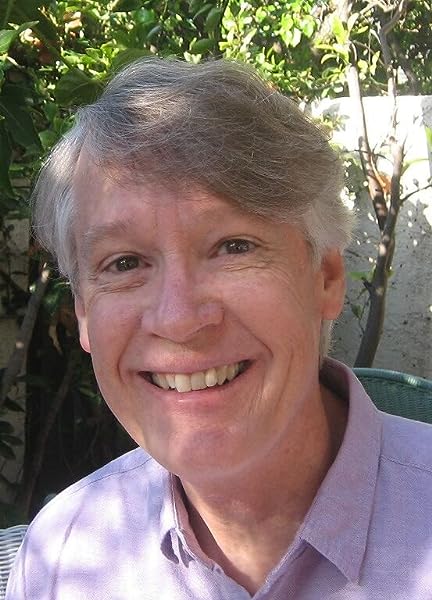 Trolls fans ages 2 to 5 will love this beautifully illustrated Little Golden Book, which is a complete retelling of DreamWorks Trolls World Tour! In the beginning, it's all glitter and happiness in Troll Village until Queen Poppy and Branch make a surprising discovery--there are other Troll worlds beyond their own, each defined by a different genre of music! When a mysterious threat puts all the Trolls across the land in danger, Poppy, Branch, and their band of friends must embark on an epic quest do the impossible: create harmony among the diverse Trolls to unite them against certain doom.
Read more
Previous page
Next page
Fire Tablets
Free Kindle Reading Apps
Available on these devices

David Lewman is a children’s book author who has written more than 65books starring SpongeBob SquarePants, Jimmy Neutron, the Fairly OddParents, G.I. Joe, the Wild Thornberrys, and other popular characters. His works include Batter Up!, Drop the Beat!, and The Knight Before Christmas.

Alan Batson is a British cartoonist and illustrator. His works include Everything I Need to Know I Learned from a Star Wars Little Golden Book, Everything That Glitters is Guy!, and Baby McStuffins.

Fabio Laguna is an illustrator. His works include Frosty the Snowman, Belle is My Babysitter, and A Cake to Bake.  --This text refers to the hardcover edition.

David Lewman is the author of over 150 books for young readers starring such well-known characters as SPONGEBOB, TEENAGE MUTANT NINJA TURTLES, MINIONS, RUGRATS, RABBIDS, and the TROLLS. He has written and story-edited animated shows for Nickelodeon, Disney, Cartoon Network, Comedy Central, and MTV, including YELLOW YETI, LING LING, KICK BUTTOWSKI, GEORGE OF THE JUNGLE, SPACEBALLS, LUCKY FRED, REKKIT RABBIT, FRESH BEAT BAND OF SPIES, ROLLING WITH THE RONKS, MONDO YAN, PINY, BUDDY THUNDERSTRUCK, GET BLAKE, DJ & THE FRO, YIN YANG YO, TAK & THE POWER OF JUJU, PINKY DINKY DOO, 3 SOUTH, and DRAWN TOGETHER. He wrote for the live-action sitcom 3RD ROCK FROM THE SUN and the reality show MY LIFE IS A SITCOM. David has also written SpongeBob comics.

4.8 out of 5 stars
4.8 out of 5
2,138 global ratings
How are ratings calculated?
To calculate the overall star rating and percentage breakdown by star, we don’t use a simple average. Instead, our system considers things like how recent a review is and if the reviewer bought the item on Amazon. It also analyzes reviews to verify trustworthiness.
Top reviews

Jac H
5.0 out of 5 stars Daughter loves it
Reviewed in Canada on July 9, 2020
Verified Purchase
This is my daughter favourite book! She love Poppy and Queen Barb.
Read more
Helpful
Report abuse

Cally Gregg
5.0 out of 5 stars great for your kids
Reviewed in Canada on January 15, 2021
Verified Purchase
another little golden book loved by my toddler😁
Read more
Helpful
Report abuse
See all reviews

kelly
2.0 out of 5 stars Not the real ending
Reviewed in the United Kingdom on June 25, 2020
Verified Purchase
This book seems a bit cheaply made. Plus the story is NOT the same as the Dreamworks real Trolls 2 world tour film. My little one was disappointed.
Read more
One person found this helpful
Report abuse

Aidan Reid
3.0 out of 5 stars Small print - & not a lot of it!
Reviewed in the United Kingdom on October 19, 2020
Verified Purchase
Aimed at younger readers but the print is a bit small... content is a bit sparse... not cheap either... but my grand daughter likes it so...
Read more
Report abuse

Vee
3.0 out of 5 stars Not cute images
Reviewed in the United Kingdom on May 14, 2020
Verified Purchase
Just as shown ugly images, all got black eyes n look like dead trolls weird not cute
Read more
Report abuse

Zephryn
4.0 out of 5 stars TROLL BOOK
Reviewed in the United Kingdom on September 6, 2020
Verified Purchase
Daughter loves the film. Book is great!
Read more
Report abuse
See all reviews
Back to top
Get to Know Us
Make Money with Us
Amazon Payment Products
Let Us Help You
EnglishChoose a language for shopping. CanadaChoose a country/region for shopping.
© 1996-2022, Amazon.com, Inc. or its affiliates