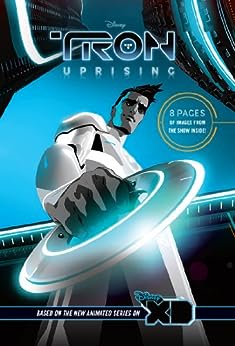 Scott Beatty has authored adventures for many of comics' most iconic characters, including Batman and Robin tales for DC Comics, as well as The Phantom and Buck Rogers for Dynamite Entertainment. He has also contributed comics stories to IDW (G.I. Joe), Dark Horse Comics (Star Wars Tales), and Crossgen Comics (Ruse). With collaborator Chuck Dixon, Scott wrote BATGIRL YEAR ONE, named Best Miniseries of 2003 by WIZARD Magazine, as well as the bookending minis ROBIN YEAR ONE and NIGHTWING YEAR ONE. Scott also revamped the classic Charlton Comics character SON OF VULCAN for DC, co-engineered the epic JOKER'S LAST LAUGH crossover event, and wrote BATMAN: GOTHAM KNIGHTS for 17 issues.

At DC's WILDSTORM imprint, Scott wrote WILDSTORM: REVELATIONS, NUMBER OF THE BEAST, and GEN13. Outside of comics, Scott has written G.I. Joe and Transformers animation, as well as more than a dozen books about superheroes, including the best-selling "How To Be" BATMAN HANDBOOK from Quirk Books. Scott's other works for Dynamite include THE BIONIC MAN ANNUAL #1, RED SONJA ANNUAL #4, THE SHADOW SPECIAL #1, MERCILESS: THE RISE OF MING #1-4, SHERLOCK HOLMES YEAR ONE #1-6, the latter of which was adapted into a digital prose novel. Scott also writes a popular action figure blog (http://plasticmemorial.blogspot.com). His latest projects can be found at http://scottbeatty.blogspot.com.

4.9 out of 5 stars
4.9 out of 5
15 global ratings
How are ratings calculated?
To calculate the overall star rating and percentage breakdown by star, we don’t use a simple average. Instead, our system considers things like how recent a review is and if the reviewer bought the item on Amazon. It also analyzes reviews to verify trustworthiness.

Autumn Reed
4.0 out of 5 stars Good Tron Uprising adaptation of parts 1 & 2 1/2 episodes of "The Renegade"
Reviewed in the United States 🇺🇸 on January 9, 2013
Verified Purchase
Watching a television series or movie is different than reading it's adaptation in book form. And this is how it should be. In this form of media one gets into the minds and emotions of the characters. I was somewhat confused as to why the story ended at a point where it had. One could have easily felt "left-hanging" as Beck proceeded into a rescue mission. Then, before we see if he's even successful or even goes back to Tron to tell him he wishes to proceed with his training, "the end".

However giving this more thought the storyline is focused more-so on Beck on his introduction as well as his feeling "into the role" of the shoes of the legendary Tron, the mentor who's name and persona he's expected to follow as he learns the whys and reasons he must lead an upcoming revolution. Tron, his mentor, supportive role. Meanwhile, Beck's friend Cutler unknowingly echoes Tron's encouragement as Beck struggles with what's expected of him. Looking at it from this perspective the novel does pretty well as a "one-shot". Looking at it any other way may cause one to conclude it's unfinished.

Yet, had there been a series of novels was written to be an adaptations of the series, I would have expected them to be more exploring of the episodes in question in full.

The reason why I didn't give this a 5-star review is...there are some misprints in the book. For example, Cutler and Beck are speaking together when they're inhabiting a cell at the Colosseum. Beck will make a statement and, instead of Cutler being the one to make a response "Zed", one of Beck's friends (who isn't even there) does so instead. Apparently it's a typo. And there are a minuscule number.

Strangely, when I first ordered the book, I first thought it was the adaptation of "Beck's Beginning", not "The Renegade". So, if your looking for the Prelude to the series, Disney decided to simply go for the 2 parter episodes instead.
Read more
2 people found this helpful
Report abuse

Lalla
5.0 out of 5 stars Book is same as series! Awesome!
Reviewed in the United States 🇺🇸 on April 29, 2020
Verified Purchase
Awesome book and packaged with care
Read more
Report abuse

steve kane
5.0 out of 5 stars Tron Uprising!! Great for fans of all ages
Reviewed in the United States 🇺🇸 on April 17, 2015
Verified Purchase
Great adventure, well written book that keeps you interested. Any fan of Tron would love this book, young or old.
Read more
Report abuse
See all reviews
Report an issue
Does this item contain inappropriate content?
Report
Do you believe that this item violates a copyright?
Report
Does this item contain quality or formatting issues?
Report